Review: Dolemite Is My Name is a triumphant showcase for Eddie Murphy 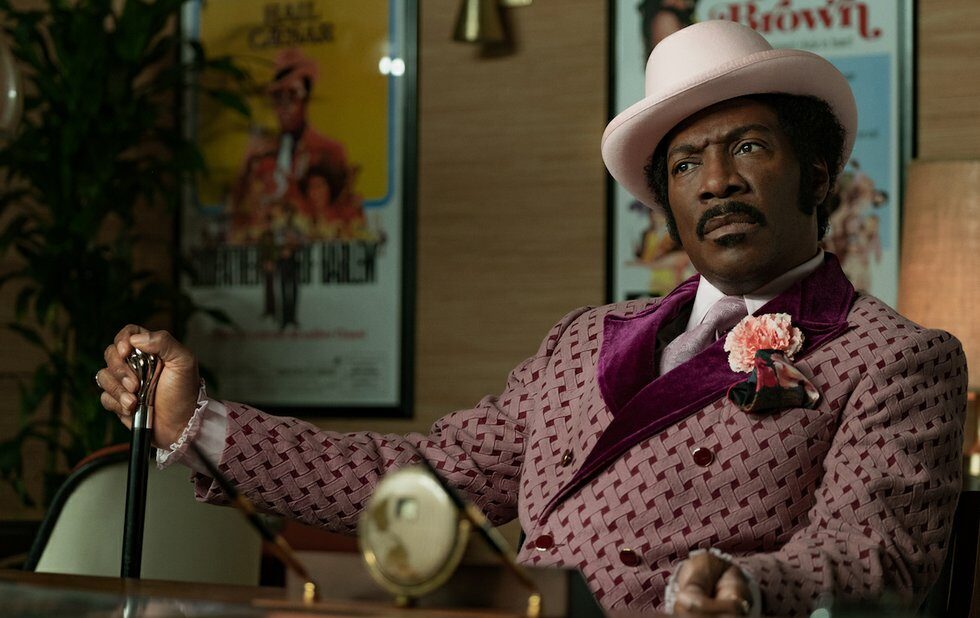 Dolemite Is My Name doesn’t ask the hard questions. Raunchy, funny and celebratory, Craig Brewer’s biopic on Rudy Ray Moore, the comedian behind mid-70s blaxploitation classics Dolemite and The Human Tornado, avoids the stuff that could kill its vibe.

The misogyny of Moore’s comedy is treated as a given. And the racism of the time is only lightly dealt with, largely in conversations about onscreen representation that sound like they were written today as opposed to spoken in the 70s.

Brewer, the white director behind such deep-fried fare as Hustle & Flow and Black Snake Moan, has crafted the most frictionless account of what African-Americans had to put up with in the 70s. That feels subversive in its own way. Why not just have a fun and politics-free celebration of what Moore and his unlikely film crew pulled off against all odds? You know, like what James Franco did with The Disaster Artist.

Ultimately, Dolemite is a triumphant showcase for Eddie Murphy. His take on Moore is also a nuts-and-bolts look at what goes into a comic performance – and it’s coming from one of the world’s greatest comedians.

Early scenes in which the lines are concocted and the delivery is practised – as Murphy plays Moore playing Dolemite – are powerful as both artistry and tribute. Moore, as influential as he was on people like Murphy, never transcended his niche to become anywhere near as popular as the Delirious comedian.

Having Murphy tell Moore’s story as intimately as if it were his own is a moment. Savour it.