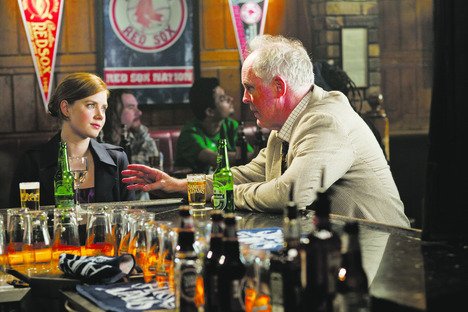 I wish I liked Leap Year a little more.

I’m fond of both of its stars, Amy Adams and Matthew Goode, and they’re nicely paired here as your typical mismatched couple of strangers – she a type-A American, he a laid-back Irishman – thrown together by fate.

See, it’s a leap year, and ye olde Irish tradition dictates that women may propose marriage to their swains on the 29th of February (because women aren’t allowed to take the initiative more often than once every four years in Ireland, I guess), so Boston-based Adams flies over to pop the question to her long-time boyfriend (Adam Scott) at a conference in Dublin.

But bad weather diverts her flight to Cardiff, which necessitates a boat trip to the tiny Irish town of Dingle, at which point Adams stumbles into Goode’s struggling pub and hires his services as a taxi driver to get her to Dublin.

Naturally, things get bollixed up, and the two of them end up trudging along on foot through the vast green fields of Ireland, taking in the local culture (cows, castles, the occasional border collie) and slowly falling for each other.

Adams and Goode are affable, charming actors who look great to gether, and it’s not exactly a chore watching the two of them squabble for most of the picture. Where Leap Year falters is in its script, which has been composed with such indifference to character and situation that you’d think it was grown in a lab rather than written by actual human people Deborah Kaplan and Harry Elfont. (To be fair, they seem to save their best stuff for the movies they direct themselves, like Can’t Hardy Wait and Josie And The Pussycats. When they’re working for hire, we get A Very Brady Sequel and Made Of Honor.)

Director Anand Tucker (Shopgirl, And When Did You Last See Your Father?) brings his usual visual fetishism to bear but still doesn’t understand pacing or intimacy. Thus, his static shots look splendid – particularly a moonlit beach sequence. But when actual emotion is called for, he pays more attention to focal lengths than heartstrings.

Adams and Goode give it their best shot, though. And Scott tries awfully hard to invest his third-wheel character with something approximating self-awareness. (He’s a preoccupied car diologist, not a knuckle-dragging jerk.)

But the movie around them just doesn’t care what they do. It has a foregone conclusion to reach, and it can’t be bothered with distractions like humanity or originality.[rssbreak] 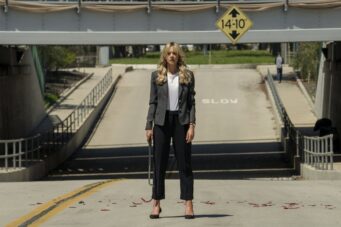 Carey Mulligan commits fully to Emerald Fennell's stylish feature debut, but the movie is less than the sum of its.