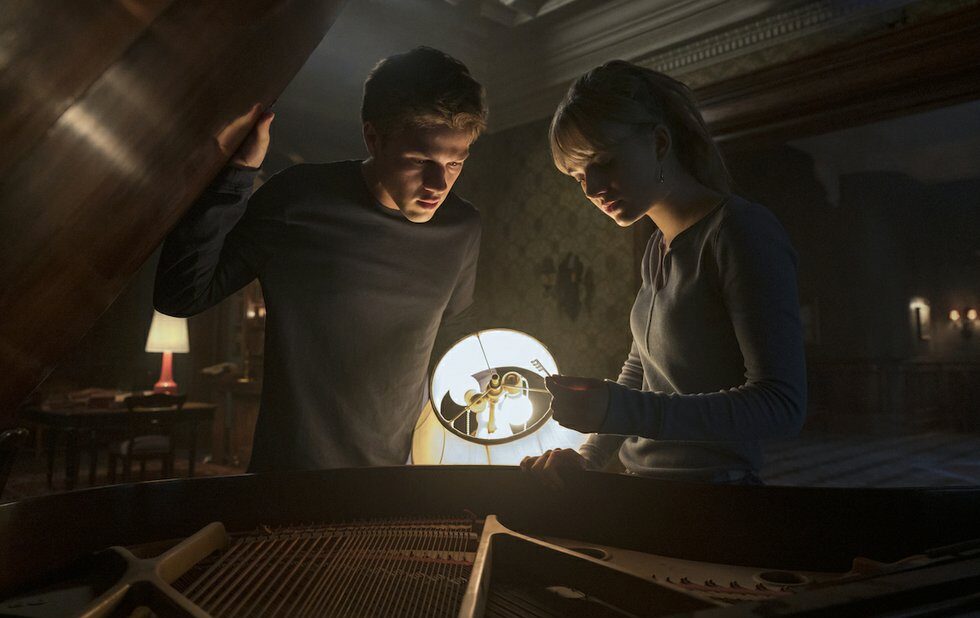 Each episode of Locke & Key opens with sprightly theme music and a pen-and-ink title treatment that recalls the mildly creepy illustrations of Edward Gorey. Fans of the source comics might wonder why Joe Hill and Gabriel Rodríguez’s relentlessly grim series suddenly feels like a lost Lemony Snicket story… but stay with it. The show finds a middle ground that’s pretty interesting.

Developed for television by Carlton Cuse and Meredith Averill, Netflix’s Locke & Key works surprisingly well as a teen-friendly spook-house series – you know, the sort of thing you might expect from the co-creators of Lost and The Haunting Of Hill House, and the network that brought you Stranger Things and will do almost anything to replicate that show’s culture-dominating impact.

And while that approach might alienate hardcore fans, the spirit of Hill and Rodríguez’s Locke & Key is still there: this is story about temptation and power, and how good intentions can lead to terrible results, all twisted up in one family’s history with some magic keys.

Connor Jessup, Emilia Jones and Jackson Robert Scott star as Tyler, Kinsey and Bode Locke, newly arrived with their mother Nina (Scandal’s Darby Stanchfield) at their murdered father’s ancestral New England home before too long, little Bode starts finding keys hidden around the manse and discovering their uncanny uses. And not long after that, he meets a woman (Acquainted’s Laysla De Oliveira) who wants those keys very, very badly. It seems some very weird stuff happened in Matheson, Massachusetts, 30 years ago… and more is on the way.

(Yeah, I know, it was the same in Stephen King’s It, the recent adaptation of which featured Scott as the doomed Georgie Denbrough Hill borrows a couple of concepts from his dad’s monster opus, another being that adults have trouble retaining knowledge or memories of magic, while only the young can perceive what’s really going on. Given that a key theme of Locke & Key is the distance between parents and children, it feels sweet rather than opportunistic.)

Jessup and Jones get the meatiest roles, working the elder siblings’ guilt, fear and anger issues into their more mundane high-school drama, while Stanchfield has plenty to do as the grieving mother trying to understand why her kids are freaking out all the time. (Sherri Saum of The Fosters and Supernatural’s Steven Williams play Matheson townsfolk who serve as her sounding boards.)

Unusual for a Netflix series, the season is impressively well-paced: TV vets Michael Morris, Tim Southam, Mark Tonderai, Dawn Wilkinson and Vincenzo Natali directing two episodes apiece, finding room to tell complete stories in every episode while also advancing the show’s master narrative. (The project has been in development for a decade – it started out at Fox – which might explain its fondness for a classical episodic structure.)

Cuse and Averill manage to hit the key beats of the comics without being beholden to their plotting, which is nice, and even though Locke & Key ends with a blatant set-up for a second season – as all genre shows must, nowadays – it’s an appealing one. Let’s see where it goes.