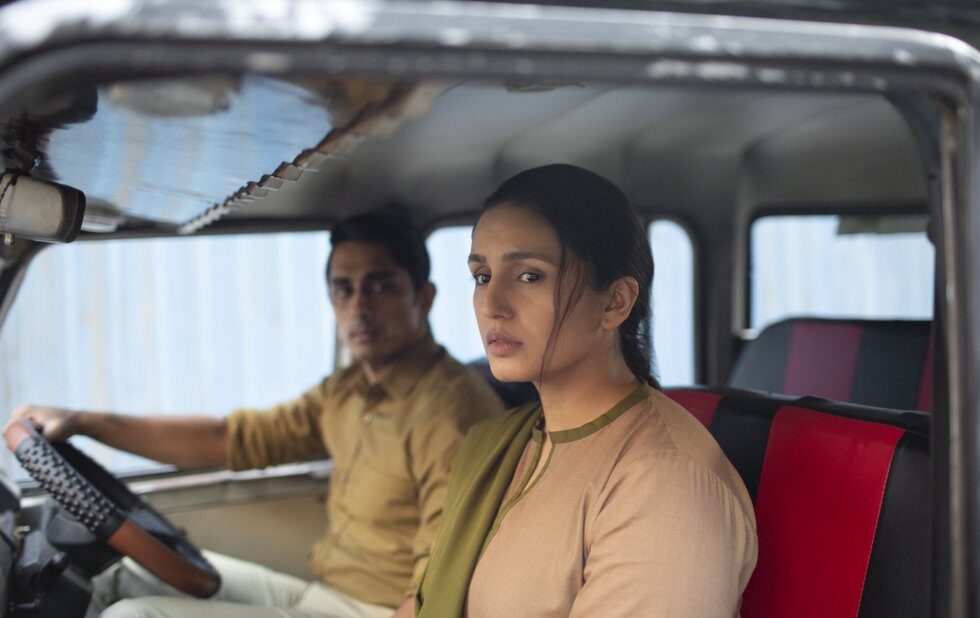 Deepa Mehta’s Netflix show Leila is, at its core, the Indian Handmaid’s Tale.

Adapted from Prayaag Akbar’s novel, which in turn bares Margaret Atwood’s influence, the six-part dystopian series (half of which screened for critics) is set in a future where religious fundamentalism exerts tyrannical rule and women are sold a higher purpose while forced into labour and degraded.

Atwood’s 1985 novel, a stained-glass reflection of its own era, resurfaced as a Toronto-shot Hulu series in 2017. Critics and audiences were quick to point out its timeliness under the Trump presidency. But the bottom line is that the themes are timeless and its concerns stretch globally. In Leila, the same material fluidly translates to India, where religion, class and caste are used to divide and conquer in a new world order.

The country, or at least some section of it, is now called Aryavarta, a Sanskrit name from ancient texts for the area where Aryans (the Indo-Iranian kind) dwelled. The specific rules in Leila’s Aryavarta are somewhat vague, though not enough to be confusing. Much of the gendered violence, social divisions and obsessions with purity remain familiar today, so the show doesn’t really need to spell out what can be easily gleaned.

A prologue introduces us to Huma Qureshi’s Shalini, a wealthy mother enjoying family time in her private pool, which itself is a crime. At a time when the climate crisis has led to black rain and severe clean water shortages, having an indoor pool to yourself is the first sign that Shalini lives in a corrupt and privileged bubble. But that’s about to burst.

State-sanctioned attackers descend on the household, killing Shalini’s Muslim husband (Rahul Khanna) and dragging her away as her daughter Leila (Leysha Mange), a “mixed” child deemed a threat to society’s purity, is abandoned to an unknown fate.

Two years later, we find Shalini living in a prison poised like an ashram. There, women are forced into humiliating service and sacrifice while suffering repeated violence, all to prove their purity and devotion to Aryavarta.

Mehta, who directed the first two episodes while also serving as the show’s creative executive producer, is an obvious fit for this material. The rituals and degradation the women suffer immediately recalls Mehta’s 2005 masterpiece Water, as does the way the women are forced to compromise their own humanity and turn on each other out of desperation.

Leila has sparked anger on Twitter with users calling it Hinduphobic, though that’s a milder outcry compared to the fundamentalists who burned down the set of Water for similar reasons.

Leila’s first two episodes live in the shadows of both Water and The Handmaid’s Tale. They’re burdened with world-building, mapping out the social structures we’ve seen in Handmaid’s with a visual design that recalls Alfonso Cuaron’s Children Of Men, all while leaving Qureshi with little room to make a real impression as Shalini.

She suffers mostly in silence but with the occasional emotional outburst. Flashbacks give us a sense of how far she has come from being rich, arrogant and oblivious to the everyday indignities suffered by her own maid. That’s pretty much the extent of her character development.

The show throttles up in the third episode and Qureshi gets to stretch her legs. Shalini is forced into the role of a maid, absorbing the treatment she once dished out, but she’s no longer just suffering. Here Qureshi walks a tightrope with grace, balancing Shalini’s guilt with her determination to track down her daughter. She serves – and spies – and a patient thriller starts to take shape.

Qureshi also shares a special intensity with her co-star Siddharth, an actor whose simmering stares are put to terrific use as Bhanu, a ruthless labour camp guard who has a soulful desperation in his eyes. We get the sense that Bhanu has a soft spot for Shalini, but also a steely determination to serve a higher purpose. That makes him, from moment to moment, perfectly unpredictable.