We called it: the Kim's Convenience star is a fine fit for Marvel's master of kung-fu, and the movie is pretty solid too 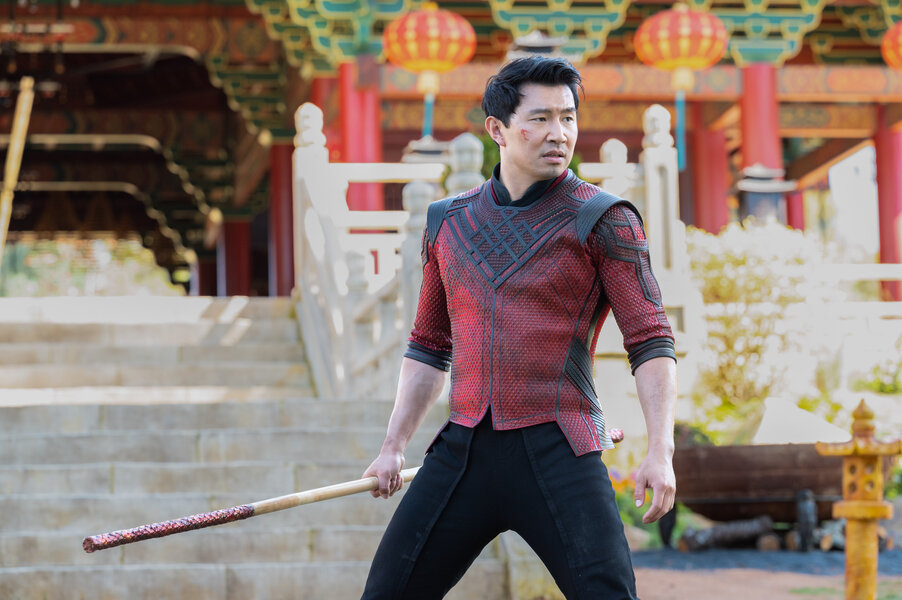 Kim's Convenience breakout Simu Liu levels up as the star of Shang-Chi And The Legend Of The Ten Rings.

SHANG-CHI AND THE LEGEND OF THE TEN RINGS (Destin Daniel Cretton). 132 minutes. Some subtitles. Opens September 3 in theatres. Rating: NNNN

Well, we were right. Simu Liu is a great choice for Marvel’s martial-arts hero Shang-Chi. And the movie around him is pretty good too.

In some ways, Shang-Chi And The Legend Of The Ten Rings is your basic Marvel origin project, introducing a familiar comic-book character into the ongoing movie project so that character can team up with established characters down the line. There’s an inciting incident, a dangerous journey, an acceptance of purpose, some fun sidekicks, secrets to unpack, all that stuff. But this is the first of those movies that opens with a 10-minute wuxia sequence performed entirely in Mandarin.

That’s the tip-off that this movie is going to be a little different, and for the right reasons: Shang-Chi’s comic-book backstory is a mess of Asian stereotypes and overt Yellow Peril racism, and a lot of it can easily be discarded. Basically, he was a Bruce Lee knock-off introduced as the rebellious son of the scheming Edwardian-era villain Fu Manchu; it took decades for writers to make the character feel contemporary rather than a relic.

But that gives director Destin Daniel Cretton and co-writers Dave Callaham and Andrew Lanham license to start fresh, introducing Shang-Chi – who calls himself Shaun – as a San Francisco everydude who just happens to be fluent in multiple languages, and really good at kicking people in the face when he has to. But he’d really rather just work an undemanding job and hang out after hours with his best friend Katy (Awkwafina).

If you’ve been watching Liu on Kim’s Convenience, you may have noticed that this version of Shang-Chi is not terribly far removed from the role of Jung Kim, another twentysomething who was content to let his potential go unrealized and just sort of glide through his days. But there’s a crucial difference: Shaun doesn’t want to realize his potential, because he’s the son of a thousand-year-old warrior who trained him from childhood to be an assassin. There’s a lot of baggage.

The obvious template is Ryan Coogler’s Black Panther, which had to create an entire culture within the Marvel universe and wrap it around a story about a son questioning whether he truly wants to inherit the mantle his father had left him. There’s a lot of Doctor Strange in here too, with mystical threats and secret societies that have to be introduced to the audience as well as some of the characters.

And instead of the gleaming Afro-futurist world of Wakanda, Shang-Chi And The Ten Rings builds its aesthetic out of decades of Chinese genre cinema – from the lush martial-arts fantasies of King Hu to Zhang Yimou’s more recent elevated wuxia stories, themselves riffing on Ang Lee’s Crouching Tiger, Hidden Dragon. But the scrappier action pictures of Jackie Chan are an influence as well, with two key fight scenes directly inspired by Chan’s 80s and 90s movies.

It’s not a coincidence that Michelle Yeoh, who’s walked in all of these worlds, turns up in a key role here; it’s an acknowledgement of her significance. The casting of the masterful Tony Leung, a frequent collaborator of Wong Kar-wai’s, as Shang-Chi’s father, feels similarly reverent: it’s as though Cretton, whose previous features Short Term 12 and The Glass Castle both dealt with characters struggling to move past their own complicated, unhappy histories, wanted to give Liu the most complicated screen dad imaginable.

And it works. It all works. Some parts of Shang-Chi And The Legend Of The Ten Rings work better than other parts – I suspect the action scene set inside and outside a Macau skyscraper would have been a lot more impressive had the projector bulb been at full strength in my screening – and the first two-thirds of the movie are stronger than the last, which turns into the usual epic CG action tornado. (Some elements of the Marvel house style are simply written in stone, I guess.)

But there’s always something a little unexpected in there, like Awkwafina’s obvious glee at Katy suddenly finding herself inside a Marvel movie, which leads to the charming little runner of Katy bonding with Shang-Chi’s sister Xialing (Meng’er Zhang). There’s also the film’s refusal to paint Leung’s complicated Wenwu as a straight-up villain; like Black Panther and Ant-Man And The Wasp, this is a movie that gives its antagonists a decent reason for doing the things they do; it’s just not something the hero can allow to happen.

And that brings us back to Simu Liu, who’s unexpected in a different sort of way. About halfway into Shang-Chi’s first big action scene, I realized this was the first time in a couple of decades that I’d seen a comic-book movie where the star isn’t hidden behind a mask, or a CG version of himself, or a stuntman in a suit. Which isn’t to say there isn’t considerable digital work at play in Shang-Chi’s more impossible moments – there absolutely is – but there’s something thrilling about watching Liu’s fight scenes and realizing the camera doesn’t have to cheat the angles to hide a stunt double’s face.

It makes the movie feel even more fantastical, and the casting even more perfect. Simu Liu is Shang-Chi, master of kung-fu, and Marvel has its first Asian leading man. About damn time.