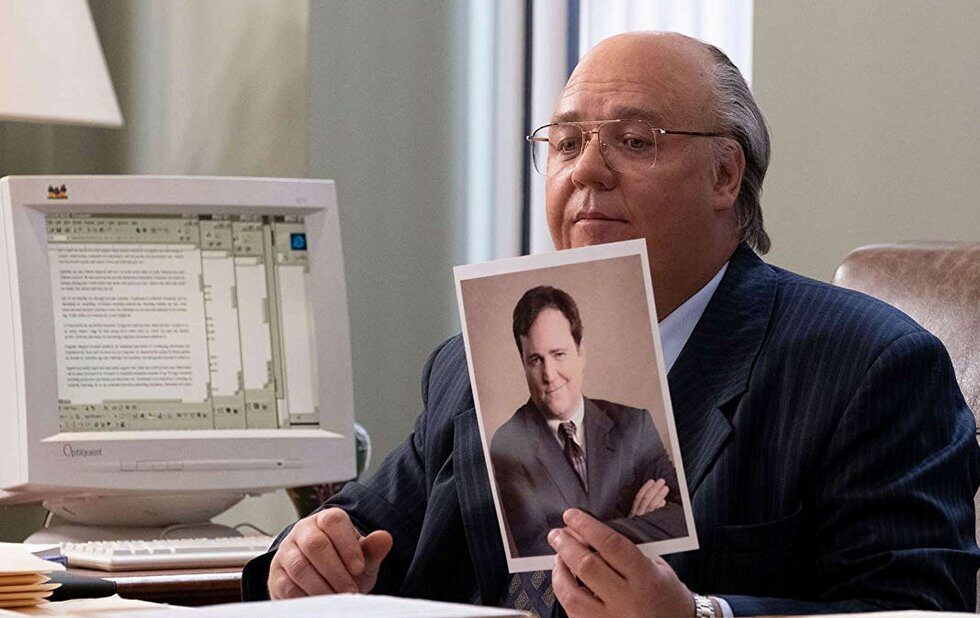 The Loudest Voice is built entirely on the empty spectacle of Russell Crowe buried under several layers of latex to play Roger Ailes, the conservative media wizard (and serial sexual harasser) who created Fox News and thus bears the lion’s share of responsibility for the current state of American politics.

The latest in the trend of star-driven docudramas like Fosse/Verdon or Ryan Murphy’s American Crime Story series, Showtime’s miniseries – available in Canada on Crave – similarly aspires to recreate a specific point in recent culture. But this one fails to get anywhere close to understanding its fictionalized subjects.

Based on Gabriel Sherman’s unauthorized Ailes biography The Loudest Voice In The Room, each of the show’s seven episodes is devoted to a key chapter in Ailes’s later career: the first focuses on his creation of Fox News in 1995 the second, on the channel’s 9/11 coverage in 2001, which led to Ailes’s strategic alliance with Karl Rove and Dick Cheney.

In scene after scene, Crowe’s Ailes browbeats his employees to push against the rules, and the boundaries of good taste, to drag Fox further and further to the right. Sometimes an employee wonders whether this is the right thing to do that employee is glared at or dismissed. And in his downtime, Ailes is shown taking women to hotels and forcing himself on them.

I suppose it’s laudable that Crowe doesn’t try to find any redeeming qualities in the man, but depicting him as a monster kind of flattens out the dramatic possibilities. We just watch Ailes march from one scene to the next, imposing his will on people who are shocked by his arrogance and aggression.

Some of these characters have names we recognize – there’s Sean Hannity, played by The Path’s Patch Darragh as an idiot who can’t remember which side of an issue he’s supposed to be on until Ailes hires Alan Colmes (Peter Grosz) to be his punching bag – while others are played by people we recognize, which tells us they might be important down the line.

Seth MacFarlane, for example, spends those first two episodes standing around looking uncomfortable as executive Brian Lewis. I expect he’ll have more to do in future episodes as well, since Lewis – who was fired in 2013 for breach of contract, but still managed to leave Fox with an $8 million severance payout – was widely speculated to be one of the key sources for Sherman’s book.

And later episodes will introduce Naomi Watts as Gretchen Carlson, the Fox & Friends co-host whose sexual-harassment suit led to Ailes’s downfall. I assume those will be more dramatically fraught – or at least more interesting – than the ones made available for preview, which run through the nuts and bolts of Ailes’s activities without really illuminating his motivations or personality.

Like Adam McKay’s recent Dick Cheney docudrama Vice, The Loudest Voice is content to simply recreate history with famous people rather than explore why awful people do what they do. It’s almost shocking that a project developed at one point by Spotlight’s Tom McCarthy would be so superficial. (In fairness, had he stayed on it would likely have turned out differently.)

The closest The Loudest Voice comes to offering genuine insight is when it shows us how 9/11 galvanized Ailes to spread his bone-deep paranoia to tens of millions of Americans. But again, that’s not new information to anyone who’s been paying the slightest bit of attention.