The shine is off Kingsman: The Golden Circle 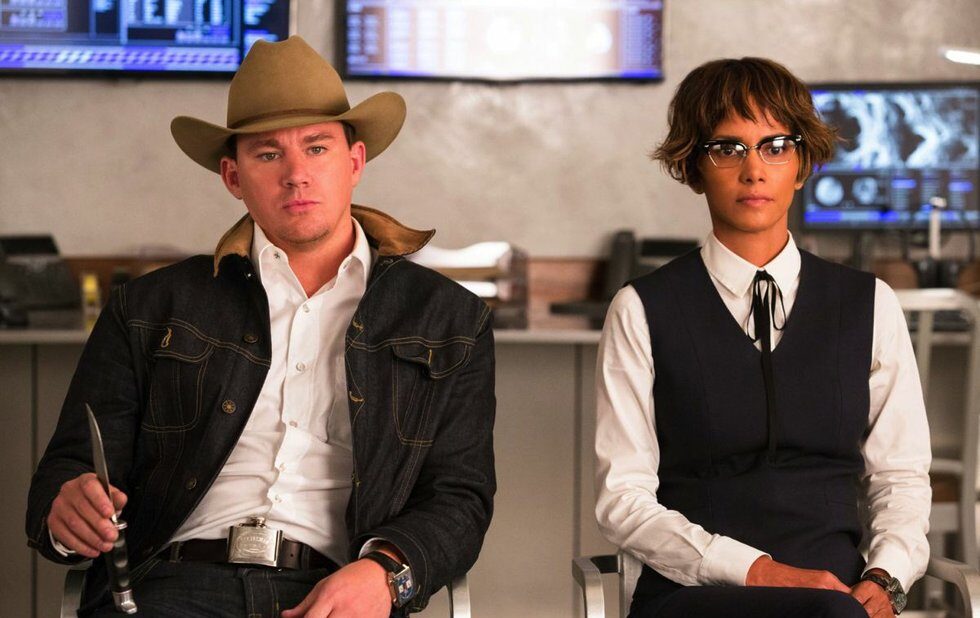 Those CG-augmented action sequences where the camera pivots from one awesome fight move to the next with eye-popping precision? They’re back and they’re even more complicated.

The cast of beloved Brits happy to send up their own stuffiness in an R-rated action romp? Bigger than ever (good show, Michael Gambon), and now there’s room for American A-listers like Channing Tatum, Julianne Moore, Jeff Bridges and Halle Berry.

The awkward, snickering sexism? The nihilistic world-view that renders everything just a little weightless and makes us all too aware that much of the swagger is just for show? Yeah, that’s back, too. And that’s a problem.

In the first Kingsman, working-class hero Eggsy (Taron Egerton) graduated from Spy Hogwarts and saved billions from a megalomaniac’s plot – but lost his mentor Harry Hart (Colin Firth) to said megalomaniac in the second act. These things happen.

The sequel opens a year later, with Eggsy taking Harry’s place in the British super-secret service, and not incidentally in a committed relationship with that Swedish princess (Hanna Alström) he rescued at the end of the last movie. (This feels like an attempt to fix the first film’s ugliest joke, and it almost works.)

But happy spies are boring spies, so The Golden Circle immediately pulls a reset, all but wiping out the Kingsmen and leaving only Eggsy and weapons master Merlin (Mark Strong) to figure out who was behind the hit. Fortunately, the film has already told us that it’s Moore’s Poppy, a chipper sociopath hidden away in a secret lair in South America with a very complicated scheme to blackmail the planet.

Finding Poppy and saving the world again requires a new alliance, which leads us to the movie’s one great idea: the Statesmen, an equally super-secret American spy agency hidden away in Kentucky. (The Kingsmen use a tailor shop as a front the Statesmen went into the bourbon business.) And if you’ve seen any of the marketing for The Golden Circle, you know there’s someone very special waiting inside.

Anyway, after about an hour, Eggsy is off on a globe-trotting adventure to thwart Poppy’s scheme, which involves abandoning his princess to go to Glastonbury with a Statesman partner (Narcos’s Pedro Pascal) to grope a henchman’s girlfriend (Poppy Delevingne) in order to trace her back to said henchman. (Remember, I said they kept the icky stuff, too.)

From there, it’s all jumping and fighting and shooting and spinning, with Vaughn delivering some clever set pieces – including one terrific multi-stage sequence atop an Italian mountain that rivals the stunt-happy Roger Moore-era Bond pictures the series delights in mocking – broken up with the occasional vintage musical reference.

Some of that is charming. The technical side is impressive. And the cast is clearly having a ball – especially Moore, who I suspect shot her entire part in two days and made the most of it. But it never stops, and it never lets itself breathe. More complications are added, including a subplot where the President of the United States (Bruce Greenwood) turns out to be kind of a dick, and the whole thing gets so frenzied by the end that a key character’s sacrifice plays as goofy rather than meaningful, brushed aside moments later for a silly Elton John joke.

In the end, it’s more exhausting than entertaining. I enjoyed the first Kingsman movie even as I knew it wasn’t really working the affectionate satire and the glee with which Vaughn and Goldman unleashed the sweary, dapper Firth upon the unwashed masses – louts in a pub, sadists in a hate church – gave it highs that this movie just doesn’t have.

The Golden Circle is simply an excuse to bring the Kingsman brand back, bigger and badder than ever. It does that. But the thrill is gone.