Pablo Larraín's moody film about three days in the life of Diana, Princess of Wales, is a haunting portrait of loneliness 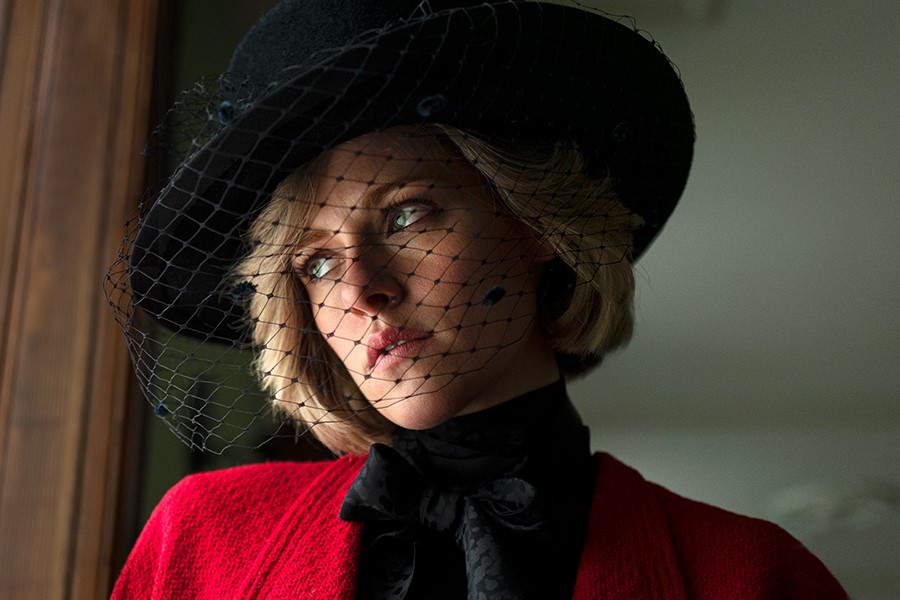 Like its enigmatic and tragic subject, the late Diana, Princess of Wales, Spencer will haunt you.

Chilean director Pablo Larraín’s film isn’t a standard biopic. Rather, like his 2016 film Jackie, it chronicles a turning point in an iconic woman’s life, mixing things we know about a very public figure and imagining some others.

It’s Christmas Eve, some 10 or 11 years since her fairy tale marriage to Prince Charles, and Diana is alone in her sports car, late for dinner and lost. She should know this area of Norfolk – after all, she grew up, Diana Spencer, not far from the Royal Family’s Sandringham estate. But it’s clear the last decade of her life has disoriented her. She barely knows who she is, let alone where she came from.

When a kindly royal staffer redirects her and she finally drives into the enormous estate, Larraín captures the moment in a glorious aerial shot, Diana’s car as tiny as a bug. It looks like she’s entering a fortress, an idea that’s already been established with a convoy of army trucks bringing the holiday food as if it’s artillery.

Once inside, Diana is no less alone, although she’s monitored by a menacing new overseer (Timothy Spall), a former Black Watch officer who, we later learn, has been hired to keep her in line and out of view of the surrounding paparazzi.

Gradually, we pick up details from Steven Knight’s efficient script. Diana’s marriage to Charles is a sham (his affair with Camilla Parker Bowles is in full swing); she’s routinely late for everything and has an eating disorder; and the only warmth she has for anyone is with her young boys, William and Harry, and with the staff she knows, especially her long-time personal attendant, Maggie (Sally Hawkins).

As she begins acting out over the next few days – wearing one outfit when another has been prescribed, for instance – she’s kept under tighter scrutiny, although it’s all enforced in a hushed, quiet manner.

Larraín has total control over his material, capturing empty halls and beautifully-appointed rooms with a sense of alienation and unease. The way he introduces members of the Royal family stresses their coldness and Diana’s outsider status. And the way he paces the film and orchestrates the foreshadowing elements, which include allusions to beheaded queen Anne Boleyn and some very symbolic pheasants – is masterful.

Stewart, meanwhile, is wholly sympathetic and believable as Diana. She’s perfected the woman’s ambivalent tilted head and modest downward gaze. She opens up and becomes playful when she’s with her kids or Maggie; when she’s with the judgemental Royals, however, she seems choked off and self-conscious.

Spencer won’t be for everyone; it’s a little slow at times. But considering the recent Harry/Meghan story, it’s a fascinating, absorbing look at personal freedom in the face of centuries of tradition. And after this film, eating KFC just won’t feel the same.