Review: Your Honor is gripping melodrama

Past the midway point, it's unclear whether the Crave/Showtime series will explore ethics or just keep ramping up the plot 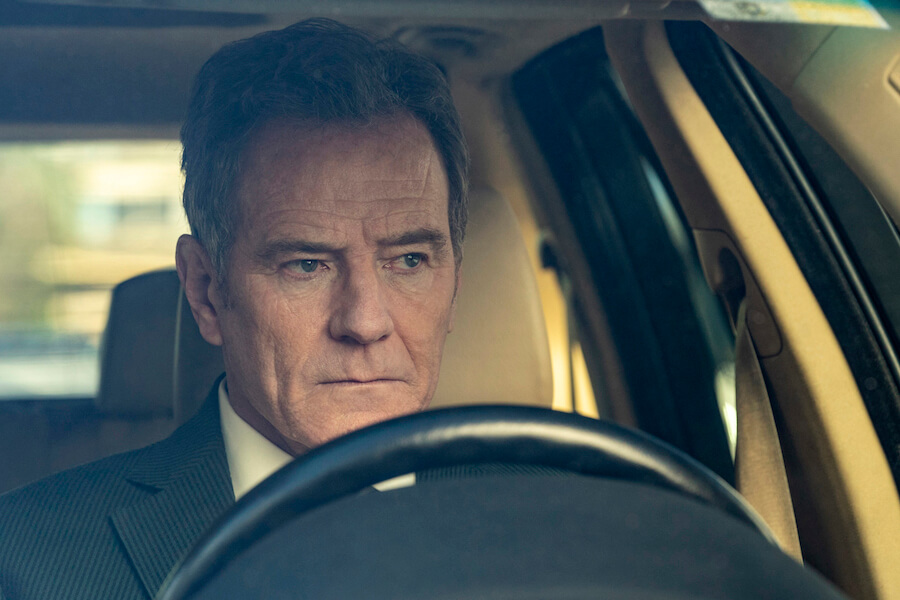 Six episodes into Crave’s 10-episode Your Honor, it remains unclear if the show will fully plumb the ethical and moral depths suggested by that title or whether it will be content just being a gripping melodrama.

There’s nothing wrong with the latter, mind you, especially if it helps take our minds off what’s going on in the world right now. But considering the fact that its star, Bryan Cranston, broke bad in another TV show that carefully chronicled the moral decline and fall of its upstanding lead character, that would be a bit of a missed opportunity.

For those new to the series wanting a spoiler-free synopsis, here it is. Your Honor is about a respected New Orleans judge and widower, Michael Desiato (Cranston), who’s trying to cover up the fact that his son, the sensitive college-bound student, Adam (Hunter Doohan), hit and killed a teenage boy after he discovered the kid was the son of the city’s ruthless crime boss, Jimmy Baxter (Michael Stuhlbarg).

Michael’s initial instincts – dispose of the evidence, including the car, hire a fantastic lawyer, produce a plausible alibi – all backfire, however, causing more complications. The first two episodes of this series are some of the most nail-biting TV I’ve ever seen. At one point, I considered stopping altogether because I was too stressed out. But most of the tension of the series’ first half was all about plot mechanics.

Last night’s sixth episode (spoilers ahead) was the first one that made me think showrunner Peter Moffat might have deeper things on his mind. After Michael discovered in episode five that he was being blackmailed, he used a pretty despicable story to get his detective friend Nancy (Amy Landecker) to help him find out who might be the blackmailer.

One of the tips leads him to a wheelchair-bound senior with dementia who is clearly not the blackmailer. It’s a marvellous scene that lets Michael open up about his hellish life, as if to a priest. The elderly man says, “If you can’t bare your soul to family, then I don’t know what’s what.”

The way Cranston’s Michael then lets down his guard is simply magnificent. He drops the bag he’s carrying, wipes away tears, shuffles towards him, sits himself in a wheelchair and can barely even talk – this from a man who’s never at a loss for words. Ironically, what he says leads to a discovery that will help him on his search for his blackmailer.

It’s the strongest dramatic scene so far in a series that’s given us plenty of action and suspense. And it artfully illustrates the theme of fathers and sons – just like Jimmy Baxter’s with his own dead son and current living one (I forgot to mention ex-con Carlo, played by Jimi Stanton).

What this episode also does is add some more complexity to Adam’s character. He and Baxter’s daughter, Fia (Lilli Kay), are forging a romantic connection and bonding over their shared grief – Fia for her brother, Adam for his mom. Will he tell her he’s the one who killed the brother?

The longer the series goes on it’s clear that everyone around Michael has big things at stake: his best friend, Charlie (Isiah Whitlock Jr.), whose mayoral bid could be ruined if his part in the cover-up is discovered; his lover, the lawyer Lee (Carmen Ejogo), whose dedication is actively working against his best interests; even his mother-in-law (the force of nature Margo Martindale), a senator who knows something’s amiss, is now in the game.

Ultimately, these plot mechanics – and there are so, so many more – don’t matter as much as the human drama at the show’s heart. Is what Baxter does for his family any worse than what Michael is doing?

As a judge, Michael’s likely heard all sorts of sob stories by guilty parties trying to receive lighter sentences. He’s done the same thing by using his dead wife to distract and explain away some of the suspicious things he’s done.

In a sense, the series is about white privilege. I’ve failed to reveal that the man accused of the hit-and-run, played with intensity by Toronto actor Lamar Johnson, is Black. And what happens to him sets off another series of events in a racially divided city.

I hope, as Your Honor progresses, Moffat follows through with the racial theme and deepens the emotional stakes. Those things are far more interesting than who’s shooting whom.