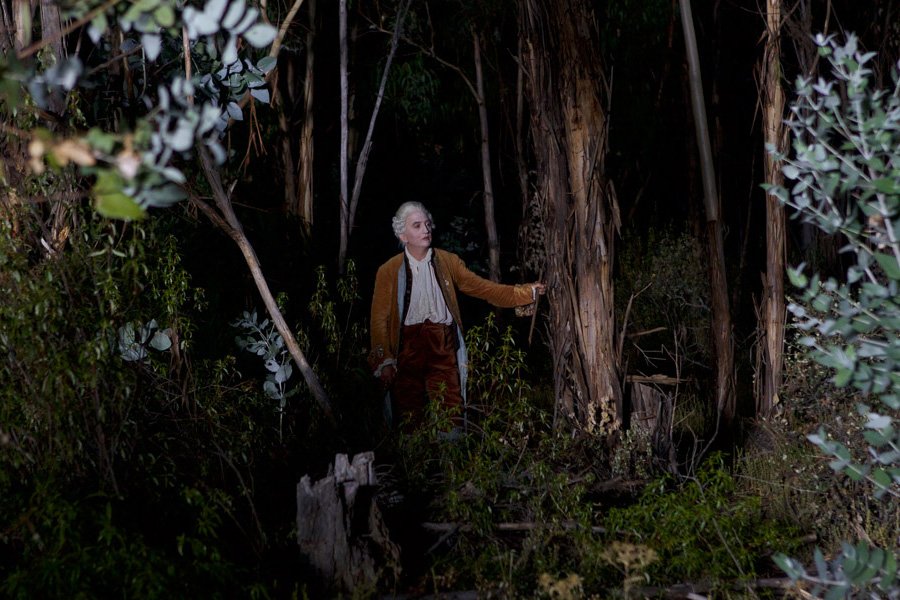 Albert Serra’s follow-up to his cult film The Death Of Louis XIV begins with the Duc du Wand (Baptiste Pinteaux) recounting just such an anecdote, which sets an intense but also philosophical tone for a planned night of exploratory sex among a group of exiled aristocrats that includes the Duc du Wachen (arthouse legend Helmut Berger), a Prussian interested in learning the Sadeian ways of the French.

Serra, who adapted the film from his own stage play, compellingly uses mise en scène – a vivid nocturnal forest full of chirping insects – to provide a disarmingly serene contrast to action that is sometimes partially blocked from view, cast in shadow or audibly happening off screen. Given what we do see is often graphic, the effect pushes the audience to imagine even greater extremes, though the Duc du Wand occasionally interjects to helpfully describe a few ridiculously over-the-top scenarios for those who might be at a loss.

What does read as subversive by today’s standards is the way Liberté’s portrayal of cruising erases social barriers – i.e. age, class, sexual orientation, disability, hang-ups on idealized physical body types – to ironically suggest that if we want something resembling sexual democracy in our age of taboo-busting liberalism we can always return to the woods.