Video: Maitreyi Ramakrishnan on the scarcity mentality among POCs

As Never Have I Ever season 2 hits Netflix, the Tamil-Canadian star discusses how the show deals with scarcity mentality among POCs 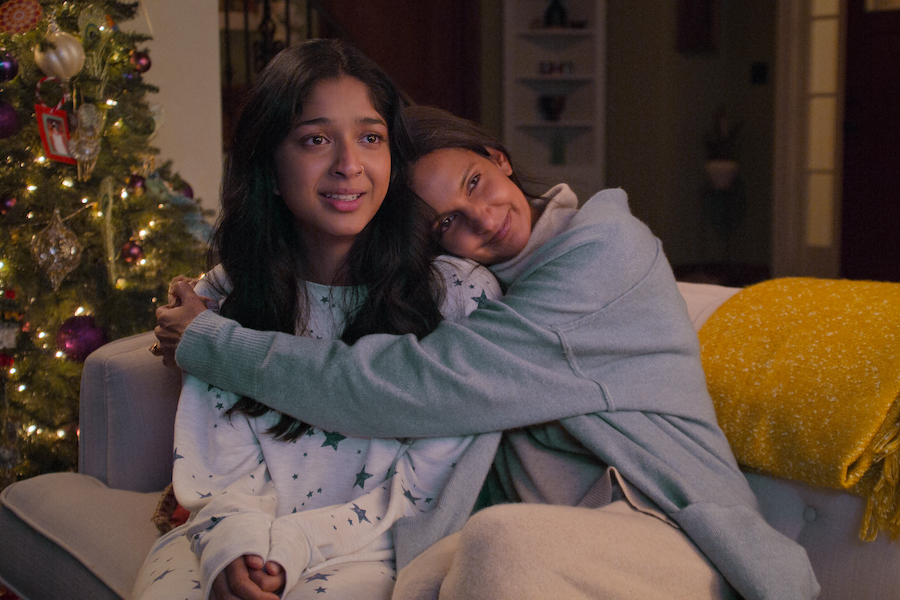 Maitreyi Ramakrishnan and Poorna Jagannathan comfort each other in Never Have I Ever season 2.

Never Have I Ever star Maitreyi Ramakrishnan is in New York for the first time ever. The Tamil-Canadian actor who plays temperamental teen Devi on the Netflix series is doing the talk show rounds promoting her show’s second season. She’s also taking in the Godzilla-sized version of herself on a billboard in Times Square. These are all things Ramakrishnan didn’t get to enjoy the first time around.

She was on a billboard in Times Square last year, when Never Have I Ever first premiered, but she never got to witness that or do the live talk show circuit because the whole world was in lockdown.

The 19-year-old from Mississauga is speaking to NOW about how she and the whole Never Have I Ever crew leveled up for the second season (see the video below). She describes the mounting pressure to live up to expectations following the first season’s success. But Ramakrishnan also says she was far more comfortable in her role and confident in her performance, which really comes across onscreen.

And she talks about some of the new developments in season two, particularly the introduction of a new Indian character. Megan Suri plays Aneesa, an Indian teen who immediately makes Devi feel threatened, especially since she no longer enjoys brown girl exclusivity at their Sherman Oaks high school.

That new “there can only be one” subplot touches on a scarcity mentality that afflicts so many minorities, accustomed to their special place as the tokenized POC in any group. We internalize the lack of space and opportunities for minorities and turn on each other as a result.

“I don’t think I was affected by it,” says Ramakrishnan, who is of a much younger generation, growing up in a Mississauga community with far more diversity than the communities someone like Mindy Kaling would have grown up in. “When I was in high school, I never thought people were like racist towards me or sexist towards me until I looked back and was like, oh. Those are all like micro-aggressions.”

But Ramakrishnan also noticed that scarcity mentality in the entertainment industry. The thoughtful and empathetic star doesn’t necessarily blame the people who succumb to it, since it’s a complicated reaction coming from “a place of heart and a place of just wanting to belong.”

Watch the full interview with Maitreyi Ramakrishnan in the video below. Never Have I Ever season two is streaming on Netflix Canada now.

Review: Never Have I Ever season two is more joyful and generous

Maitreyi Ramakrishnan movies Netflix Never Have I Ever