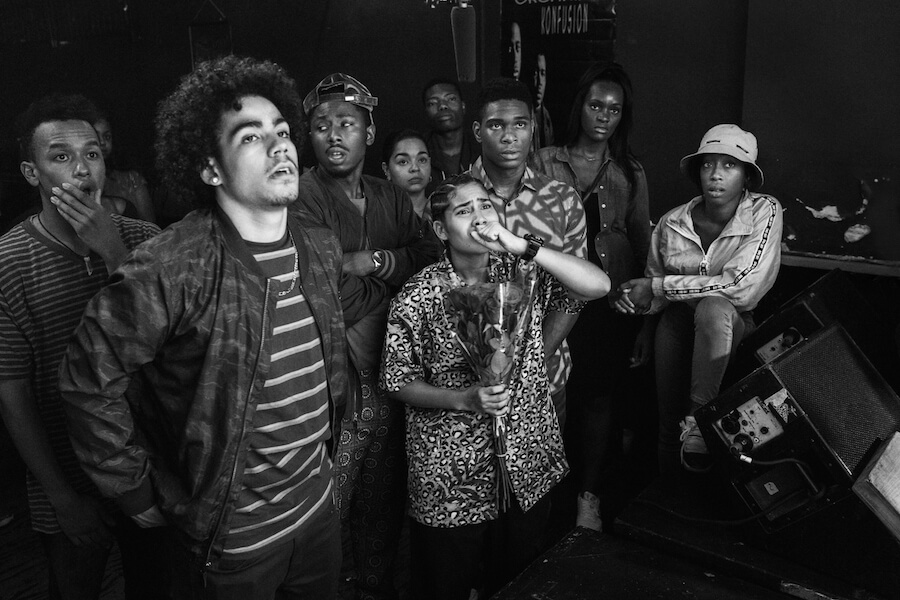 NOW critics pick what’s new to streaming and theatres for the long weekend of October 9. Plus: Everything new to VOD and streaming platforms.

Writer/director Blank establishes herself as a major cinematic force with this screamingly funny comedy about ageing and the business of art. Blank plays a heightened version of herself, a once-hot New York playwright who’s nearing 40, teaching drama to high schoolers and – despite struggling to pay her rent – reluctant to sell out. She needs a break  in more ways than one. When we meet her, she’s listening to her neighbours having sex through the wall – until the sex ends in tears. At the urging of her mananger/BFF Archie (Peter Kim), she cedes creative control of a play about gentrification in Harlem to a lecherous mainstream producer (Reed Birney), who promptly whitewashes it into a preachy musical. In search of a purer creative outlet, she turns to hip-hop and decides to record a mixtape with a younger producer (Oswin Benjamin).

Blank comes out of the gate blazing – the first 10 minutes alone are a laugh riot, mixing deadpan cringe-comedy, visual gags and a barrage of acerbic one-liners. But what’s brilliant about The 40-Year-Old Version is that it’s about a cynical woman on the verge of 40, but the script does not take a cynical view of younger people. The rapid-fire repartee with her students sees scathing shots volleyed at both sides of the generation gap. Blank takes the movie seamlessly from ironic to earnest, from mockumentary-like satire of the theatre world to sweet romantic drama, with sharp dialogue and a vivid sense of the characters and setting. The hip-hop performance scenes – including a cypher and a battle – turn the film into a purist love-letter to hip-hop.

Of course the music industry is hardly free from commerce and compromise, but the way Blank moves between worlds is more a reflection of her existential quandary: When principled resolve for creative satisfaction brushes up against the realist need to pay bills – and how racism exploits that tension for profit. Eric Branco’s gorgeous black-and-white cinematography aligns The 40-Year-Old Version with New York-set classics by Spike Lee, Woody Allen and Noah Baumbach. But Blank transcends familiar references, and some more one-note characterizations, with a sparkling script, brilliant casting and a fully realized vision. 124 min. Streaming on Netflix starting Friday (October 9). NNNN (Kevin Ritchie) 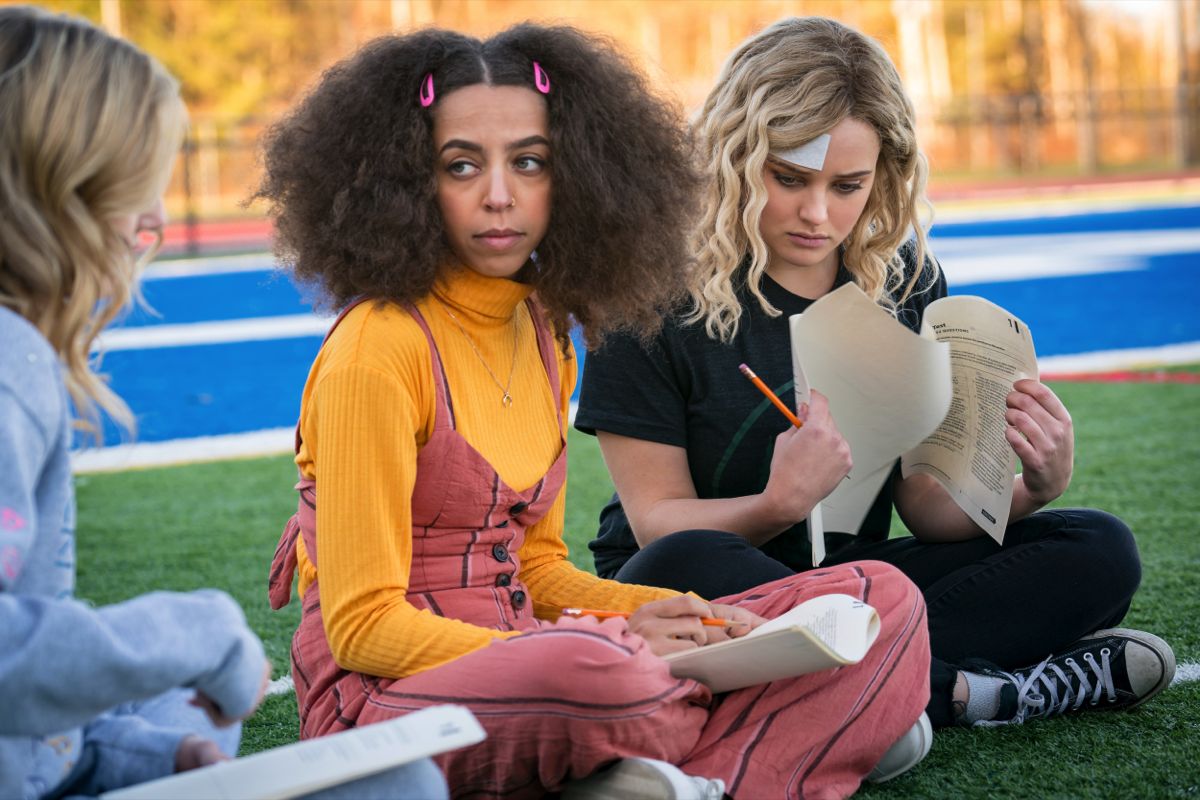 You know how every now and then a movie comes along that has no right to be as good as it is? This month, that’s this high-school comedy about a class of ordinary New Jersey seniors suffering an inexplicable, unpredictable plague of “popping” – bursting like balloons without warning. Our guide to this world is Mara (Katherine Langford), a sharp young woman who understandably resents being forced to confront her mortality quite so literally. But she also finds comfort in a classmate (Charlie Plummer) who uses the crisis as an impetus to step up and declare his love for her. Langford (Knives Out, Netflix’s Cursed) and Plummer (All The Money In The World) lead a strong, charming cast, and Duffield – a screenwriter making his directorial debut – spins the gallows humour of Aaron Starmer’s YA novel into a gory, giddy teen comedy with real heart. It’s just that said heart doesn’t always stay inside its owner’s body. This would have killed at Midnight Madness. Available now on digital and on demand. 102 min. NNNN (Norman Wilner) 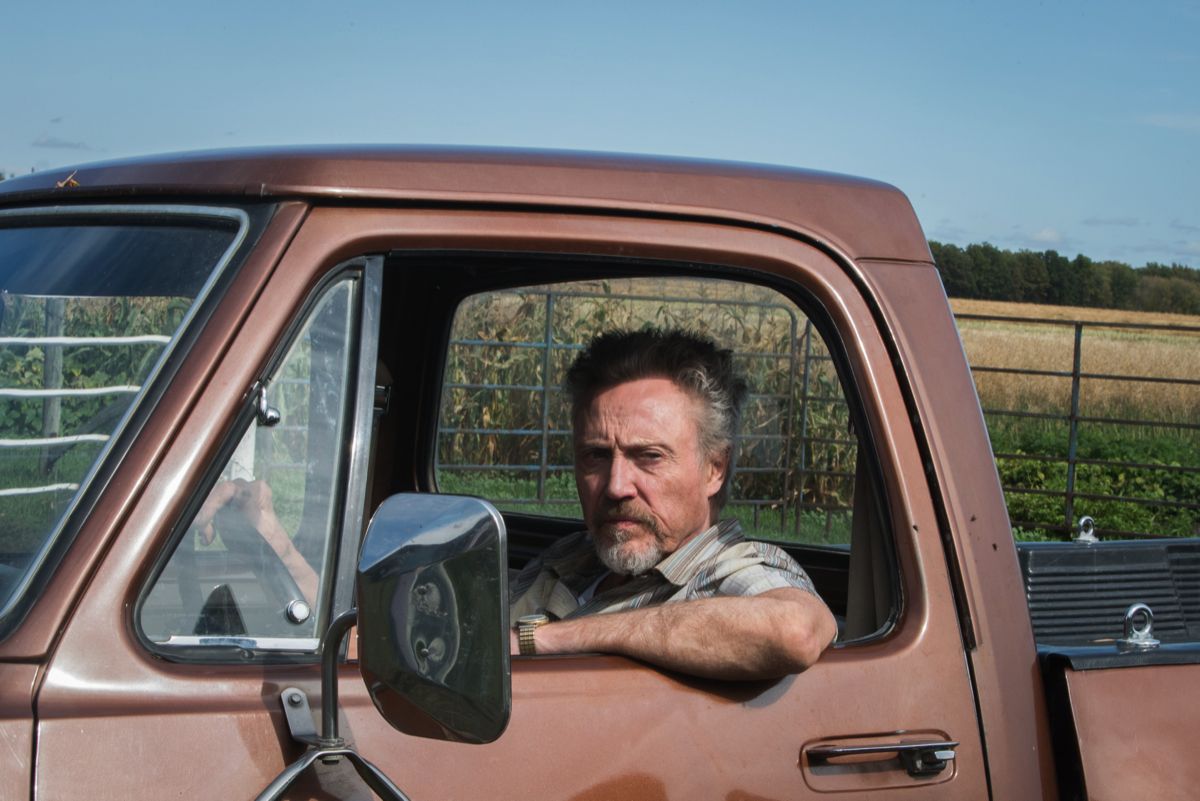 The true story of Percy Schmeiser – a Saskatchewan farmer sued by agribusiness giant Monsanto for patent infringement in the 90s when their genetically engineered canola was found among his crop – is told in the softest, safest manner possible in this flat message drama. Which isn’t to say that Schmeiser’s legal battles aren’t potentially interesting, but that Garfield Lindsay Miller and Hilary Pryor’s script would rather use them as a delivery mechanism to raise awareness about Monsanto’s gaming of the law, and the general scourge of GMO patents on the agricultural landscape. Their hearts may be in the right place, but they forgot to give the movie a pulse. Christopher Walken plays it straight as the upright, world-weary Percy, griping about honour and fairness to his overmatched lawyer (Zach Braff) and the idealistic activist (Christina Ricci) when he’s not worrying about bills with his wife Louise (Roberta Maxwell). It’s all exhaustingly rote, and despite director Johnson’s best efforts to find a spark in the material, there’s not a moment in Percy that feels truly alive. Toronto theatrical opening postponed. 104 min. NN (NW) 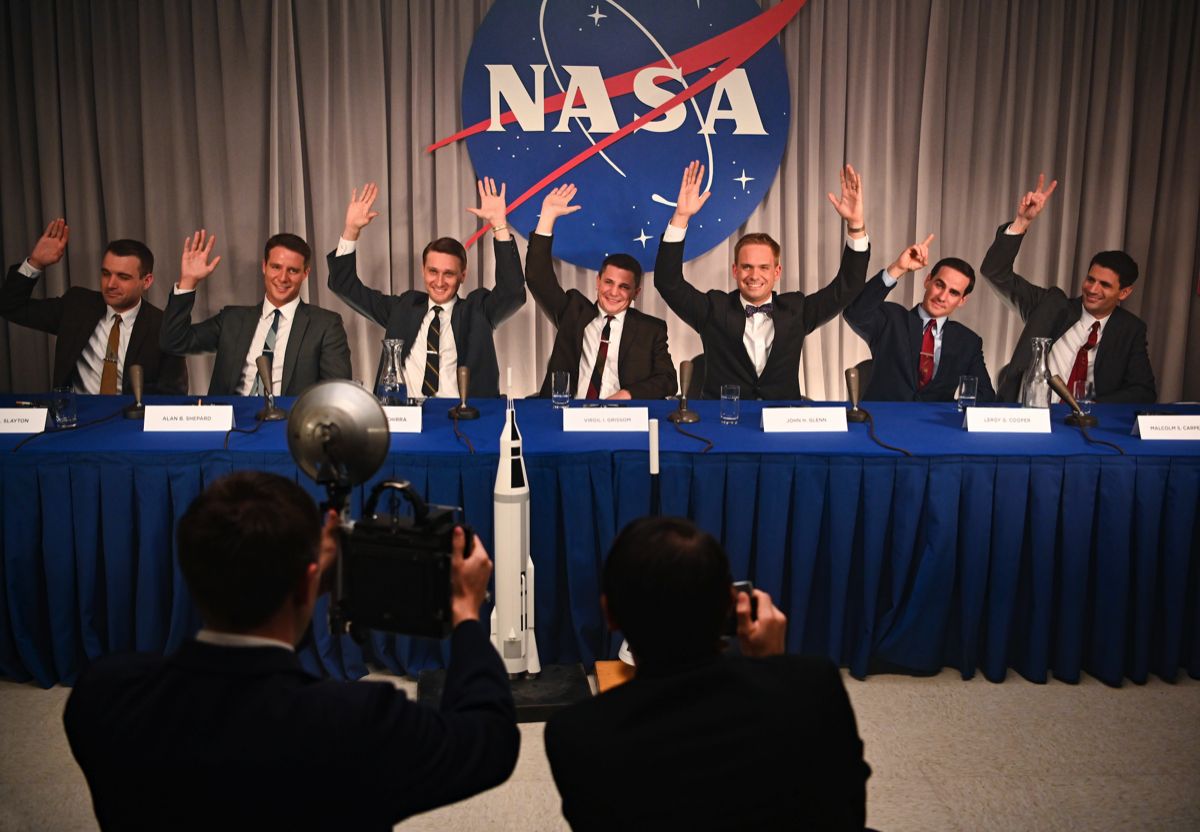 There are plenty of ways to approach the story of the U.S. space program, but “What if Mad Men, but at NASA” is not one that seems especially interesting. This eight-part adaptation of Tom Wolfe’s 1979 book feels like a weird series of compromises from the start. It shaves down both the massive sprawl of Wolfe’s text and the rapturous highs of Philip Kaufman’s 1983 film adaptation, which was as interested in the mythology of the Mercury Seven as it was in the creation of those myths. (The pilot credits both Wolfe’s book and Kaufman’s script as sources, though Kaufman isn’t consistently credited in subsequent episodes.)

Originally produced for the National Geographic cable network – which explains the occasional swears and bedroom scenes – and counting Leonardo DiCaprio among its producers, this Right Stuff zooms in on Alan Shepard, John Glenn and Gordo Cooper, each of whom is reduced to a type: Shepard (Limitless’ Jake McDorman) is a horndog, Glenn (Suits’ Patrick J. Adams) is squeaky clean and camera-ready, and Cooper (Once Upon A Time’s Colin O’Donoghue) is right in the middle, trying to rebuild his marriage and get a shot into space. But it’s disappointing to watch the show reduce what’s arguably humanity’s most important achievement to a pissing contest between Shepard and Glenn. That said, if this winds up nudging Kaufman’s film back into vogue, I guess that’s okay. Episodes 1 and 2 streaming Friday (October 9) on Disney+, with new episodes released on subsequent Fridays. NN (NW) 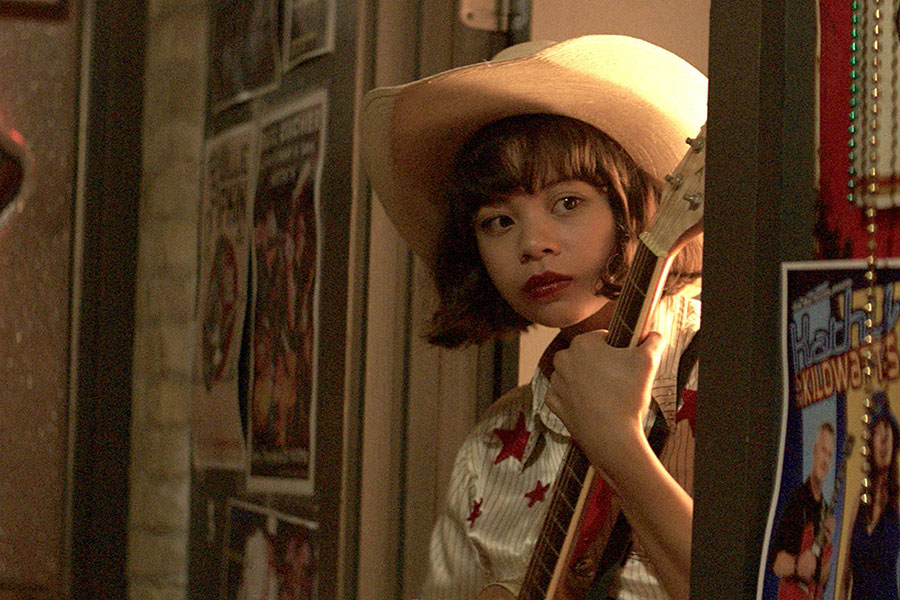 Two-time Tony Award-nominee Eva Noblezada (Hadestown) burns up the screen in her film debut as Rose, an undocumented Filipina teen living in a small Texas town and dreaming of country singer stardom. When her mother (Princess Punzalan) is arrested in a raid by ICE, Rose’s life is turned upside down, but several strangers – Libby Villari, who plays the kindly manager of the renowned Broken Spoke bar in Austin; country star Dale Watson, who plays himself – help her out until she literally finds her voice. Paragas’s script is messy and a little too on the nose, with several plot lines left dangling. But Noblezada is a confident, natural presence, and her soulful crooning is a highlight. It’s too bad she doesn’t get a proper duet with Lea Salonga, who plays Rose’s aunt. Watching two acclaimed Miss Saigons belt out a number would have been musical theatre nirvana. 94 min. Theatrical playdates subject to change in Toronto and Peel. NNN (Glenn Sumi) 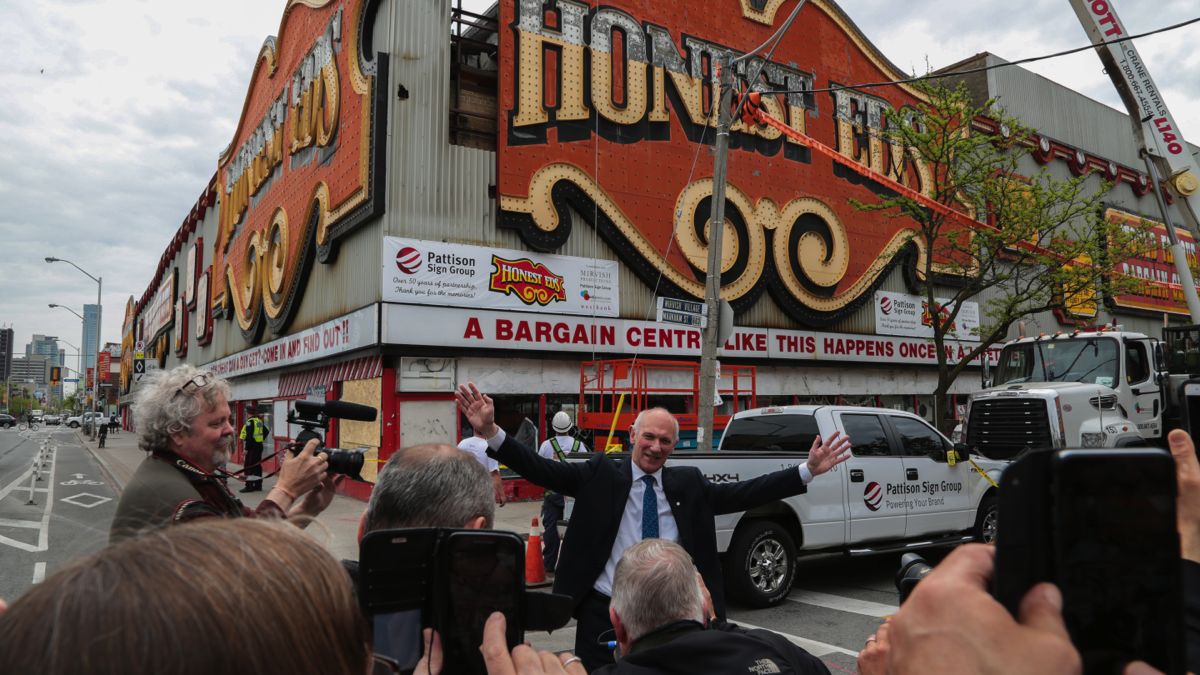 In a perfect world, Wei’s documentary would be screening at the Hot Docs Ted Rogers Cinema, across the road from the former Mirvish Village, and audiences would leave the theatre thinking about what Honest Ed’s demolition and redevelopment means for Toronto. But we don’t live in a perfect world, so you’ll have to watch it at home. Fortunately, There’s No Place Like This Place, Anyplace hasn’t lost any of its relevance since its premiere at Hot Docs this spring. The film considers the existential threat of urban gentrification, and more specifically how Toronto has changed in the years since Ed Mirvish’s beloved discount department store was a haven for working-class families. Wei and her partner live just down the block from the store, giving them front-row seats for the development process until they find a new place as well, which gives the story some personal stakes. And while the doc could have dug deeper into the question of what “affordable housing” really means in a city like Toronto, it does open a door for a larger conversation about it… which, again, would have been really nice to have with a crowd. 75 min. Available to stream at Hot Docs Ted Rogers Virtual Cinema Thursday (October 8). NNN (NW)

The 49th edition of Montreal’s film festival is the first to be available across all of Canada, offering a slew of titles that didn’t play TIFF – including James Benning’s Maggie’s Farm, Abel Ferrara’s Siberia, Lisa Rover’s feminist electro-rockumentary Sisters With Transistors and a restoration of the lost Dennis Hopper film Out Of The Blue. October 7-18, at online.nouveaucinema.ca

Kipo And The Age Of Wonderbeasts (season 3) (Netflix Canada)

The Wolf Of Snow Hollow

Streaming What to Watch