Our picks for the best new movies and TV shows streaming in February 2022 include The Girl Before, Super Pumped and Steven Soderbergh's new thriller Kimi 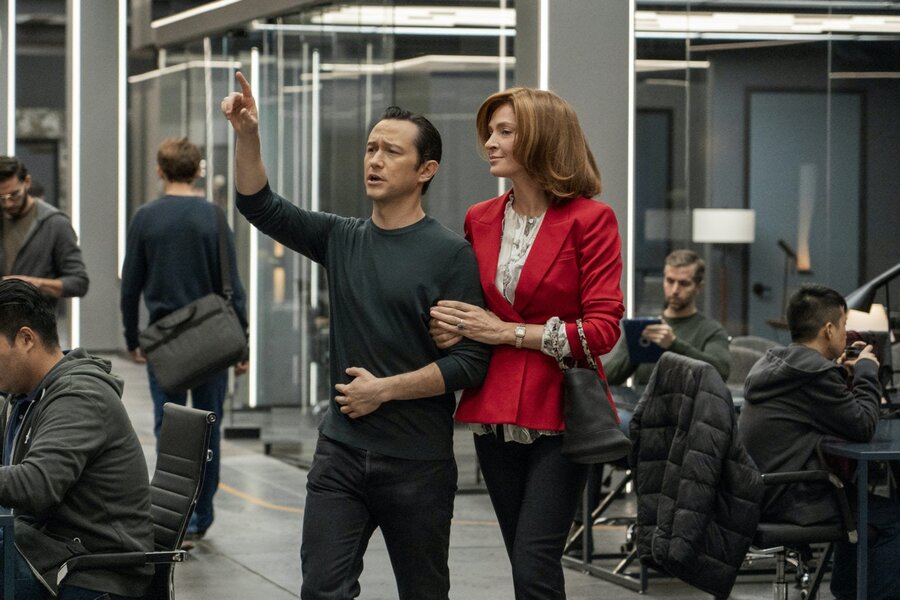 Joseph Gordon-Levitt and Uma Thurman star in Super Pumped: The Battle For Uber.

Our picks for the best new movies and TV shows hitting Crave in February 2022 include Super Pumped: The Battle For Uber, the return of Dollface and Steven Soderbergh’s new thriller Kimi

Super Pumped: The Battle For Uber

Mere weeks before Apple drops its WeWork docudrama WeCrashed, this Showtime miniseries – adapted from Mike Isaac’s book by Billions creators Brian Koppelman and David Levien – tackles another radical, disruptive tech innovator: the ride-sharing app that changed the face of metropolitan transportation, possibly forever and not necessarily for the better. Joseph Gordon-Levitt, Kyle Chandler and Kerry Bishé lead a cast that also includes Uma Thurman as Arianna Huffington, because why not. (NW) Sundays from February 27

Seven months after his 50s-set thriller No Sudden Move (reviewed here), it looks like Steven Soderbergh’s going back to more contemporary concerns, with Zoe Kravitz starring as an “agoraphobic tech worker who discovers recorded evidence of a violent crime during an ordinary data stream review” and must risk leaving her apartment to see justice done. Sounds like a companion piece to 2018’s Claire Foy thriller Unsane, doesn’t it? Maybe she’ll turn up. (NW) February 10

Now that you recognize Bridget Everett from her new HBO series Somebody Somewhere (which hit Crave a few weeks ago), you’re ready to take in her 2015 Comedy Central special, which gives you a good idea of her raunchy, raucous, song-filled act, taped live at Joe’s Pub. You won’t be the same after seeing her perform numbers like Titties and What I Gotta Do. (GS) February 4

Jamila Wignot’s documentary about the legendary dancer, director and choreographer Alvin Ailey premiered exactly a year ago at Sundance and has garnered lots of buzz since then. Besides Ailey footage and interviews with dance greats like Judith Jamison and Bill T. Jones, Wignot incorporates audio recordings of the artist for an autobiography he was working on when he died, in 1989, from AIDS-related illness. And she weaves it with contemporary footage of the Alvin Ailey Dance Company rehearsing his piece Lazarus. The doc is part of Crave’s Black History Month celebration. (GS) February 21

Gugu Mbatha-Raw stars in this four-part BBC thriller about a woman who gets the chance to live in an exclusive home designed by an enigmatic genius (David Oyelowo)… so long as she abides by his very specific rules. (In a parallel narrative, Jessica Plummer and Ben Hardy play other tenants of the house.) J.P. Delaney and Marissa Lestrade adapt Delaney’s 2016 novel; Killing Eve’s Lisa Brühlmann directs. Sounds appropriately chilly. (NW) February 10

An ordinary Seattle woman (Annabelle’s Annabelle Wallis) finds herself experiencing horrific visions of brutal murder in James Wan’s gonzo thriller, which didn’t get nearly enough attention when it arrived last fall. If you missed it, just know that it’s best experienced knowing as little as possible. Actually, that’s not entirely true; when you do know where it’s all going, it’s even better. Turn off the lights, turn up the sound and take the ride. (NW) February 11

The first season of Dollface premiered in November 2019 and followed a just-dumped Jules (Kat Dennings) as she reconnected with the female friends (Brenda Song, Shay Mitchell, Esther Povitsky) she left behind when she was in that relationship. This season, delayed because of the pandemic, follows the women as they head towards 30. It also acknowledges the pandemic itself. Some new actors in the cast include Canada’s own Lilly Singh as a queer bar owner who becomes involved with Mitchell’s Stella. (GS) February 11

Here’s the full list of new titles available on Crave in February 2022. The * symbol indicates a TV show or movie that is only available with the Starz add-on.

Astrid And Lilly Save The World (season 1, episode 3)

Astrid And Lilly Save The World (season 1, episode 4)

Astrid And Lilly Save The World (season 1, episode 5)
Frederick Douglass
The Newsroom (seasons 1-2)

The following titles are leaving Crave in February 2022.