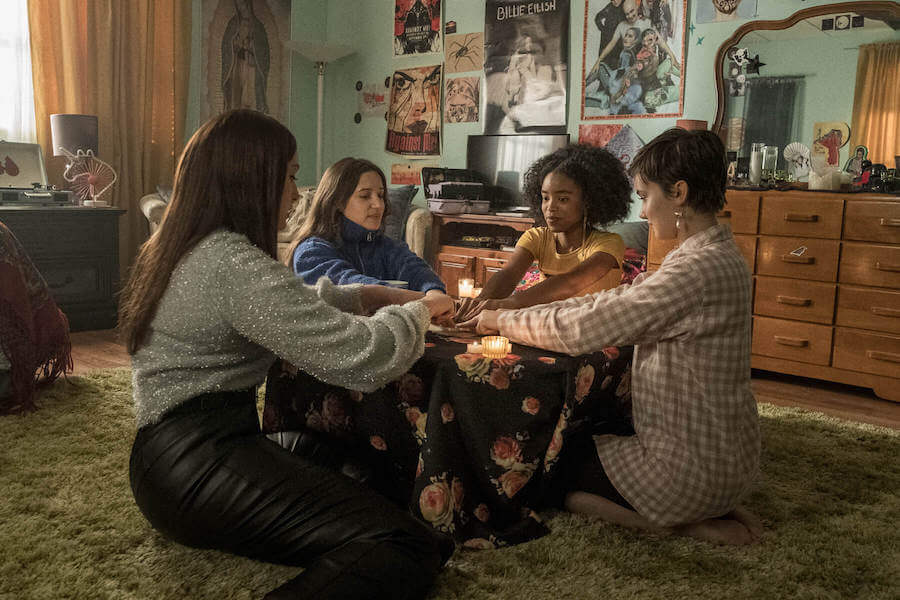 NOW critics pick what’s new to streaming and VOD for the weekend of October 30. Plus: Everything new to VOD and streaming platforms.

Look, at this point we just have to accept that every halfway beloved 90s property is going to get a remake or sequel whether it needs one or not. Writer/director Lister-Jones threads that needle nicely with The Craft: Legacy, which functions as both a continuation and a rehashing of Andrew Fleming’s 1996 teen-witch thriller. As before, a new girl (Devs’ Cailee Spaeny) arrives in a small town and is quickly befriended by the local weirdos (Gideon Adlon, Zoey Luna, Lovie Simone); as before, her heretofore unknown abilities take the group from spell-casting cosplay to serious magicks – much to the concern of the adults in authority (Michelle Monaghan, David Duchovny).

Lister-Jones improves on the original’s two-dimensionality in almost every way, from the inclusion of a trans character (and a wider spectrum of sexuality in general) to a very clever reworking of the first film’s love-spell gag. Her perspective also informs the movie’s tone, shaping Legacy as a more thoughtful, less scare-driven venture than its predecessor. The finale feels rushed – possibly because the production had to shut down its Toronto shoot when COVID hit and restart in Winnipeg – and one subplot feels whiffed, but this is still a much better movie than it has any right to be. 94 min. Now available on digital and on demand. NNN (Norman Wilner) 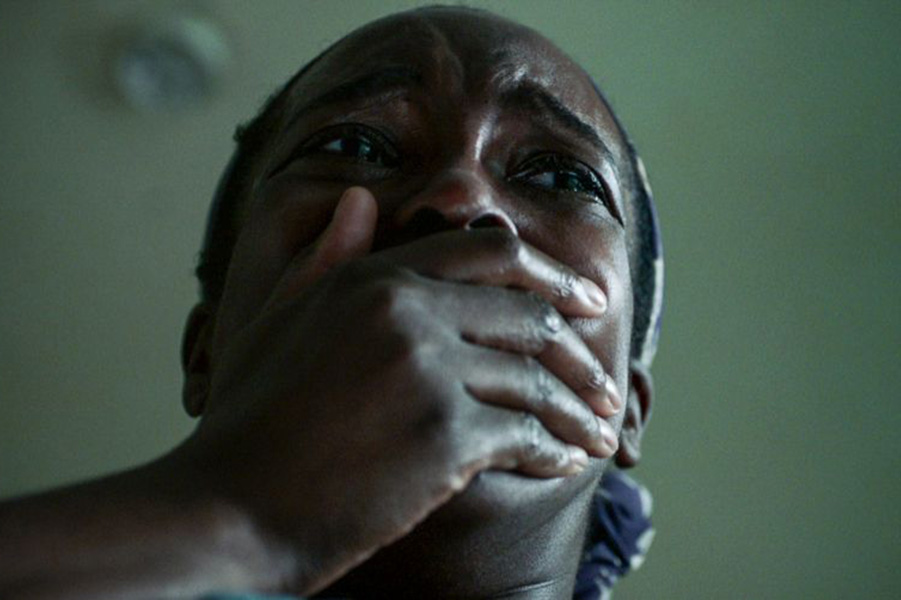 Resettled in a crumbling townhouse in England after fleeing South Sudan, refugees Bol (Sope Dìrísù) and Rial (Wunmi Mosaku) find themselves tormented by malevolent spirits… as well as by their memories of the little girl they lost during their escape. Spare and tense, Weekes’s feature debut finds a credible new context for its haunted-house premise: Bol and Rial can’t tell anyone what they’re experiencing because they think they’ll be dismissed as superstitious Africans, and that could endanger their asylum claim. (There’s a very sharp commentary on the United Kingdom’s apathetic, underfunded refugee support system, embodied by Matt Smith as a social worker who’d clearly be much happier never having to see his clients.)

The genre’s prerequisite of characters walking into dark rooms and waiting for something to jump out at them becomes an amplification of the PTSD they’re already experiencing, and the ghosts are realized with no small amount of menace. And just when it seems like things are getting predictable, Weekes complicates the third act with a genuinely surprising twist. Nice one. Some subtitles. 92 min. Available on Netflix Friday (October 30). NNNN (NW) 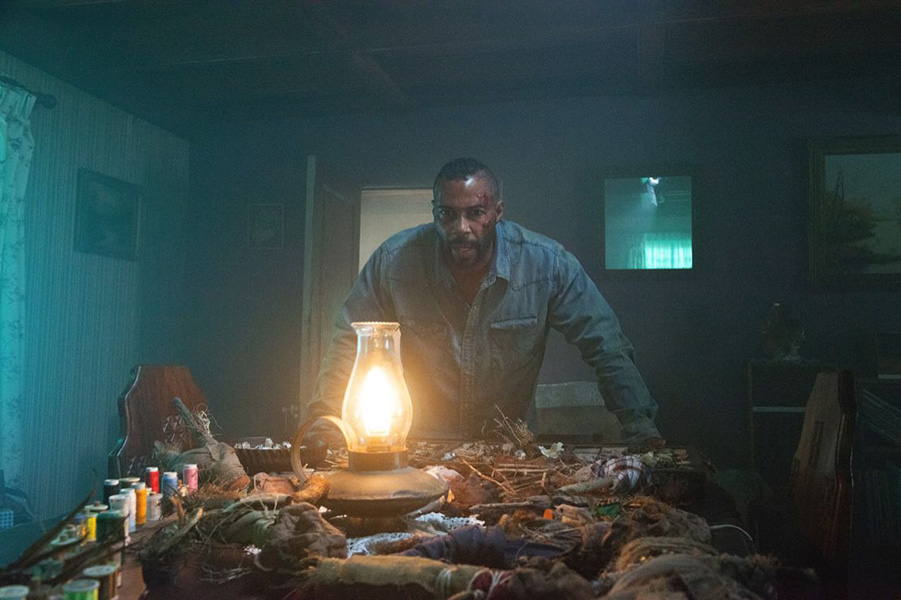 When his estranged father dies, Los Angeles lawyer Marquis Woods (Omari Hardwick) flies his family home to Appalachia for his father’s funeral. Then he wakes up badly injured in an isolated farmhouse, tended to by a hoodoo practitioner (Loretta Devine) whose intentions may not be entirely benevolent. Tonderai’s first feature since the Jennifer Lawrence slasher movie The House At The End Of The Street plants itself firmly in the territory between Angel Heart and Misery, drenching Kurt Wimmer’s fairly basic script in queasy camerawork, Southern Gothic atmosphere and very messy prosthetics (including a far more graphic take on hobbling than Rob Reiner could ever stomach). Hardwick and Devine invest their characters with presence, facing off in a battle of wills that plays on stereotypes of city and country folk while also rooting the drama in a clash between the past and present. Things do get a little saggy around the one-hour mark – limiting the story’s perspective to a bedridden protagonist can be, well, limiting. But Tonderai rallies for the climax, which is exactly as big and blazing as it needs to be. 95 min. Available on digital and on demand Friday (October 30). NNN (NW) 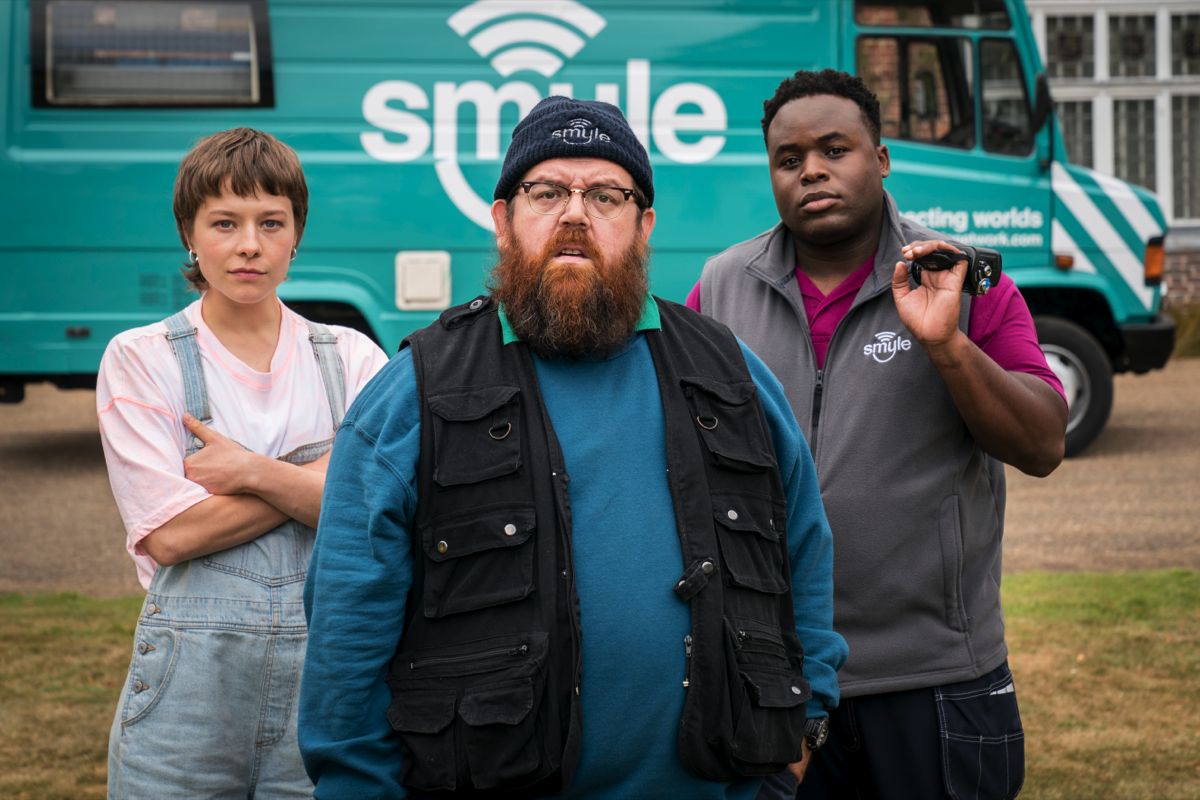 The trailers for Amazon Prime Video’s paranormal comedy – co-created by and co-starring Nick Frost and Simon Pegg – do their best to position Truth Seekers as an amateur X-Files, with unprepared heroes battling ghosts and demons in bucolic British settings. It’s even more mundane than that – and sadly, not terribly entertaining. More than anything, Truth Seekers feels like a feature film hastily repurposed into a season of television, with the first act stretched out over two hours in order to introduce its core characters: fibre-optics installer Gus (Frost), who moonlights as a YouTube ghostbuster; his new assistant Elton (Samson Kayo), an insistent unbeliever; Elton’s sister Helen (Susan Wokoma), a nerd with crushing social anxiety, and Astrid (Emma D’Arcy), a young woman pursued by spirits. Pegg gets a glorified cameo as Gus and Elton’s supercilious boss, and Malcolm McDowell plays Gus’s cranky father-in-law, who gets caught up in an evil scheme by a radical necromancer (Julian Barratt) in the second half of the season.

The cast is certainly talented – Wokoma, of Chewing Gum, Enola Holmes and Year Of The Rabbit, is a damn force of nature. But the jokes aren’t especially funny and the horror aspects aren’t particularly scary. Maybe it all comes together in the final episodes – only the first four were made available for review – but I can’t say I’m in any hurry to find out. All eight episodes available to stream on Amazon Prime Video Friday (October 30). NN (NW) 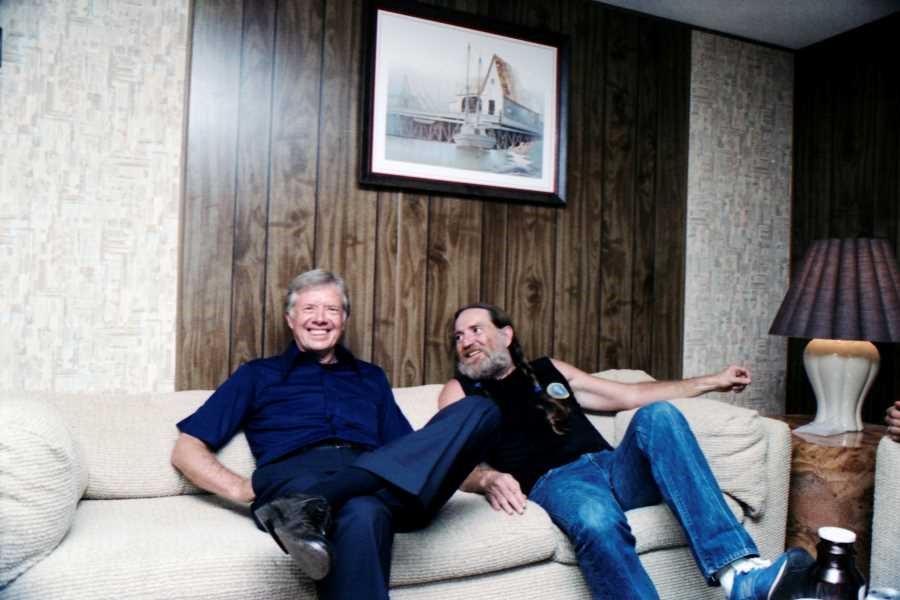 Did hanging out with rockers make Jimmy Carter a better chief executive? That’s the fuzzy thesis of Wharton’s pleasant if insubstantial profile, which rambles through the life and career of the 39th president, taking particular note of the musicians whose paths intersected with his. Mixing contemporary interviews with decades worth of archival footage, Wharton crafts a portrait of a curious, complex politician with eclectic musical tastes and an open heart, who never allowed himself to be stunted by his circumstances.

Of course a man who grew up dirt poor in South Georgia would have an affinity for Johnny Cash, Willie Nelson and the Allman Brothers, but Carter also bonded with Bob Dylan, Mahalia Jackson and Aretha Franklin, among others. Wharton’s gimmick allows Carter’s famous friends to provide insight into his presidency; no other documentary would find room for Greg Allman praising Carter’s political acumen vis a vis the Camp David Accords. And a clip of Carter cheerfully, goofily performing with Dizzy Gillespie at the first White House jazz concert in 1978 is a balm for the soul, even if it presents a vision of politics that’s utterly unrecognizable in 2020. 96 min. Available to stream Thursday (October 29) at Hot Docs Ted Rogers Virtual Cinema. NNN (NW)

The seventh edition of the KFFC spotlights the work of female filmmakers over the decades; Canadian entries includes Helen Lee’s 1995 short Prey, a twisted romance starring Sandra Oh and Adam Beach, and Min-sook Lee’s 2008 documentary Tiger Spirit, about the divided perspectives of the North and South Korean people. The entire program will be available online through November 30, so take your time. October 29 – November 2 at koreanfilm.ca

The Day Of The Lord (Netflix Canada)

A Belle For Christmas (Netflix Canada)

My Name Is Pedro 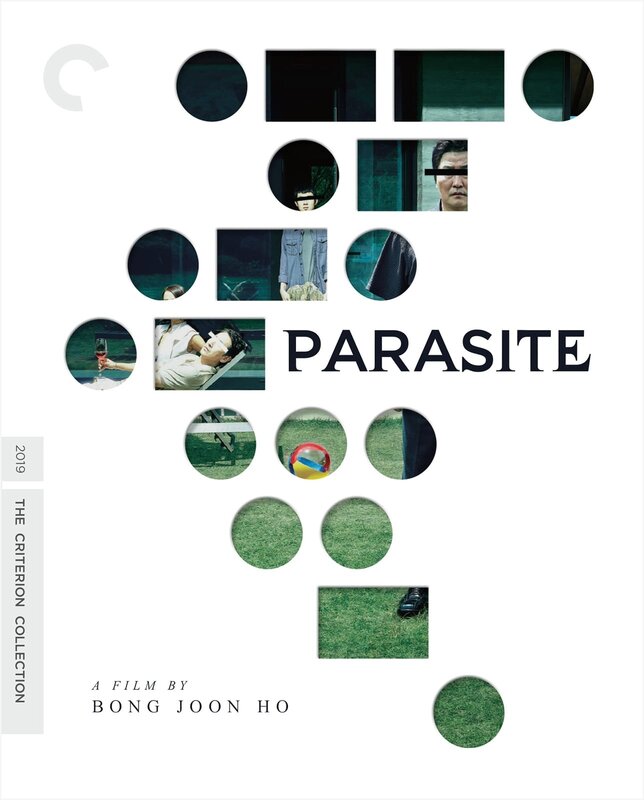 Bong Joon-ho’s genre-shuffling satirical masterwork rides its Oscar triumph straight into the vaunted Criterion Collection, where it gets a two-disc special edition that puts Universal’s earlier release to shame. In addition to an audio commentary that pairs Bong with critic Tony Rayns and extensive video interviews with Bong, director of photography Hong Kyung Pyo, production designer Lee Ha Jun and editor Yang Jinmo, the package also includes Parasite’s giddy Cannes press conference, a master class with Bong from the Lumiere Festival and a discussion of the New Korean Cinema with Bong and fellow filmmaker Park Chan-wook. Criterion also throws in the black-and-white version of Parasite, as a treat; both presentations of the film offer Dolby Atmos audio, which wasn’t an option on the Universal Blu-ray. Upgrade away! Capitalism demands it!

Update (October 30): Crave’s 007 Collection has moved from November 1 to November 10. This post has been updated.