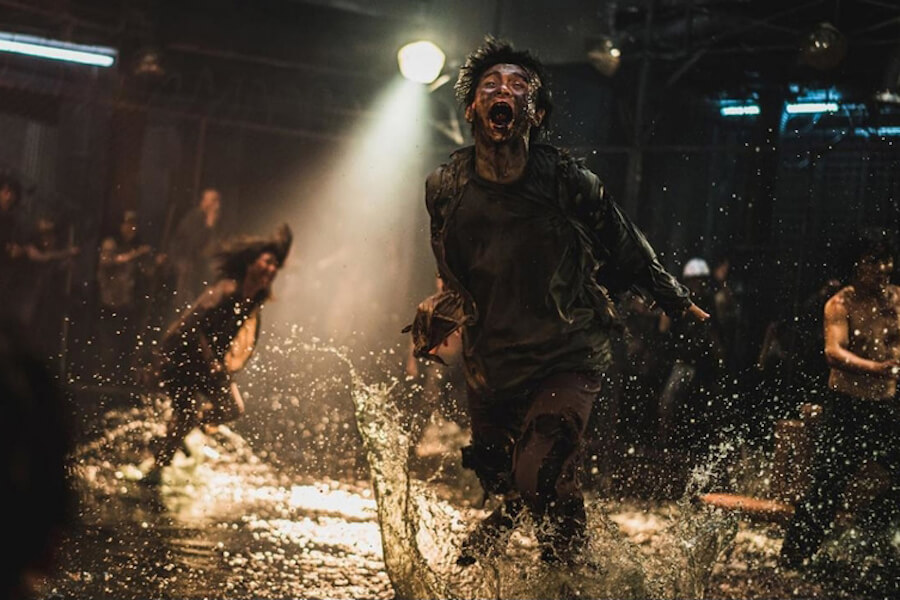 Planning to go back to the movies this weekend? I’m in no hurry myself, but here’s some qualified advice: Wear a mask, don’t bother with snacks, and go see Yeon Sang-ho’s Train To Busan Presents: Peninsula. Specifically, see it in IMAX. You’ll be in a huge room, spaced well apart from other moviegoers, and hopefully the HVAC will be working overtime to circulate the air. And the movie’s a blast.

Yeon’s sequel to his 2016 action-horror Train To Busan – a mercilessly high-concept knockout about a random group of people who find themselves trapped on a speeding train with a rapidly spreading zombie virus – may not have the same kick as its predecessor, but it’s content to do its own thing, and it does that exceedingly well.

Peninsula – retitled Train To Busan Presents: Peninsula for its international release, because IP is god now – is more gruesome adventure than horror, with the zombies just one aspect of the story. Yeon is employing the Alien/Aliens expansion formula, creating a sequel that breaks away from the style and tone of its predecessor while still clearly taking place in the same thematic universe.

Four years after the events of the original film, South Korea is a hollowed-out hellscape… but the zombie virus has been contained. Those who escaped the plague have been resettled in Hong Kong, living miserably as refugees in a nation that didn’t want them. (The movie was made before the advent of COVID-19, but there’s a shivery power in an early scene of Asian characters being shunned by ignorant asses who blame them for the outbreak – even if those ignorant asses are Asian themselves.)

Former military officer Jung-seok (Gang Dong-won, of Illang: The Wolf Brigade) is one of those refugees, still tormented about the circumstances of his escape. And then his brother-in-law Chul-min (Kim Do-yoon) reaches out with a business opportunity: some gangsters are looking to retrieve a truck full of cash that was abandoned on a bridge in Incheon. They’ll handle the passage in and out; Jung-seok knows the city and has the skills to take out any obstacles that might present themselves. What else is he doing with his life these days?

And within 20 minutes, Peninsula takes us back to zombieland, with the mission almost immediately going wrong and Jung-seok, Chul-min and their team forced to fight their way out of a dystopian hellscape where the zombies aren’t always the most pressing threat. A number of people survived the walling off of South Korea, and have developed their own society, which is not exactly the healthiest place.

Having established his multi-tiered narrative, Yeon goes absolutely wild with it, throwing a host of antagonists and potential allies at Jung-seok, including a pair of sisters (Lee Ye-won, Lee Re) who’ve established a very special set of skills since the outbreak, trained in survival by their remarkably resourceful mother (Lee Jung-hyun).

As in Train To Busan, it’s all about who you’re willing to die for, and almost every character is tested on that. But as in Train To Busan, it’s a great deal of fun to watch this grim story play out. Yeon is an exhilarating filmmaker, whirling his camera around deliriously while still making sure the action is coherent and thrilling. And he does so while tipping his blood-encrusted cap to Carpenter’s Escape From New York, Romero’s Day Of The Dead, Spielberg’s Jurassic Park and at least two Mad Max sequels, all stitched together to create a new, surprising thing.

It’s true that Yeon’s reliance on familiar points of reference keeps Peninsula from feeling quite as remarkable as its predecessor. But he’s still giving us a hell of a ride.