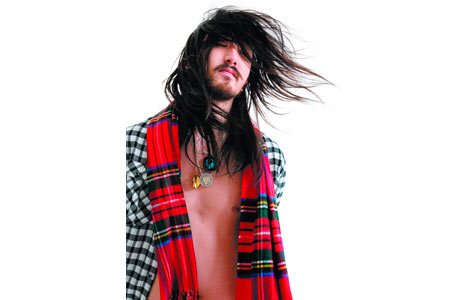 It’s a little-known fact that producer/label owner/DJ to the stars Steve Aoki, who started making electro-house in 2004, has musical roots firmly planted in the hardcore world.

While chasing two degrees at the University of California – in sociology and women’s studies – the Miami-born musician sang in the band This Machine Kills and threw DIY shows in his own living room.

“We had everyone from Dillinger Escape Plan to Isis to At the Drive-In play there,” says Aoki, who recently teamed up with Bob Rifo of the Bloody Beetroots to start the punk band Rifoki. (EP dropping soon.)

“It’s not very well known, but Bob and I are really into that type of music.”

That living room also served as the birthplace of Aoki’s Dim Mak record label, which now features Armand Van Helden and local boys MSTRKRFT and AutoErotique, all of whom Aoki will be promoting Friday at This is London.

“I usually play 50 per cent original and remixed tracks,” says Aoki, the son of Japanese Olympic wrestler Rocky Aoki, who founded the Benihana restaurant chain, “then classics and newer stuff by Dim Mak artists. I try to show them love every time I play.”

Aoki’s punk-rock penchant is most apparent when he performs he’s famous for crowd-surfing mid-set and soaking nubile fans in vodka. This rock-star style has earned criticism from more orthodox DJs.

“As long as people don’t have some foul, racist shit to say to me, then I couldn’t care less,” he says. “People are entitled to their own opinions.”

Aoki talks about his favourite DJs.