NOW MagazineMusicAlbum reviewsReview: Bill Callahan has developed a conscience on Shepherd In A Sheepskin Vest

Review: Bill Callahan has developed a conscience on Shepherd In A Sheepskin Vest 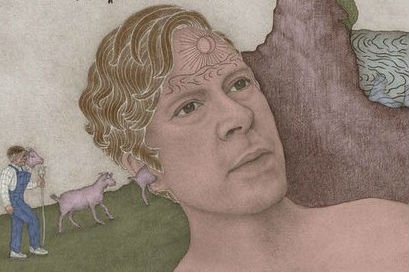 These are the first words we hear from Bill Callahan on Shepherd In A Sheepskin Vest, his first new collection of music in six years. Much has changed in that time, at least on the surface. The patron saint of monotone baritones has become a husband and father and settled down in Texas. Reinventing himself as a domesticated indie rock elder statesman, he wants fans to forgive him for the cold-blooded old times of his turbulent relationships with Joanna Newsom and Cat Power’s Chan Marshall. On Call Me Anything, one of the album’s early highlights, Callahan attempts to rewrite this history: “I never was the things I said I was / But it’s not as if I lied / What I was, all I was / Was the effort to describe.”

It’s always been difficult to separate fact from fiction with the cult songwriter originally known as Smog. I Was A Stranger, one of Callahan’s most beloved songs from 1997’s Red Apple Falls, finds him embodying a shadowy villain travelling from town to town with the cloak of anonymity. Twenty-two years later, he still has a sly sense of humour and brilliant way with words, but he’s developed a conscience. Comparing himself to scientist Bruce Banner and his brute green alter-ego on The Ballad Of The Hulk, Callahan delivers yet another stunning stanza: “A master of reiki / Waved his hands over me / And said I eat too much steak / And hold on too long to ancient aches / And both are so hard on my heart.”

Throughout this 20-song double LP, an all-you-can-eat steak buffet for listeners, Callahan devises and reprises vividly painted characters with economic poetic flair. He’s a shepherd afraid to find his sheep, the son of a fisherman with an empty kitchen table, a man travelling through a godmotherly morning or simply a writer enjoying a return to his pen. At age 53, the real-life Bill has recharged himself with Big Dad Energy, sharing more personal details than ever before through sincere interviews and his sarcastic Twitter account.

The musical arrangements are even sparser than Callahan’s last studio album, 2013’s Dream River, yet his foghorn voice remains intimately pushed to the forefront of the mix. The record’s short list of collaborators includes his wife, Hanly Banks Callahan, harmonizing on a cover of the folk standard Lonesome Valley, slowly shuffling through an acknowledgement of mortality. This sage self-examination continues on Tugboats And Tumbleweeds, as he sings “when you get older, find a quiet time / To ride on ahead or far behind / And take a good look inside your mind.”

Son Of The Sea contains perhaps the album’s most honest lyrics, as Callahan intones “Giving birth nearly killed me / Some say I died / And all that survived are my lullabies.”

If we take his words at face value, our problematic fave is reborn, ready to usher fans into new territory with his most radical role to date: a loving family man.

Top track: The Ballad Of The Hulk