On Tell Me How You Really Feel, the witty Australian singer/songwriter articulates the anxiety in her own mind and of the current cultural moment 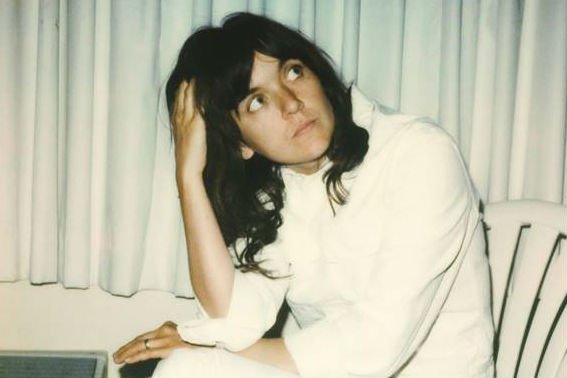 Sometimes the most laid-back-seeming people are the ones dealing with the most anxiety and self-doubt.

Courtney Barnett’s drawling Australian accent, short-story writer’s eye for observation and rambling guitar compositions have often mischaracterized her as a zenned-out millennial slacker guru. But underneath her laconic, ultra-specific slice-of-life songs has always been intense introspection.

She’s a songwriter who lives inside her own mind (or the minds of her narrators), and her ability to insightfully articulate what goes on in there is what makes her songs so relatable. That’s partially what made Lotta Sea Lice, her collaborative record with Kurt Vile from last year, fall flat despite the seemingly perfect match: Barnett’s best duet partner is her own inner monologue. She’s in a constant dialogue with her own thoughts.

Tell Me How You Really Feel is her most inward-looking album but also one that pulls back to engage with bigger political and cultural conversations more directly than we’re used to from her.

First single Nameless, Faceless takes aim at the anonymous trolls who insult and threaten women online and cause them to feel IRL fear. The chorus is a paraphrase of a Margaret Atwood quote – “Men are afraid that women will laugh at them, women are afraid that men will kill them” – but hearing a chorus about “women” instead of her usual first- or second-person pronoun is almost disorienting. It’s followed by the brief, blistering I’m Not Your Mother, I’m Not Your Bitch, another song with a feminist message you don’t have to dig deep to find.

That, though, is followed by Crippling Self-Doubt And A General Lack Of Confidence, a thesis statement song if she’s ever had one. The Breeders’ Kim and Kelley Deal sing as her conscience, or the voice of society (or a therapist), asking the question posed in the title of the album, to which Barnett responds, “I don’t know, I don’t know anything.”

Those self-questioning tidbits are all over the record, often answered with reassuring aphorisms that almost border on self-help: “Indecision rots like a bag of last week’s meat” “Your vulnerability, stronger than it seems” “Darkness depends on where you’re standing.”

If there’s a song that would fit on her last solo album, 2015’s Sometimes I Sit And Think, And Sometimes I Just Sit, it’s City Looks Pretty, another witty elevation of the mundane, this time about the ennui that comes from seeing the world passing by from the window of a tour bus. She clearly still has a lot of time to sit and think.

Top track: Crippling Self-Doubt And A General Lack Of Confidence