The soulful Toronto singer/songwriter stretches out in new directions on his surprise-release sophomore album, with mixed results 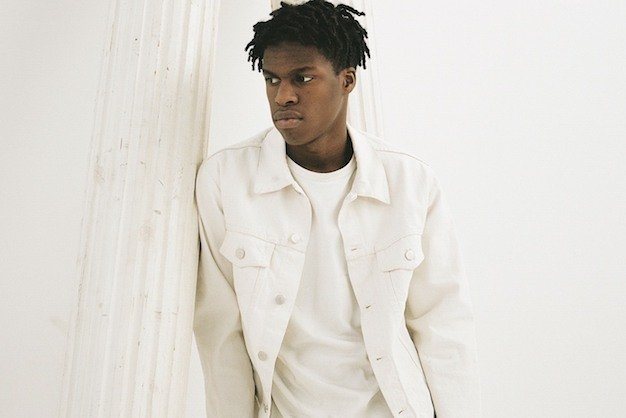 Daniel Caesar performs at the Mod Club next month.

When he was on the cover of NOW in 2017, Daniel Caesar was the quintessential underdog story: a humble kid from Oshawa breaking out on the international stage while keeping things independent. On his debut album, Freudian, his vulnerability shone through his casual confidence, giving weight to the gentle soulfulness and the searching quality of his music.

Since then, he’s spent a lot of time in L.A., appeared on Barack Obama’s playlist and even played a private concert for LeBron James and his wife on their anniversary. Now, on his surprise-release sophomore album, he’s got some pretty major collaborators in Pharrell, John Mayer and Brandy. But despite the metoric rise and the extra industry attention, he’s still working with the same Toronto team, executive producers/managers Jordan Evans and Matthew Burnett and art designers Keavan Yazdani and Sean Brown. And he makes some room for a guest verse from his Toronto rapper pal Sean Leon. And like its predecessor, this album is released independently on his own label.

That’s not to say it’s a retread. Though the sound is recognizably Caesar – full of soulful falsetto, instrumental warmth and unimposing psychedelic touches – he’s stretching out in different directions. He flirts with reggae on Cyanide, and brings almost doo-woppy backing vocals on Open Up. It’s almost surreal to hear the Neptunes’ signature four-count start lead into a song by a guy who not long ago was playing free acoustic shows in Trinity Bellwoods, and their production on Frontal Lobe Muzik leads him closer to contemporary hip-hop than he tends to go, even letting his naturally gorgeous voice get warped by Auto-tune.

One of Freudian’s biggest strengths is the way it creates a vibe and keeps it up throughout. That carries through here to an extent, but the album feels less cohesive as he stretches out. Thematically, he’s still concerned with love and sex – like on the Brandy duet Love Again, one of the simplest songs on the album and also one of the best – but often seems like he’s more concerned with the chaos in his own life, his struggle to be a better man and a better musician. (On Open Up, he suggests that they’re almost one and the same, singing “the piano that I fuck you on [is the] same one on which I write these songs for you.”)

Scientific principles run throughout the album as metaphors, as he sings about entropy, his frontal lobe and superposition. At one point he rhymes “in a sense” with “bioluminescence.” Occasionally, the aim for complexity translates as pretentiousness, which gets in the way of the emotion of the music. Again on Open Up, he tries to hurry a lover into bed, singing, “I don’t feel like talkin’ unless it’s ’bout me, or philosophy / Can we just get down to business?”

It’s important not to confuse the narrator of a song with its author, but that “I only like to have deep conversations” attitude often feels like it’s lurking behind the soul-searching. And knowing he’s recently had to make public apologies for defending right-wing conspiracy theorist Candace Owens and calling Black people “too sensitive” about racism affects how you might hear a lyric like “bourgeoisie trying to silence me” from Too Deep To Turn Back.

Caesar has mostly kept quiet on social media since that incident, and it sounds like he’s channelled his introspection back into his music. That’s to the benefit of Case Study 01. The album wouldn’t be satisfying if it was just another version of Freudian. But Caesar calls the album an experiment, and that’s often what it feels like. He’s still figuring it all out.