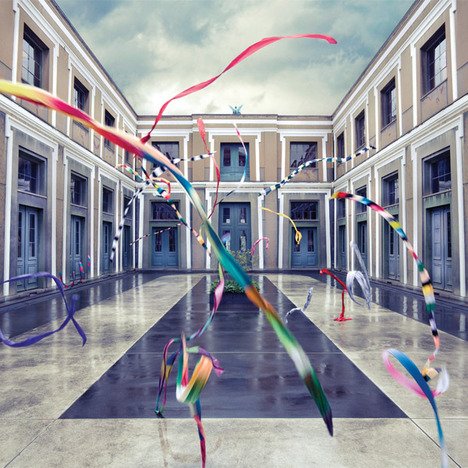 Copenhagen experimental orchestral rock band Efterklang go pop on their third album, but don’t expect their elegantly arranged off-kilter tunes to crop up on top-40 radio any time soon. They’re still far off in left field – even if this is their most conventional album so far – and frankly, we wouldn’t have it any other way.

The new emphasis on traditional pop structures gives Magic Chairs a focused feeling that Efterklang’s earlier work sometimes lacked. Hanging their extravagant orchestral touches and atmospheric textures on this more concise framework means those little moments of sonic beauty act as icing on the cake – always better than one made entirely of icing, no matter what your stoner buddy says.

There’s still a tendency toward icy detachment, but considering their affection for almost overwrought instrumental embellishments, the restraint serves them well.