The singer/songwriter, who notably moved Pharrell Williams to tears, mixes major label pop aspiration with a studious folk-indie sound on Heard It In A Past Life 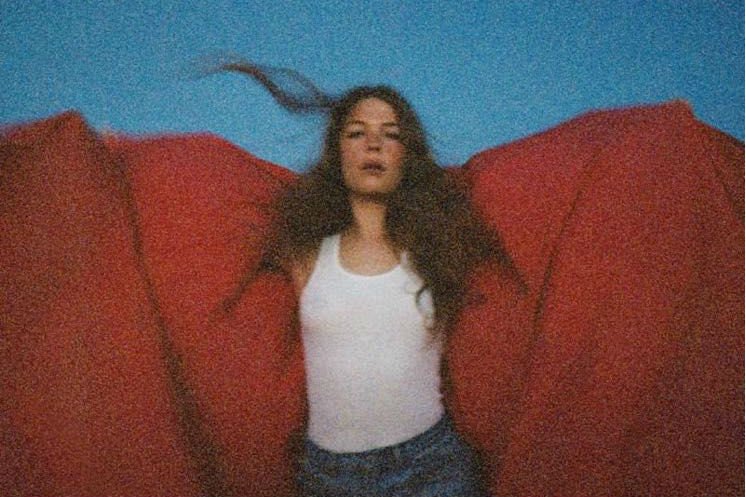 Maggie Rogers’s pop narrative began with virality. The video of her moving Pharrell Williams to tears by playing him her song Alaska at NYU was a defining sign of what she’s capable of – a big voice and big moment in front of a major industry player.

A quieter part of the singer/songwriter’s come-up is that she interned for the journalist Lizzy Goodman while she worked on Meet Me In The Bathroom, her oral history of 2000s indie rock. Rogers transcribed dozens of hours’ worth of interviews with prominent New York musicians, parsing their histories and missteps, anecdotes of successes and turmoil.

Those competing senses of major label, stadium-bound pop ascent and deliberate attention to detail are at work on her debut album, Heard It In A Past Life. It’s like someone scientifically spliced the quirky charisma of the Haim sisters together with the eccentricities and tenderness of Florence Welch.

Opening track Give A Little is bold, energetic and memorable, with a chorus begging to be heard by a television music supervisor. Overnight slides a swaggering beat under Rogers’s cool, smirking vocals.

It’s a folk-indie sound, one that few major pop artists are shooting to the charts with in 2019, but Rogers also incorporates R&B elements, deft drums and, strikingly, choral arrangements and gospel textures. It’s a savvy move – by being a few things instead of one, she can to be many things to many people. Her percussion is often mesmerizing, the glue holding it all together.

It’s all cinematic in a broad sort of way, the kind of album you can put on and walk through the streets, imagining how the movie of your own life would unfold. Thematically, it swerves through early 20-something existential angst in a rather predictable and trend-chasing way, which starts to lag and feel samey in the album’s second half.

It’s too early in Rogers’s career to predict where she’ll land in the pop landscape, but she’s created a bridge forward. Her ability to combine a big, broad sound with studious attention to detail transforms what could be a restless debut into something more.