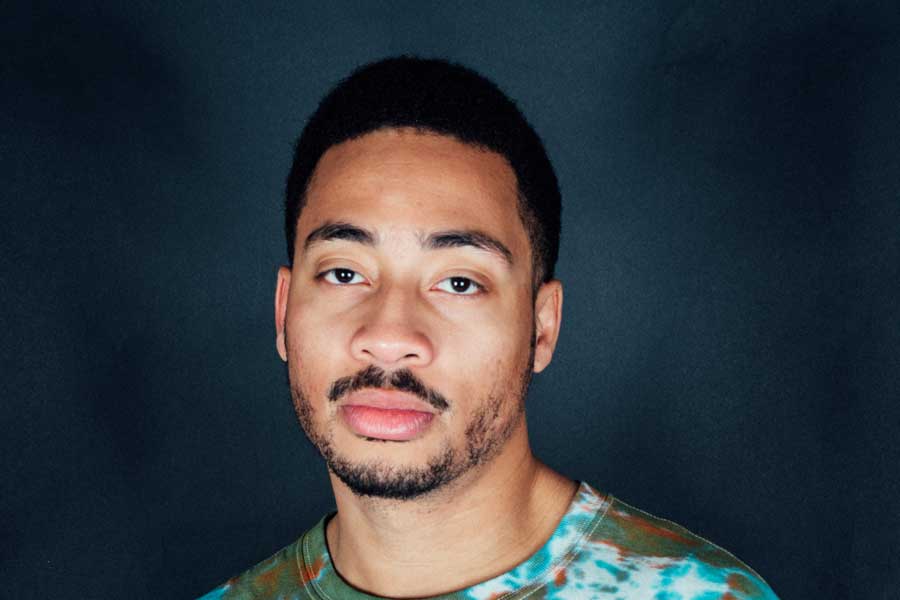 It’s another Bandcamp Friday, the day when the online music seller waives its revenue share and puts all of sales into artists’ pockets. In honour of the musical holiday, NOW writers Kelsey Adams, Kevin Ritchie and Richard Trapunski rounded up some of our favourite new music by Toronto artists from this past month. It’s a supersized edition of this roundup with music from Bandcamp and beyond.

Toronto DJ/producer/vocalist Chippy Nonstop has put out her first new album in nearly a decade. Check out my interview with her here.

In a recent Substack post about his new album, Cadence Weapon wrote: “I realized that being under lockdown wasn’t so different from the circumstances that inspired my first album. It felt like I was back at my mom’s house again: researching music, nerding out, going down internet wormholes and eventually, creating my own personal language for communicating with the world.”

On his latest album, Parallel World, that introspection and contemplation becomes abundantly clear. It’s a collection of songs covering topics from hyper-surveillance, anti-Black racism and the realities we create online. The production is fresh but hard to lock down (in the best way), flitting from grime to downtempo to trap.

Charmaine drops bars with the bold conviction that she could go toe to toe with anyone in the game. The three-word description for this five-track EP? Energy. Energy. Energy. From brash lyrics to high-octane production, the whole project is an onslaught from the first beat. The dolphin whistles on BOLD or the sing-song voice she sometimes raps in show signs of an artist who isn’t afraid of having a little bit of fun with her style.

On the surface, Ceréna’s latest single is a quintessential club pop song, pulsing bass, heavenly vocals included. In an Instagram post about the single, Ceréna shared that it’s about so much more. “[It’s about] my struggle with depression, my gender identity, my love life, and my dreams and hopes for the future…[priority] is a conversation between me and my higher self.” ⁠The Club Quarantine co-founder premiered the video during one of the online collective’s parties. It’s a trippy, fantastical world of Ceréna’s own making.

Alex Porat is moving into pop princess territory with her latest single and video, down to the slick choreo and funky matching two-piece sets. A change in sonic direction from the more dreamy, languid sound of last year’s bad at breakups EP, Dimension is definitively upbeat and danceable. With reverberating bass and earworm vocals, she makes fantasizing about an impossible relationship sound like a fun time.

Bambii continues to bring her future dancehall to the world. The DJ and producer has spent time in the motherland a.k.a. Kingston, Jamaica working on music and Truck Riddim is a taste of what’s to come. With a boastful and dirty feature from rapper BEAM, it’s a track designed to be played at a sweaty summer block party. For now we’ll just blast it and whine in front of our bedroom mirrors.

RALPH has been undeniable since she hit the scene in 2015 with innovative pop songwriting and quirky video treatments. Her latest video for Tommy is no exception. Descending into a lush, aristocratic world of Marie Antoinette wigs and bodices in rainbow colours, a lovelorn RALPH sings about a missed connection. In her fantasy world, she and Tommy dance the night away together but in reality all she got was his name. Her new EP Gradience will be out this summer.

The latest member of hip-hop group the Sorority to strike out solo is Lex Leosis, who takes a trip to the club on Won’t Wait, a thumping housey cut accented by playful jazzy inflections. It’s a slick production that sees Leosis’s flows bouncing along to summery, accessible melodies without sacrificing her focus on wordplay. Her Terracotta EP is due out July 9.

It’s springtime. You know what that means? Summer songs are starting to roll out so they have time to marinate in time for the hottest season hits. R&B singer/songwriter Adria Kain captures a vivid feeling of tentative love in an ode Kensington Market romance with shuffling drums and a heavenly hook. Two years after she appeared in our Sound of Toronto issue, Kain has continued to up her songcraft, finding a nice mix between subtlety, familiarity and the unexpected. This single is full of sweetness.

Toronto electronic producer Korea Town Acid (aka Jessica Cho) has an affinity for adventurous, improvisational and polyrhythmic beats but on her debut album Metamorphosis (on Bandcamp here) she frequently plugs into menacing, grimey hip-hop. The low, blistering single Bounce hits hard with buzzy beats and double-time rhymes from UK-based MC Pianwooo, but Cho slips in dreamy digressions that subtly shift the mood.

Dorothea Paas’s angelic voice has been a secret weapon of the local music scene for years now. It’s shown up in the disco-pop of U.S. Girls, in the groovy psychedelic prog of Badge Époque Ensemble and with Jennifer Castle. This is her debut album, and it feels as much like a product of 2021 Toronto as it does one of those dusty old 60s coffee house folk scene relics that gets rediscovered and reclaimed as a stealth gem (there’s also some late 2000s Brooklyn indie rock in there). Her voice is searching, soulful and spiritual, flitting through warm and layered arrangements and production. A perfect listen for our introspective age.

Fiver with the Atlantic School of Spontaneous Composition

Simone Schmidt’s shapeshifting singer/songwriter project is now a collaboration with Bianca Palmer, Nick Dourado and Jeremy Costello, who are likely best known for playing with Beverly Glenn-Copeland. Now they’re here adding an improvisational, somewhat jazzy drift to Fiver’s thoughtful country, which has never been known to draw inside the lines (except maybe here). This debut album (which you can buy on Bandcamp here) was recorded in 2017-2018 and meant to be released last September but was delayed by Schmidt’s tireless activism work with the Encampment Support Network. Their words are always worth listening to carefully, and I’ll have an interview out soon, so I’ll just drop the link below and let you hear for yourself.

DijahSB: Head Above The Waters

DijahSB has been building momentum for awhile now, and their new album Head Above The Waters hits fast-forward on the come-up. The rapper, who appeared in this year’s Sound of Toronto issue of NOW, does everything they do best here: vulnerable lyrics about staying grounded while the world goes to shit, undeniable wit and charisma over smooth grooves from producers like local stalwart Harrison. The album came out a couple of weeks ago and it’s been on repeat – an easy pick for Bandcamp Friday.

Some bonuses: DijahSB also participated in a special video as part of Myseum’s digital Women In Hip-Hop exhibit (which you can peruse here), performing their verse in the non-album single Control alongside fellow MCs Keysha Freshh and Exmiranda.

Terrell Morris, who features on Head Above The Waters, has his own new YouTube EP called Lavender: Live From The Wayside. Rapping and singing over jazzy keys and saxophone, it’s a soulful live excursion from a handful of local venues including The Rex Hotel. You can watch the whole thing here.

Szaio is the new project from film production designer Zosia Mackenzie, a hard-hitting electro-pop project with some serious production chops. This is the first single from the upcoming debut EP Obraz (out May 14), and it was shot on location at Mackenzie’s family home in Warsaw, where she also recorded the project pre-COVID. Her partner John O’Regan, who knows a thing or two about DIY pop videos from his halcyon days as local favourite Diamond Rings, directed and edited the video. In an email, he gets technical telling me they transferred the footage to Kodak B/@ 35mm at 1.66:1 “aka European Widescreen.” Helpfully for us with Polish-sounding surnames but no ability to speak the language, the striking video also features English subtitles.