NowMagazineMusicBikini Kill are playing Toronto in May 2020

Bikini Kill are playing Toronto in May 2020 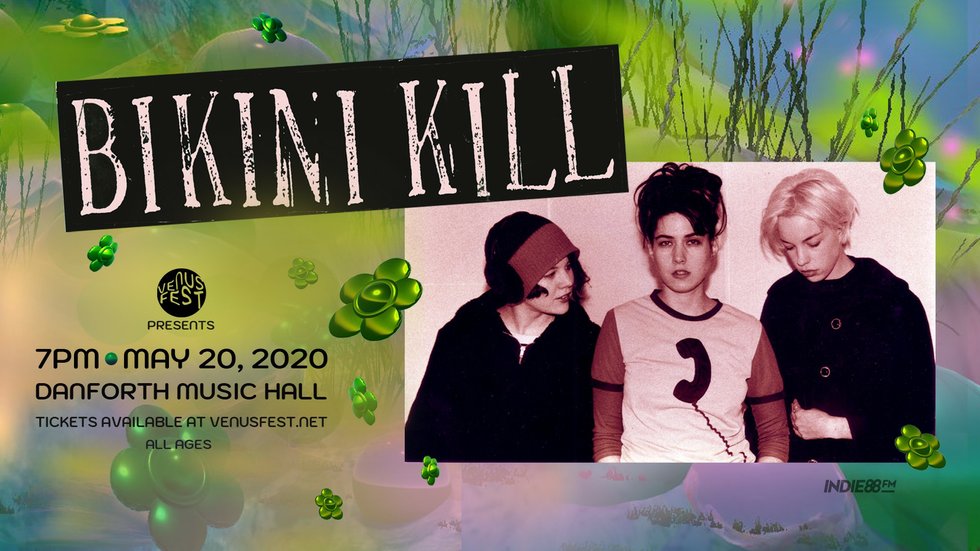 Girls to the front. Bikini Kill are coming to town to play a show on May 20 at Danforth Music Hall.

The 90s riot grrrl pioneers reunited for their first tour since they broke up in 1997 last year, but this one will take Kathleen Hanna, Tobi Vail, Kathi Wilcox and Erica Dawn Lyle (replacing original guitarist Billy Karren) to Toronto for the first time in decades.

The all-ages show is presented by Venus Fest, Toronto’s festival and music organization dedicated to feminism in the arts, which is clearly influenced by the legacy of the riot grrrl movement and its push to create space for women in punk scenes.

Kathleen Hanna has toured Toronto a number of times with her other projects Le Tigre and the Julie Ruin, but this will be a rare chance to see her most influential project in the flesh.