Of course, the American folk music icon did so in his own uncompromising way, while also giving Toronto fans his most inclusive and dynamic set in years 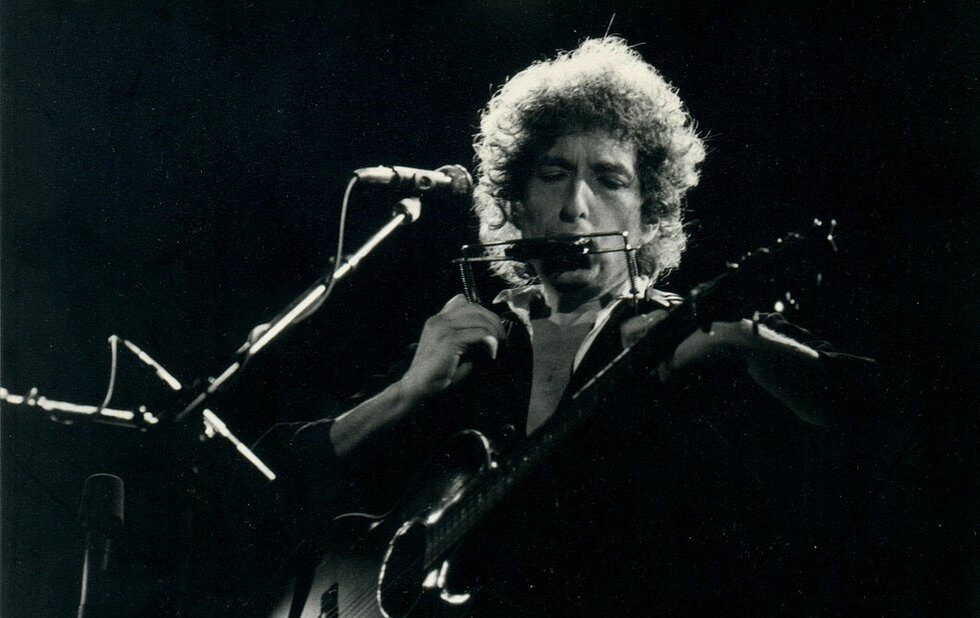 Based both on this current tour and the sentiment within his latest batch of records, it feels as though Bob Dylan – one of our hardest men – is finally, in his own uncompromising way, beginning to soften.

If you’ve followed Dylan live the way some of us do (this was the third of four Ontario shows I plan to attend this week), you can revel in the new material and/or marvel at how his classics never stop evolving. You wind up enthralled or possibly alienated it’s all on you, really. But you will feel something deep and altering.

In many ways, Dylan and his band have crafted their most inclusive and dynamic set list in some years and, rather unusually, stuck to it every night of the tour thus far, making for a tight, well-oiled, crowd-pleasing show.

After the menace-laced shuffle of Things Have Changed, an Oscar-winning latter-day hit, fans at the Air Canada Centre were treated to a shimmering Don’t Think Twice, It’s Alright and a really ferocious Highway 61 Revisited. These two songs from Dylan’s breakthrough period in the 60s set something of a familiar mood for die-hards who cling to his earliest material.

That said, it was gratifying to hear the warm ovations that greeted songs from Dylan’s last three releases – Shadows In The Night, Fallen Angels and Triplicate – which have found him exploring noir-ish chapters of the American songbook that he had no hand in composing but which profoundly shaped him as an artist.

People light up for Why Try To Change Me Now, Stormy Weather and the truly haunting Once Upon A Time. Dylan croons them all, modifying his delivery and attack, and sets these melancholy tunes some distance away from the more vicious Pay In Blood or the biting Long And Wasted Years, which, since its last time through Toronto, has developed a couple of math-rock parts.

Dylan’s current band consists of bassist Tony Garnier, drummer George Receli, guitarists Charlie Sexton and Stu Kimball, and steel player/violinist Donnie Herron. Their work with him isn’t often given the justice it deserves. Their sound is unprecedented: as if the future swallowed up the past – all of the past – to get to some entirely new cultural place. Only this band with this singer and this aesthetic right now could make a standard like That Old Black Magic inexplicably kick ass.

For his part, Dylan continues to operate like a pure, focused entertainer. He keeps his own songs guessing, jettisoning beautiful turns of phrase in Make You Feel My Love and Tangled Up In Blue for new words that say something else. It’s presumably kind of fun for him, all of this rebooting, and it keeps fans on their toes.

He doesn’t banter or, as was often the case in the recent past, even introduce his band any more. There are no cheat sheets or prompters or other stage crutches. It’s a marvel, really, watching this 76-year-old man, with the swagger of the longest living punk rocker this side of Little Richard and Jerry Lee Lewis, operate at the highest level.

He pops his head up from his baby grand piano like he’s commanding a rumbling tank. He takes centre stage with a golden mic on a straight stand. He grins a bit, nodding slightly to us with a detached but apparent gratitude. It’s alluring, his presence. You can’t look away.

Dylan has always communicated in his own unique manner and, on this tour, on this night in Toronto, he and his dignified band brought us all into their weird world. People are crazy, times are strange. If it once seemed that Bob Dylan didn’t care, well, things have changed.