One of the few current male pop stars to put queerness at the forefront of his music, he's grown into his own as a confident, charismatic performer 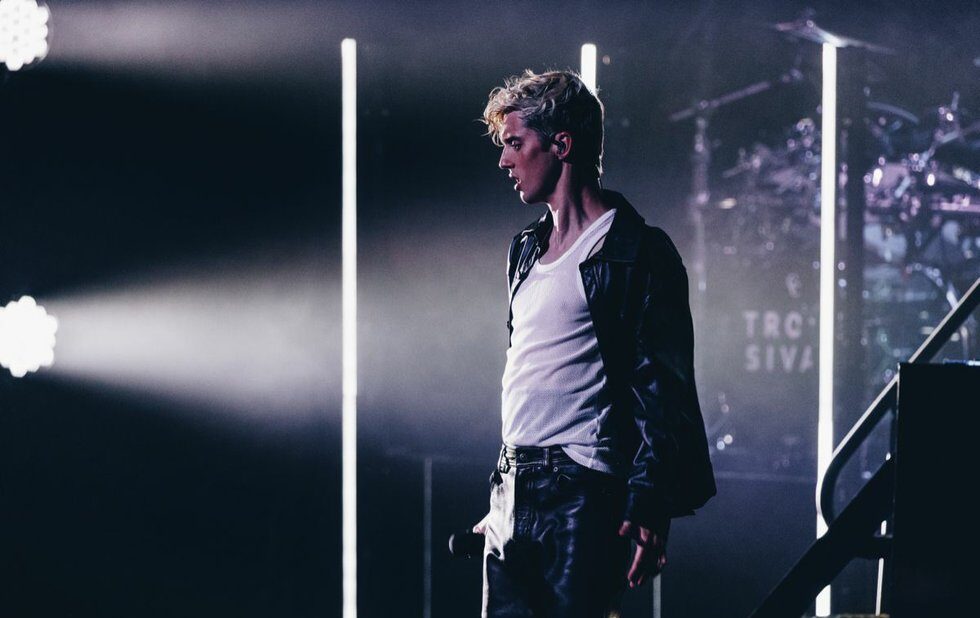 It’s been a breakout year for the 23-year-old singer-songwriter, who’s hit a vein in the pop mainstream with the release of his sophomore album Bloom. The buzz around Sivan, no doubt fuelled by his talent (undeniable) and cheekbones (ridiculous), is bolstered by the fact that he’s one of the few current male pop stars to put his queerness at the forefront of both his music and his public persona.

For Sivan, who spent his teen years coming up as an enormously popular YouTuber before placing his focus on pop music, that’s led to a considerable shift in demographics, which was clear to the Aussie singer from the Sony Centre stage.

“The Toronto gays are out in full force,” Sivan told the packed room, adding that the usually ear-piercing crowd (followers of the YouTube star system generally skew young and female) has taken on a significantly lower timbre this tour. “Hear that low ‘woo woo woo’ from the gays? That’s you!” At this, the whole crowd began chant-grunting “WOO WOO WOO” like a coliseum full of gay orcs.

It’s safe to say that plenty of the fans in attendance had been following Sivan since he was a pouty teen in a Perth bedroom, filming tags and skits and making vulnerable vlogs, including a coming-out video that’s garnered 8.1 million views (undoubtedly a classic of the genre). Those fans followed him into his music career through the release of Blue Neighbourhood, a 2015 full-length that grappled elegantly with the angst of coming out, first love and growing up.

And holy cow, has he grown up since then. His coltish stage presence and noodle-armed dance moves from the era of his 2015 debut have been replaced with struts and hip thrusts, locking eyes with the front row, hand poised just so on the waistband of his leather joggers, leather jacket hanging off a pale shoulder. 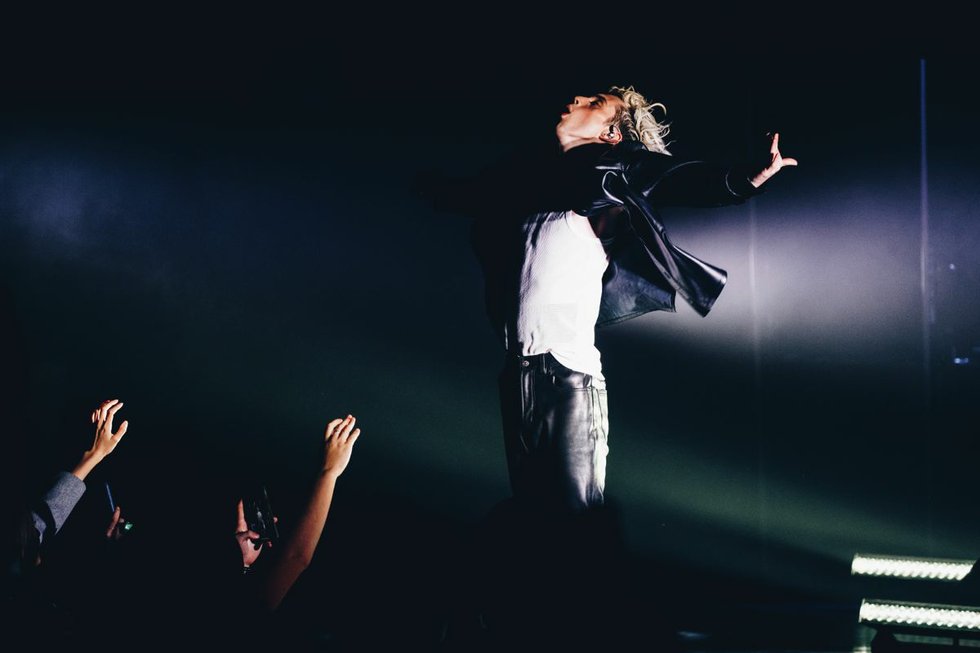 It’s the confidence of someone who’s grown into their sexuality and become comfortable in their own skin, and Sivan worked every inch of his gangly frame to his advantage before the spellbound crowd.

But though Sivan’s pop-star charisma is getting ever more honed, and the set’s pacing and the performances from Sivan and his band were tight (including some sweet 80s Phil Collins drum moments from Adam Christgau), the show still felt intimate, with plenty of back-and-forth with the audience – credit those YouTuber roots.

During a break, he pulled a fan onstage who had worn a budget version of Sivan’s red Valentino suit from the Met Gala: “I love that I could have just gone to Zara,” he deadpanned. Later, another fan offered up a denim jacket painstakingly handpainted with a portrait of Sivan and festooned with LED lights, which he gleefully flung on for a jubilant performance of WILD. A crowd member had secretly passed out pink paper hearts for others to hold up over their cell phone lights during Postcard, and Sivan wasted no time in hunting down the perp: “Who the hell organized that? You? How? Did you awkwardly speak to everyone in here and get them to do it? It took you 12 hours to cut them out?”

It’s clear that Sivan draws just as much energy and inspiration back from his fan base. Sivan said he wrote the tender Animal while imagining himself singing it to people around the world: “I wish you could see what I see every night – the cutest shit.” he said. “It completely changed what this song means to me.” I looked around midsong, and there were queer kids and couples everywhere, holding one another, swaying gently in time.

But I didn’t get choked up. That happened earlier, when everyone in the crowd, myself included, was bellowing along to the chorus of Sivan’s coming-out ballad Heaven (“If I’m losing a piece of me / Maybe I don’t want heaven”) – and then again, when the backdrop behind Sivan lit up, piece by piece, in the blazing colours of the Pride flag. 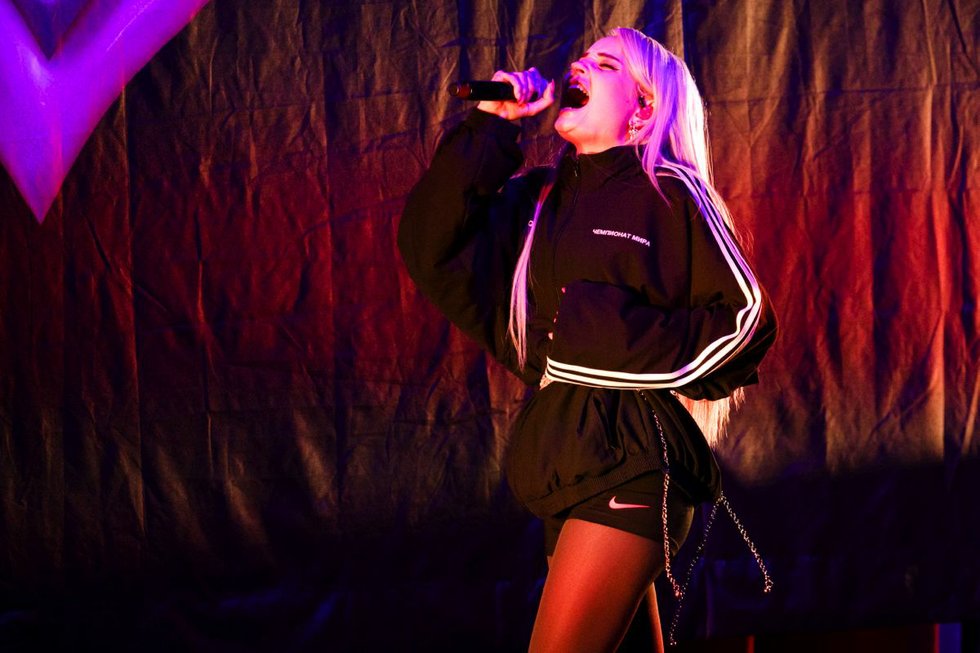 Sivan’s explicit queerness in his lyrics and stage presence made his choice of opening act, Kim Petras, an interesting foil. Petras’s name might ring a distant bell for those who follow queer news: She made headlines in her native Germany and around the world for her fight to transition as a pre-teen.

In the years since, she’s been hustling to build a pop career, cultivating a bold, bratty image and a bubbly Italo-disco-influenced sound. While she’s become popular with a queer audience, Petras takes a less-specific approach to her music, keeping her music and image light, frothy and apolitical. That’s understandable (trans people aren’t just their transness, and truly, what early-twentysomething wants to rehash something that happened when they were 14?) but that apolitical stance also recently landed her in hot water after making, then walking back, positive comments about Dr. Luke, who produced her biggest hit to date, I Don’t Want It At All.

For her part, Petras delivered exactly what she set out to do during her short set: Fun, sparkly jams about trifling suitors and designer threads, built for arena-strength sing-alongs like the one on closing track Can’t Do Better. Petras was a little hampered by the big red curtain that cordoned off Sivan’s stage setup, but she (along with her Dustin Diamond-esque, ever-flailing DJ) did what she could with the narrow stage space allotted to her, strutting and stomping and whipping out the odd dance move between impressive belt notes.

Still, there are flashes of more high-concept stuff to come from Petras: “I just put out a spooky mixtape,” she said to cheers, before performing the Hereditary-inspired banger Tell Me It’s A Nightmare. Someone give this girl a fake blood budget, already.