Review: The 33rd Women’s Blues Revue was a powerful night of music 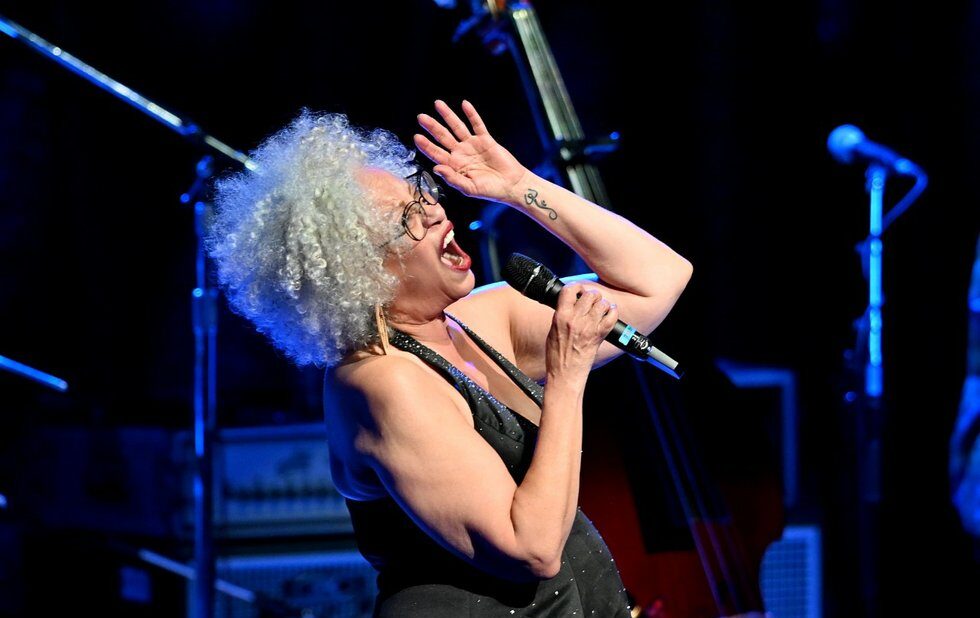 The Toronto Blues Society’s celebrated the 33rd edition of the Women’s Blues Revue last night at Roy Thomson Hall. Since 1987, the event has been celebrating women in the genre and has grown into a national showcase, helping launch the careers of Serena Ryder and Ndidi Onukwulu, among others.

Taking the stage for this year’s revue were Tanika Charles, Miss Emily, Angelique Francis, Raha Javanfar, Taborah Johnson, Ellen McIlwaine and Melissa McClelland, backed by an all-star, all-women house band. On paper it was hard not to wonder how these seven diverse Canadian performers would mesh playing back-to-back, but the result was seamless – a night of raw, leave-it-all-on-the-stage music.

Part of the smoothness was created by the night’s host, CBC’s Angeline Tetteh-Wayoe. With fabulous wit and timing, she ushered each performer off and on the stage for their three-song set while beguiling the audiences with stories about Johnson’s pre-show pedicure and Janafar’s homemade sauce available for purchase in the lobby 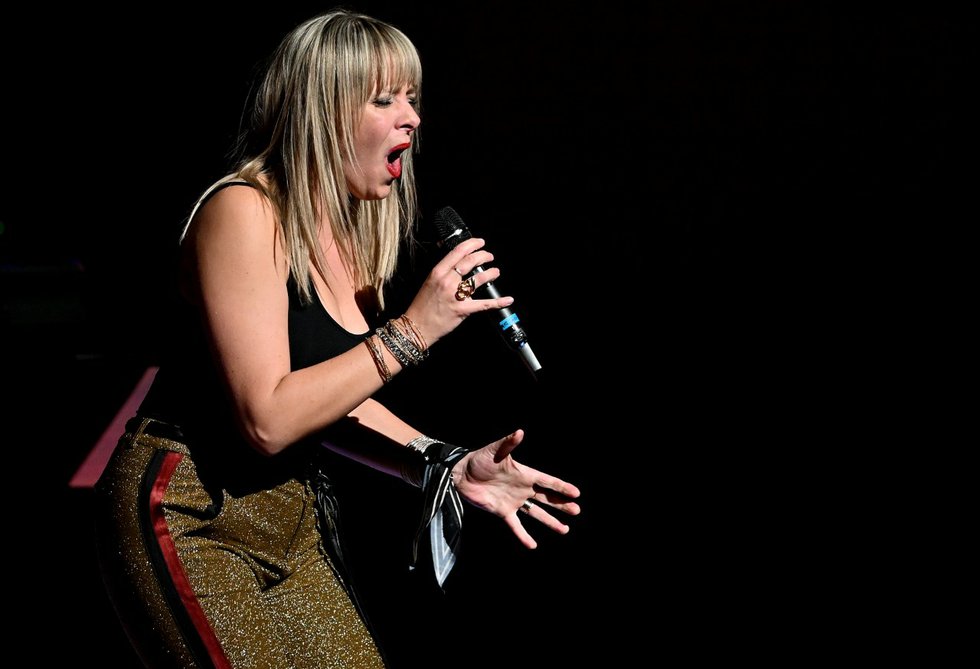 Miss Emily, just off the release of her latest album, In Between, got the crowd warmed up with gospel-infused blues tracks Hold Back The River and Sometimes It’s Better To Lose, before tearfully (happy tears) ending off with a raucous version of The Letter. Charles then lit up the stage with tracks off her sophomore release, The Gumption. Her music came alive, reminding us why she’s often called soul’s hidden gem. 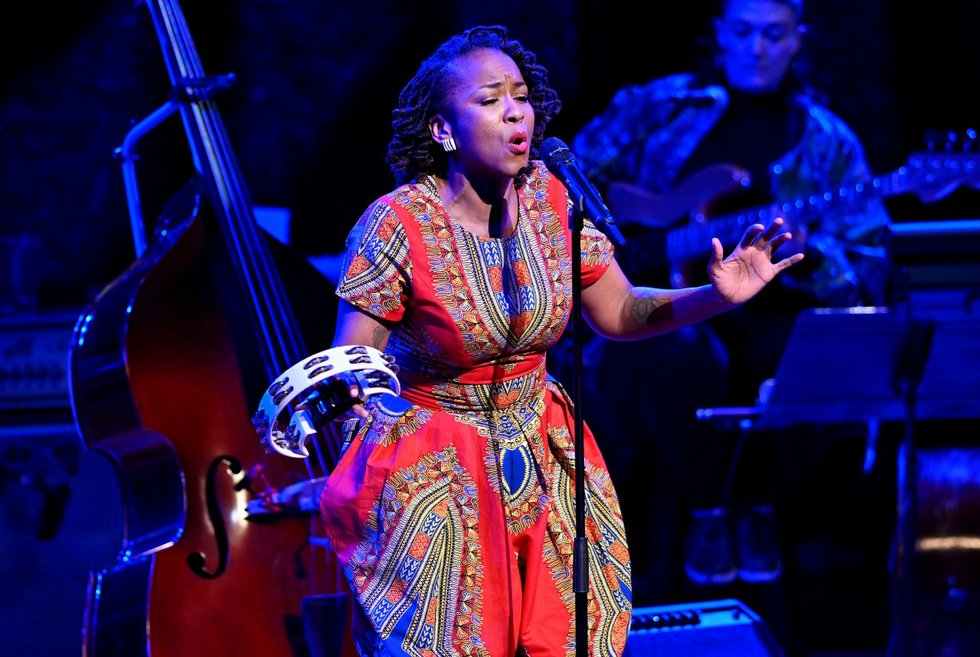 Javanfar, normally the leader of Bad Luck Woman & Her Misfortunes, growled and roared like a true rock star. She shouted out the Black blues women who created the genre and inspired her sound and band. The double bass and harmonica playing Angelique Francis was the one performer to ignite a theatre-wide dance party. The Ottawa native oozes star power and has an expressive, meme-ready performance style.

While Francis’s party energy was a hard act to follow, the dirty funk of Ellen McIlwaine did just that, entrancing audiences with brilliant guitar playing that’s earned her the nickname “the goddess of slide.” “Nobody else does this,” McIlwaine said of the long-running event. “I’m so proud of Canada for being supportive of the blues.” 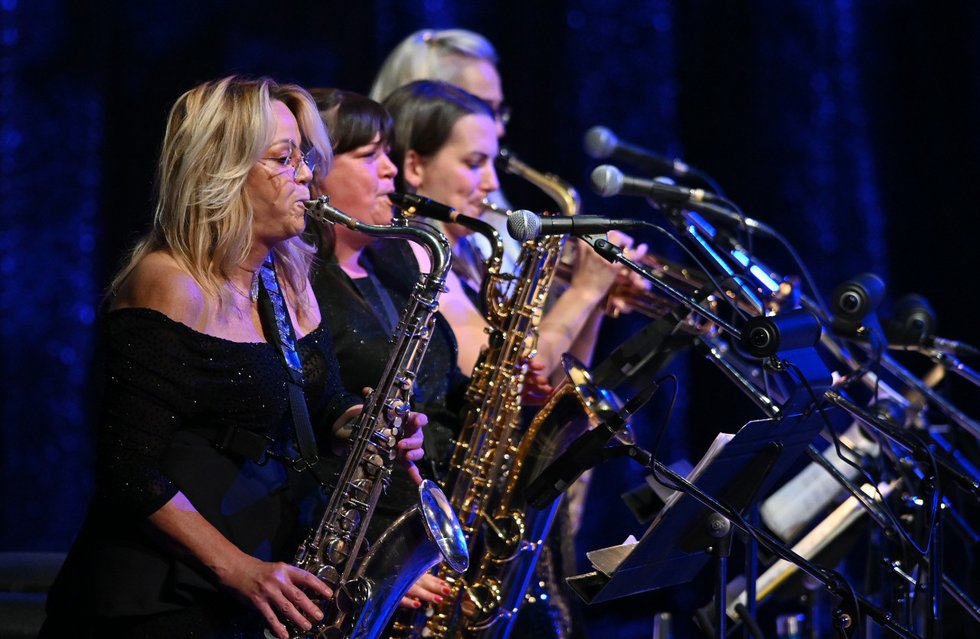 But the night had one side-eye moment. The entertaining showstopper Taborah Johnson, whose motto is “catch me live or catch me not at all,” had one “know your audience” flub while segueing into her second song, It’s Nobody’s Fault But Mine, by shouting out its songwriter, Blind Willie Johnson. “This is a song written by a Johnson,” she said. “Not one of my Johnsons. But you know, n***s – Johnson’s like Smith to us.” The throwaway n-word fell flat despite some chuckles. It felt unwelcome in the room, especially to me, one of the few Black people in the mainly white audience.

This show concluded with the captivating songs of Melissa McClelland. Performing with the Toronto Blues Society for the first time, though she’s had an open invitation for years, McClelland pulled out tracks she hasn’t performed in years, such as 2009’s God Loves Me. She also had the most memorable moment of the night by unplugging herself and the band, turning off all the lights and singing in the dark amidst the audience. It was an ode to the Toronto summer blackout of 2003, which inspired her track When The Lights Went Off In Hogtown. It was a moving and poignant ending to a powerful night of music.