NOW MagazineMusicFeaturesThese musicians are taking a stand against Spotify

These musicians are taking a stand against Spotify

Faced with paltry royalties and environmental concerns, musicians are speaking up against big streaming – a few even pulling their music from the services 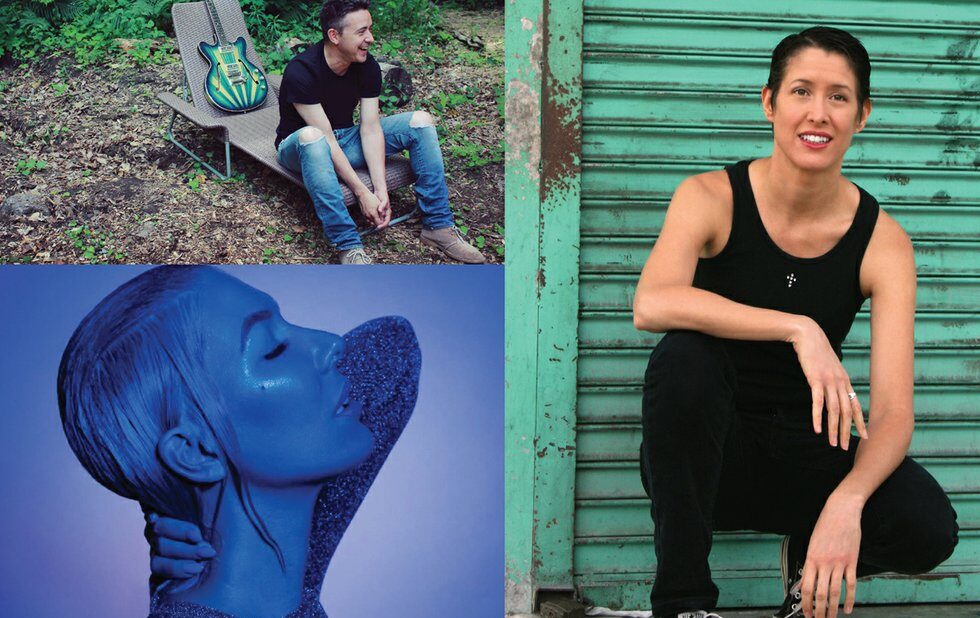 There’s a new paradox for many of today’s working musicians: streaming services like Spotify offer them access to an audience wider than they could have ever previously imagined, but royalty structures can mean they’re barely compensated.

Given the platform’s rise as the default music distribution model, it can often feel like if an album isn’t on the big streaming services it might as well not exist. But some principled artists are taking a stand against Spotify.

One of them is veteran singer/songwriter Michelle Shocked. The outspoken alternative folk artist describes her new album, Musical Chairs, as a collection of “revolutionary Cuban rhythms dedicated to the fight for artists’ rights.”

It’s a missive against the service’s unfair royalty structure – and she’s keeping her songs off Spotify as part of the protest.

“Streaming rates keep going down 8 per cent every year,” she says over the phone. “It’s unsustainable when you think the only product Spotify serves is music. They’re confused and believe their product is Spotify.”

Shocked will give the keynote speech at this week’s Indie Week conference, a talk called Musical Chairs: A Survivor’s C.A.S.E. For Artists’ Rights Now!

“In the artists’ rights movement, we are very clear that we’re holding the strong suit,” Shocked continues. “None of my music will be on there until they commit to a sustainable rate rather than suing songwriters.”

She’s referring to the news from March 2019 when Spotify, Google, Amazon and SiriusXM/Pandora teamed up to appeal a decision by the U.S. Copyright Royalty Board that would increase royalty payouts to songwriters and publishers by 44 per cent.

Shocked is not alone in her Spotify protest. Many local artists share her concerns. Last year, Danny Michel pulled back the curtain on the paltry royalties of a working musician in a much-discussed viral Facebook post. My “album sales have held steady for the last decade until dropping by 95 per cent this year due to streaming music services,” he wrote.

Long-running R&B artist Esthero brought her critique directly to Spotify. She released a version of Gimme Some Time on the service, interrupting her own song with a spoken-word message. She tells listeners it only pays “.003 to .008 cents per stream” before directing them to buy the full song on her website.

In an email interview, Simone Schmidt of Fiver and the Highest Order adds a critique that goes beyond royalties to consider the environmental impact of streaming.

“I read a report by Dr. Matt Brennan and Dr. Kyle Devine that said the impact of music streaming on global warming is more devastating than vinyl, CDs or cassettes were at their peak,” says Schmidt, referencing the book Decomposed: The Political Ecology Of Music. “Even though we imagine the cloud where all music is stored and processed as ephemeral, it actually is a physical format requiring massive data centres, which use energy and other resources.

“In their study, they translated the plastic production and electricity used across each medium into greenhouse gas equivalents and then compared them. According to them, streaming in 2019 is the worst.”

Shocked has been outspoken from the beginning of her career, sometimes to her own detriment. A 2013 onstage rant against gay marriage caused many promoters to cancel her shows and fellow musicians to decry her, before she apologized and backtracked in a tense CNN interview with Piers Morgan. But she’s been consistent when it comes to her fight for artists’ rights.

Her career launched in 1986 when a performance bootlegged without permission was released as The Texas Campfire Tapes. This led to her signing with Mercury Records (now owned by Universal) in a rare deal similar to Prince’s, in which she retained full ownership of her masters. Since 2002, Shocked has released albums on her own label, Mighty Sound, and continues to condemn the streaming status quo.

“It takes 880,000 streams to make minimum wage,” says Shocked. “Minimum wage is not to be confused with a living wage. That’s very different than the promises of empowerment, independence and autonomy that were going to lead artists to the promised land.”

In two shows at Small World Music Centre the same night as her keynote, Shocked will be joined by an ensemble that includes tap dancer Max Pollak and pianist Nicki Denner. She describes the show as “a roller coaster ramping up until you get to the orgasmotron finale.” By performing at intimate venues and bringing her music directly to fans, she hopes to change the way it’s consumed.

“Musical Chairs is a reference to the party game,” says Shocked. “You have 10 people fighting over nine chairs, which is understood to be a zero-sum game. At the end, one person wins and the other loses. I want to play a new game of sustainability where the music never stops.”