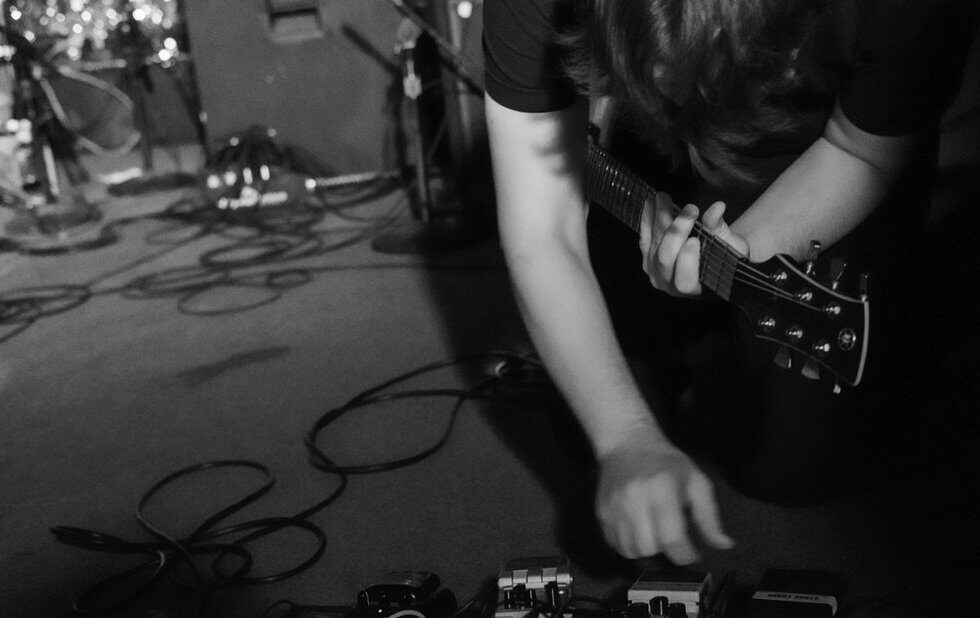 A motion by the city’s Economic Development and Culture Committee was approved in November to look into extending bar licensing hours past 2 am to help music venues succeed.

But here’s a thought: what if we started concerts earlier?

While later opening times are beneficial to club culture, and having legal options for those who want to rave till dawn is a great idea, when it comes to strengthening Toronto as a live music city, extending licensing hours isn’t much of a fix. The core audience who stay out till 1 or 2 am regularly will be the same group who stay out till 4 am, so extending last call won’t necessarily bring new people to bars or live performances.

However, starting shows at, say, 8 pm and having them end at 11 pm on weeknights could make the city a place that more diverse groups of people can enjoy. Right now, those with day jobs often can’t enjoy the music Toronto has to offer.

Last month, NOW surveyed 1,000 readers on their concert-going habits for our Vanishing Venues cover story, and the results may surprise you. Thirty-four per cent of respondents preferred headliners go on between 9 and 10:30 pm, and another 27 per cent preferred 10:30 to midnight. (Only 2 per cent chose midnight or later, a regular headlining time slot for local shows.)

You only have to look at other cities and cultures to see that late-night concerts aren’t standard.

“In Japan, for instance, shows end at 9 pm,” says Sloan’s Jay Ferguson. “People go out afterwards for snacks and dinner.”

Musician and Burdock venue booker Charlotte Cornfield agrees. “We were the headlining band on our Europe run, and the latest we went on was 9 pm as the headliner,” she recalls.

Touring bands don’t always appreciate starting so late, either. This was the case with Seattle’s Dude York and Glasgow’s PAWS on Wednesday night at Smiling Buddha – PAWS didn’t start till 12:15 am, which made for a pretty sparse crowd.

In the UK, where I lived for many years, live music ends at 11 pm on weekdays and midnight on weekends. The UK does have 24-hour drinking now, but for many decades pubs stopped serving at 11 pm, which is how the culture of going out straight after work was established. London is a much more weekday-social city than Toronto. With so many people commuting into the city for work, they tend to stick around and go out afterwards.

Toronto is the opposite.

“Toronto is a big weekend city, so on weekends I’ve noticed people hang out after the show and drink,” says Cornfield. “But on weekdays, people just want to get out of there and get to bed. So business-wise it makes sense for things to get going earlier.

“The reality is that the climate of our city is changing. There’s pretty much a mutual understanding that everyone’s working, and in order to make ends meet, people have to be up in the morning.”

“It depends on the artist and the market,” veteran Toronto concert promoter Dan Burke explains. “Different cities have different cultures. In Toronto people have day jobs and don’t want to go to the club straight from work. They want to go home first and change gears and then go to a show after. So that means doors no earlier than 8 pm Sunday to Thursday.

“People have a higher inclination to consume alcohol later in the night, so in order to maximize bar sales, which is absolutely necessary to the financing of shows, you have to take into account the hours when the shows are occurring.”

But if we could shift the culture to going to shows earlier and getting home earlier, the way we do for sports events and theatre performances, audiences could diversify to include more parents, suburbanites, university students, older folks, 9-to-5ers and others. As well, people with jobs are people with money we should be encouraging them to spend it in on the live music economy. No one wants to see another venue closure.

At the Burdock, where they’ve already started having earlier start times, Cornfield is seeing a difference. She says the shows are reaching an inter-generational audience.

“We have really young people and older people, and having a show at an accessible time makes [attending] more doable for a diverse audience.”