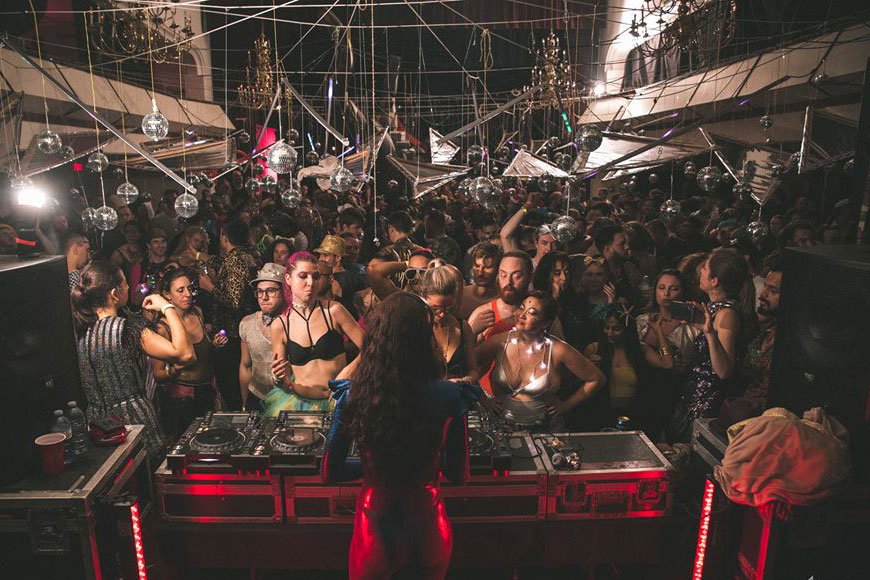 For the past decade and a half, Goin’ Steady DJs Louis Calabro and Matt Cully have put on one of Toronto’s best Halloween parties, and for the 15th anniversary, they’re promising their scariest one yet. For the uninitiated, Chronologic is a dance party through the decades, playing songs from 1890 to 2019 in chronological order. Come in costume, whether it’s of an alien being held hostage by the American government or a valiant raider ready to storm a military base. Or come in a costume not associated with an internet meme, it’s up to you.

Dudebox has lost its vowels, but it’s still putting on its annual Halloween throwdown and celebrating a decade this year. Like always it’ll be at a giant venue that’s not usually a venue (and that won’t be announced until the last minute) with huge sound, trippy visuals and global rhythms spun by local DJs who will keep the room fucking alive, actually: Nino Brown, Kuruza, New Currency, James Redi, Jon Chetty, Black Friend and more. One hundred per cent of the profit will go to Rise Tribe and Cannabis Amnesty. 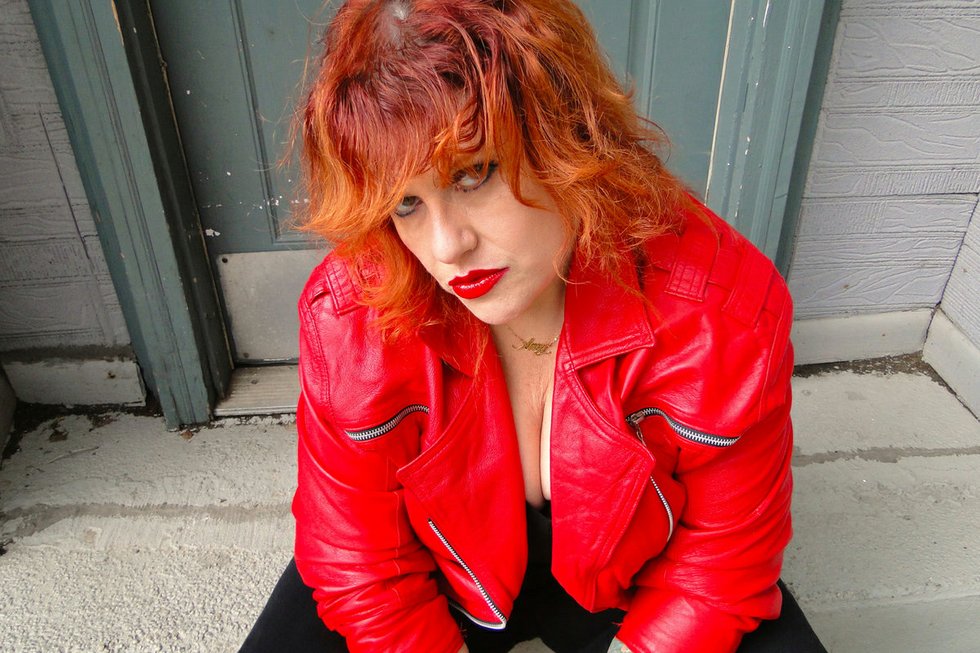 This local foot-stomping blues duo comes alive at this time of year. This will be the band’s fifth consecutive Halloween party at Dakota Tavern, but that’s just consecutive – they’ve done it more times non-consecutively. They always bring it when it comes to costumes, but there’s also a costume contest for those not on stage. DJ Swankenstein will spin spooky tunes while Nashville’s Shake It Like A Caveman will be, in Catl’s words, a “one-man-boogie-monster.”

The scariest part of horror movies is always the soundtrack, so why not hear the Toronto Symphony Orchestra perform some hair-raising classical music? As part the TSO’s Young People’s Concerts, this family-friendly, one-hour performance will feature Wagner’s Ride Of The Valkyries from Die Walküre, Stravinsky’s Infernal Dance Of King Katschei from The Firebird, and of course, the modern-day classic, John Williams’s shark theme from Jaws.

Saskatchewan string band The Dead South are getting into the spooky spirit, sprucing up their every-day-is-old-west dress with zombie makeup and blood on their show-poster. Theyll be celebrating the release of their new album Sugar & Joy with local banjo enthusiasts Elliott Brood. Expect costumes and hoedowns.

Do Right! Music and Nu Funk are teaming up for the grooviest party this Halloween (and likely the one with the most people dressed as Prince). Nine-piece Toronto 1970s funk, soul, psych and hip-hop throwbacks The Soul Motivators will play, while virtuoso turntablist will also spin some records. DJs John Kong and Quesquescest will also hold it down. 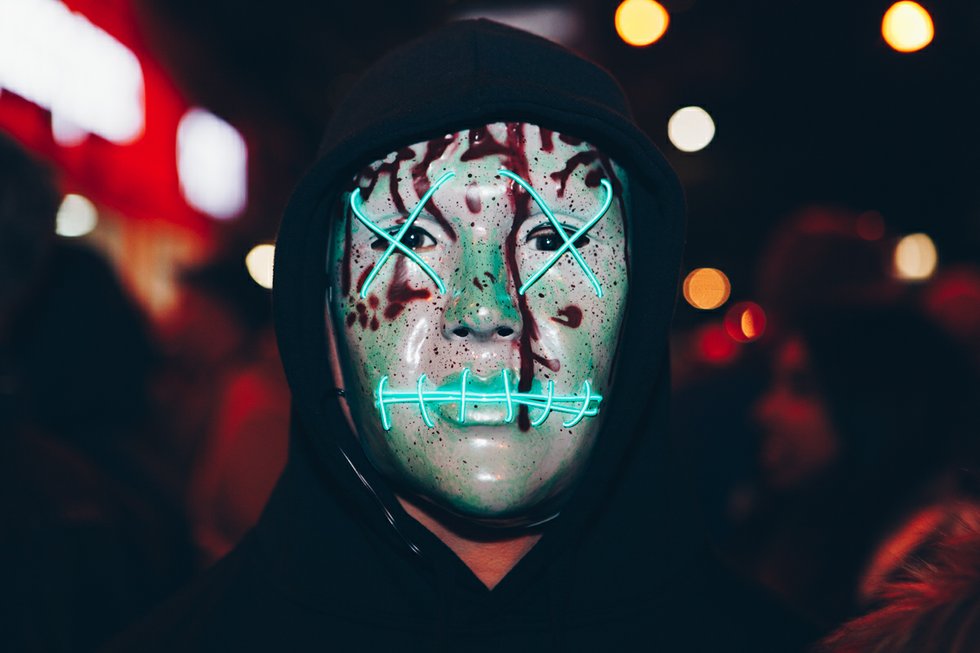 The Church-Wellesley Village BIA’s annual street party takes over six blocks for what’s basically a de facto Pride party. But this year, there’s a twist: activist group Extinction Rebellion Toronto is planning a climate action-themed improvised skit called Vampires vs. The People during the festivities. The group has put a call out for performance volunteers, who can gather at Barbara Hall Park (519 Church) at 8:30 pm to get briefed and warm-up for the 9 pm action.

Covers in a Dangerous Time

The music at this show isn’t overtly spooky or ghostly, but Halloween is a fine enough excuse to go see a bunch of local musicians performing in DEVO, Bikini Kill, X and Nico cover bands. (At the very least, we’ve got high expectations for the DEVO costumes.) There will also be a costume contest with prizes from Venus Fest, the Beguiling, Telephone Explosion, Pleasance Records and more – so don’t just phone it in with a pair of cat ears.

The Garrison’s massive “ghoulish gala” boasts a slew of Toronto bands, including the zigzagging indie pop band Luge, Girls Rock Camp alums Hex, Crazy Bones, Your Grandad, Uncola, Tort and barbershop trio The Vinyl Vixens. Comedy is also a big part of the night with local comedians taking the stage, including host Zack Hayward. Come in costume and get ready to brave various art installations, including the ominously named Cavern Of Despair, Hall Of Horrors and Pit Of Terror.

If costume ball is more your vibe, TIFF’s annual fundraising bash is happening on Halloween this year. The main draw will be a special performance by artists from Cirque du Soleil’s Alegría: In A New Light, but the rest of the lineup is stacked: the night features dancers Esie Mensah and Snoopy, stand-up comedians Rush Kazi and Jennifer Hsiung and drag performers Sofonda Cox and Jada Hudson.

Modern art meets DIY at this first edition in a series of art parties curated by Josh McIntyre and Talvi Faustmann (aka Prince Innocence). MocaWeen will feature a live performance by Montreal’s experimental singer/songwriter Yves Jarvis and sets by DJs Young Teesh & Rosbin. Costumes are highly encouraged, so why not take inspiration from your surroundings and dress up as your favourite Matisse?

Dan Burke’s long-running rock party has now outlived two venues (the Silver Dollar/Comfort Zone) and one premature obituary (two years ago was billed as the final, but it was not). Members of the local music scene team up and get into musical Halloween costumes, dressing up and playing whole sets as other bands. This year you’ll get artists like Madonna, Depeche Mode, The Beastie Boys, Brian Eno, Gorillaz and Celine Dion. And they’ll be played by members of Nyssa, Sauna, Vallens, Dear-God, Paige Peters, Hot Garbage, Witchrot and a lot more. Partial proceeds go to Sistering.