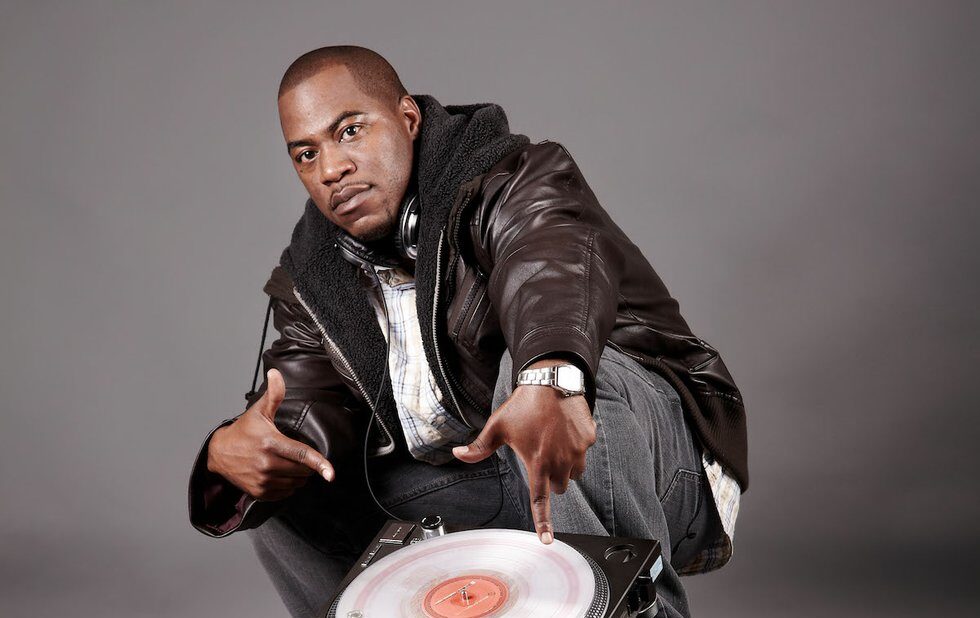 As one-third of hip-hop production team Da Grassroots, Swiff (born Howard Nicholson in Kingston, Jamaica), emerged at a critical time in Toronto hip-hop history. Instrumental in the city’s mid-90s hip-hop resurgence, Da Grassroots were an important catalyst in continuing the momentum when a post-Maestro lull in the scene caused by major label indifference necessitated an underground approach.

I unknowingly first encountered Born Swiff’s music on York University’s radio station CHRY 105.5FM when I heard Ghetto Concept’s debut single Certified. Despite the weak coat-hanger assisted signal I was getting in my North York apartment, it was immediately apparent to me – and anyone else who heard it – that the jazzy track anchored by Ghanaian highlife horns represented a sea change in Toronto hip-hop.

Ghetto Concept MC Kwajo had approached Swiff after being impressed by his DJing behind the decks at a Rexdale house party, and the two began working together.

“The reason Certified sounds so muddy is that Kwajo went to Vancouver, linked up with his pops and his pops had mad records,” Swiff told essential Toronto hip-hop history podcast Views Before The 6 in a 2017 interview. “But his pops wouldn’t let him take any records back home, so he could only record them on cassette, so it’s not, like, as clean as it should be. He comes back and is like ‘Yo Swiff, you need to flip this.’” (Certified would go on to win the 1995 Juno for best rap recording.)

Da Grassroots, which featured fellow Native Tongues-influenced crate-diggers Mr. Attic and Mr. Murray would often convene in Swiff’s bedroom as a collective and producing Ghetto Concept’s follow-up single E-Z On The Motion. That track would further refine Da Grassroots’ knack for tailoring smooth melodic arrangements from their painstakingly curated vinyl collections into a meticulously layered head-nodding fusion. E-Z On The Motion would reach ears beyond the GTA, garnering respect south of the border and would also win the 1996 best rap recording Juno, ensuring a back-to-back double for Da Grassroots and Ghetto Concept pairing.

Despite the crew’s humble nature and inclinations to stay behind the scenes, their profile was on the rise. Projects included working with the Dream Warriors. At this point, as Kwajo succinctly told me in a 2014 interview, “Everyone wanted a Grassroots beat.”

Da Grassroots had emerged at the beginning of Toronto hip-hop’s mid-90s underground vinyl movement. While those early Ghetto Concept singles were released on Julian Arthur’s Groove-A-Lot Records, Swiff and Attic would form their own label, Black Employed, at the suggestion of engineering legend Noel “Gadget” Campbell (known these days for his work with Drake). Producing and developing artists like Rexdale duo Red Life, Swiff actively took on the day-to-day running of Black Employed while Attic focused on production. Da Grassroots soon made a breakthrough with Elemental’s 12-inch Drama, with MC G Knight’s lyrical ruminations about riding the Sheppard East TTC bus atop hypnotic keyboards and crisp drums resonating in the U.S., UK and Japan.

Meanwhile, Da Grassroots were individually and collectively working with the cream of Toronto’s hip-hop scene. They would pool many of the tracks for their collective album project Passage Through Time released via Seattle independent hip-hop label Conception Records in 1999. Featuring Saukrates, Choclair, k-os, Ghetto Concept and Thrust among many other MCs, the critically acclaimed album featured notable Swiff productions such as the hypnotic Latin-tinged Pylar Sanchez, and is considered a Toronto underground hip-hop classic. Stitched together by jazzy interludes, warm basslines and razor-sharp MCing, it’s Da Grassroots defining statement.

The trio would branch out into their own production projects after the album’s release with Attic going on to produce tracks like Kardinal Offishall’s Ol’ Time Killin’, Mr. Murray co-founding electronic group LAL and Swiff producing for Michie Mee. Swiff also transitioned into radio, hosting an early incarnation of overnight all-Canadian hip-hop show Project Bounce while continuing to regularly DJ gigs and produce artists.

All told, Swiff was a pivotal figure in helping to set the foundation for acts like Ghetto Concept, k-os and Choclair to emerge, effectively kicking off the second wave of Toronto hip-hop after the groundbreaking successes of Maestro Fresh Wes and Michie Mee.