NOW MagazineMusicFeaturesIn memoriam: Rush drummer Neil Peart played like no one else

In memoriam: Rush drummer Neil Peart played like no one else

The superhuman stickman of Toronto’s beloved prog-rock trio Rush was an omnipresent influence in Canadian rock music, especially on drummers 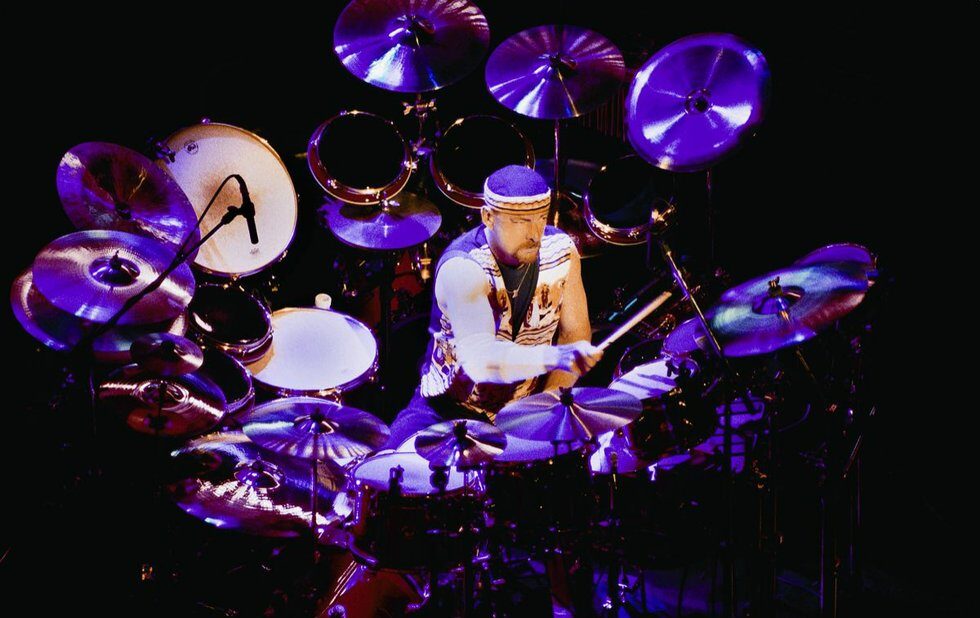 If you grew up in Canada listening to rock music, and especially if you decided to become a drummer, Neil Peart’s influence was omnipresent.

The superhuman stick-man of Toronto’s beloved prog rock trio Rush died from brain cancer on January 7, at the age of 67. He leaves a legacy of dazzling technicality, powerhouse precision and unapologetic individuality, sealing his place in the history books as one of the world’s most talented musicians.

Peart was also the primary lyricist for Rush, drawing on his lofty interests in literature, fantasy, sci-fi and philosophy. His poetic musings peppered the band’s songs on the nature of artistry, expression and existence.

Even as Rush found commercial success with The Spirit Of Radio propelling their album Permanent Waves to their first U.S. top five hit, Peart remained connected with his roots. The opening track on the 1980 album rails against the corporatization of rock: “Glittering prizes and endless compromises shatter the illusion of integrity.”

His inspiration for the song’s lyrics came from the free-spirited Toronto rock station CFNY (now 102.1 the Edge), which he considered a musical paragon at the time.

“They are still what FM radio was 15 years ago,” Peart said in 1980. “So I listen to it constantly when I’m home, and it represents something, maybe the precious last stronghold of something.” It was just one of many strong connections Rush formed with the city that never loosened throughout their decades-spanning career.

Peart grew up on a dairy farm outside of Hamilton and would not join Rush until replacing original drummer John Rutsey on the eve of the band’s first American tour in 1974, six years after their inception. Bassist/vocalist Geddy Lee and guitarist Alex Lifeson, who grew up in Toronto and founded Rush at age 16, had a curious first impression of Peart when he showed up wearing shorts, with his drums stored in trash cans. Yet his showy style inspired by The Who’s Keith Moon would help Lee and Lifeson realize their outsized ambitions, and Rush’s core trio never looked back.

From his younger days looking like a swashbuckling pirate to the skullcaps that became his trademark, Peart remained stubbornly original yet unafraid of change. Though he earned criticism for the influence of Ayn Rand on early lyrics, he challenged himself on these objectivist beliefs in a 2012 Rolling Stone interview. “Libertarianism as I understood it was very good and pure…We’re all going to be successful and generous to the less fortunate. But then I soon saw, of course, the way that it gets twisted by the flaws of humanity.”

Peart never stopped pushing himself, crediting his lessons with jazz drummer Freddie Gruber in the mid-90s with a reinvention of his playing style. That same belief in ongoing evolution fuelled Rush as a band. When the trio added synthesizers to their sound or released ridiculous music videos like 1987’s Time Stand Still and 1991’s Roll The Bones (featuring Aimee Mann and a rapping skeleton, respectively), they did it with nothing less than complete sincerity.

Following decades of global success, Rush became the first rock group to be inducted into the Order of Canada in 1997. Yet that same year was marked with tragedy when Peart lost his 19-year-old daughter Selena Taylor to a car accident. Just 10 months later, his wife Jackie Taylor died of cancer. In his book Ghost Rider: Travels On The Healing Road, he wrote that he told his bandmates at the time to “consider me retired.”

Embarking on a meditative soul-searching journey, Peart travelled 88,000 km on his motorcycle across North and Central America, returning with a renewed desire to make music with his lifelong friends. Rush released the comeback album Vapor Trails in 2002, their first new collection of songs in six years, before heading back out on the road together. That was also the year they appeared on the cover of NOW, with then-editor and publisher Michael Hollett joining the band on the road and interviewing them backstage in Saratoga Springs.

In 2015, Rush set off on tour to commemorate the 40th anniversary of Peart joining the band. This resulted in the concert album R40 Live reaching number one on Billboard’s Top Rock Albums chart and the documentary Time Stand Still narrated by bass-slapping superfan Paul Rudd. Yet what no one knew at the time is that it would be the band’s last hurrah. Peart’s chronic tendonitis and shoulder problems forced him to leave the touring life for good.

Listening to Rush’s albums today, it’s astonishing how a group making music this unabashedly nerdy could find themselves performing to crowds of thousands. Yet what sets them apart from other progressive rock prodigies is an emphasis on the band members’ personalities. Rush have never been afraid to laugh at themselves, with cameos in Trailer Park Boys and I Love You, Man revealing them as Canada’s goofiest uncles who can still play circles around their peers.

Songs like the instrumental YYZ showed off Peart’s most impressive chops – playing Morse Code rhythms of the identification code for Toronto’s Pearson International Airport in a 10/8 time signature. Yet even on Rush’s poppiest songs like Tom Sawyer, Limelight or Fly By Night, he highlighted his bombastic techniques without overwhelming the songs’ catchy hooks.

Like so many other young Canadian drummers hearing the band’s biggest hits more times than I can begin to imagine, I’ve subconsciously adopted some of Peart’s simplest tricks into my arsenal. Yet I could practice every day for the rest of my life without coming close to his flashy fills and complex compositions. Neil Peart played like no one else.