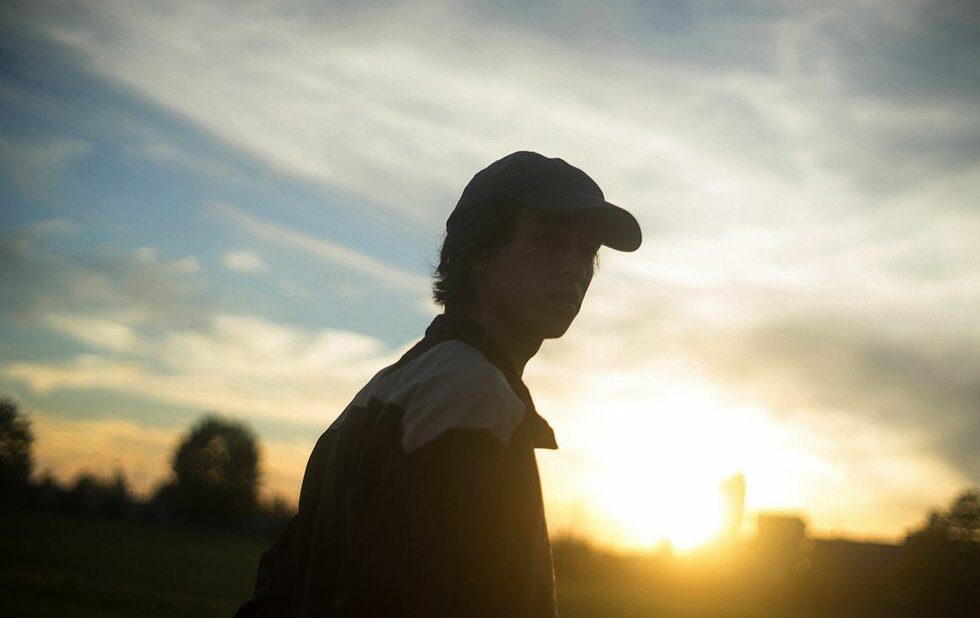 “Technically I’m not supposed to talk about it.”

That’s all Alex Giannascoli can really say about having to change his moniker.

Thanks to a lesser-known pop star claiming the name Alex G, the 24-year-old Philadelphian, who’s released five albums under it, now confusingly goes by (Sandy) Alex G. (Sandy is a name he’s thrown around regularly, including for the URL of his Bandcamp page.)

But don’t feel too bad for him. Everything else in his career is skyrocketing.

Known for his prolific ambition, Giannascoli got his start uploading songs to Bandcamp as a teenager. By the time he was 19, he’d already released four full-lengths through the streaming site. His fifth album, 2014’s DSU, was picked up by Brooklyn boutique label Orchid Tapes (run by Toronto native Warren Hildebrand) for a physical release, which caught the attention of the music press, who christened him the next Elliott Smith. Following that, Domino Records scooped him up for 2015’s uneven Beach Music.

Two years seems like an eternity for a new (Sandy) Alex G album, but Giannascoli says it’s not label politics or writer’s block that’s prevented him from releasing one.

“Writing is as easy as it was before, but now I’m more critical of what I put out there,” he says over the phone. “I think it’s harder to write something I can really get behind.”

Since its release in May, Giannascoli’s seventh album, Rocket, has earned the singer/songwriter his strongest accolades to date. Its jumble of styles don’t always gel, yet taken together they present sloppiness as a carefully considered songwriting approach.

“To be honest, I just go into writing trying to make something that sounds good,” Giannascoli says. “But in the back of my head somewhere I’m thinking, ‘Don’t make another guitar rock record.’

“That’s a reaction to my own taste in music. I get tired of listening to the same shit. I don’t really like a lot of music right now, so [my tastes] are really scattered. Everything I’m making is almost sarcastic jazz or something. That’s where I’m at.”

While he hasn’t quite abandoned the introspective, lo-fi pop that got him discovered, he’s clearly trying to break free of expectations. He takes creative leaps all over Rocket. Brick is a hardcore punk-rap assemblage, Bobby a comely folk ditty and Guilty a sax-laden, feel-good jam.

It’s this kind of genre-free creativity that caught the attention of Frank Ocean, who invited Giannascoli to arrange and write guitar parts for both his 2016 albums, Endless and Blonde, an experience Giannascoli describes as “cool.”

“It was nice to come up with this stuff without the pressure of having my own name behind it,” he says. “We just sat there fooling around and having fun. People would come down at different times doing other stuff, and I’d play guitar to a track and come up with little riffs. I wasn’t hashing it out, just sitting there playing. It was cool being in that big studio.”

The best part for Giannascoli is how his collaboration with the R&B sensation has been earning him fans who may not have otherwise encountered his music.

“On this tour, a dude came up to me at the merch table and said he discovered my music through the Frank Ocean thing,” he says. “So that was really cool.”