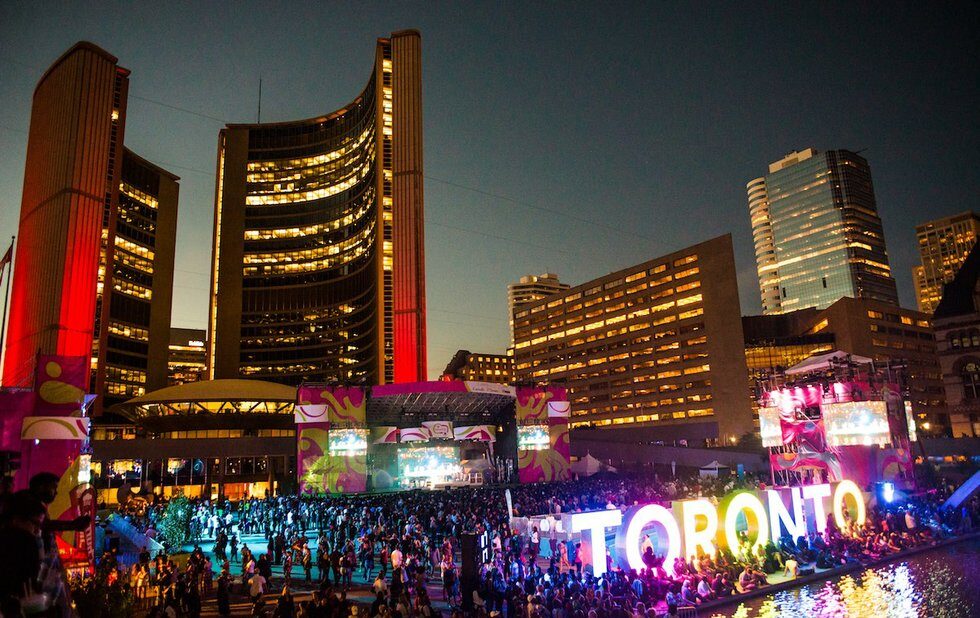 Panamania at City Hall in 2015

The Toronto Music Advisory Council (TMAC) presented a united front on the issue of venue closures at its last meeting in February, but its Monday, June 5, meeting found members conflicted about their role in effecting real change.

The most contentious point was on the issue of protecting live music venues, though the nine deputations by members of the public were not the source of the conflict.

Various TMAC members had an issue with a motion made by Amy Terrill, vice-president of major-label lobbyist organization Music Canada and one of five new members added to fill recent vacancies.

She proposed that TMAC recommend that the city’s Economic Development Committee partner with Music Canada Live to research and weigh the economic, social and cultural impacts of live music venues on the city.

Terrill’s motion was aided by a presentation by the Garrison’s Shaun Bowring and Downtown Yonge BIA executive director Mark Garner, both of whom sit on Music Canada Live’s Regional Advisory Council.

Collective Concerts’ Jeff Cohen questioned whether a new study would tell TMAC anything it doesn’t already know. He pointed out that TMAC itself, its mandate, the Toronto Music Office and the Toronto Music Officer all exist because of a similar study published in 2012, also commissioned by Music Canada. He noted that TMAC has yet to follow through on many recommendations made in the 2012 study.

Cohen found another study especially wasteful given the approximately $60,000 price tag, though the motion did not require a financial commitment from the city or TMAC. He said he’d joined TMAC hoping to help write and shape legislation and was frustrated that the council has yet to do that.

Economic Development is already looking into the venue crisis as per TMAC’s request at the February meeting.

City councillor and TMAC member John Filion pointed out that a study about an issue already being considered by city council might delay the city’s ability to move forward. If council agrees on the need for the study, it will wait for it before taking action on the venue issue.

Alexynn Group’s Peter Zakarow, another new TMAC member, gently questioned whether Music Canada and Music Canada Live have anything to do with one another. Could Terrill’s involvement be considered a conflict?

Terrill clarified that they are separate organizations. But she failed to disclose during the meeting that she’s an executive on the board of Music Canada Live, that live-music industry stakeholders throughout the country pay $2,500 a year for full membership in Music Canada Live and that Music Canada is a full and founding member.

As one of its 11 founding members, Music Canada provided additional seed funding for Music Canada Live’s formation and incorporation. According to Music Canada Live’s website, as a benefit, full members of get to “participate in, help to shape and access specific results from research, mapping initiatives and other valuable studies,” like the study proposed to TMAC on Monday.

In an emailed statement to NOW on Wednesday, Terrill says, “I didn’t intend to, nor do I think I did, commit any violation of conflict of interest. I am a volunteer board member with Music Canada Live, as I am with many other boards within the industry, which is likely one of the reasons I was appointed. The recommendation in question doesn’t include financial support or in any way obligate the city to do business with Music Canada Live or follow the recommendation at all.”

TMAC is made up of city councillors and members of industry stakeholder groups. These public stakeholder members are not subject to the city’s Code Of Conduct For Members Of Local Boards.

Zakarow asked what approving a motion at TMAC means, to which Zaib Shaikh, the city’s commissioner of Film & Entertainment Industries, replied that approved motions function as recommendations to the city and relevant departments.

Despite some members’ concerns, the motion to conduct the study was approved.

More than anything, the meeting demonstrated that TMAC’s position within the city’s greater legislative framework is a growing point of contention.

Heavily questioned items like the study or a previous motion to reconfigure TMAC’s working groups from six to three still managed to get approved.

It’s as if a yes vote is seen as moving things forward, while discussion and consideration are viewed as a waste of time.

Nocturne owner and TMAC member Spencer Sutherland said at one point, “We’re spending a lot of time figuring out whether or not to do a study,” as if that were a bad thing.

A decision about doing a study ultimately rests in the hands of Economic Development and then city council, but TMAC still plays an important role, even if some members are questioning its efficacy. Its industry experts advise the city on what policies and actions to pursue. TMAC has significant power and influence, but how to use them is entirely up to its members.

* An earlier version of this story stated that Spencer Sutherland is on Music Canada Live’s Regional Advisory Council. He is not. We regret the error.