Directors and actors tend to take the spotlight, but the festival is also an opportunity to shine a light at the local musicians behind the scenes 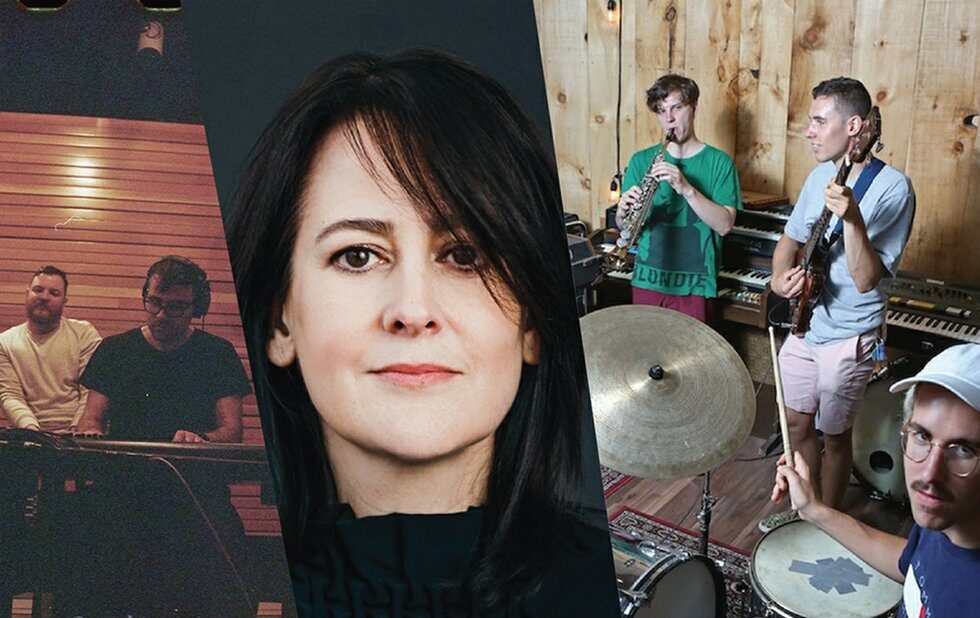 Directors and actors tend to take the spotlight at TIFF, but the festival is also an opportunity to shine a light behind the scenes. This year has some high-profile artists in front of the camera, like the Band’s Robbie Robertson and the Weeknd, who’s making his acting debut in the Safdie Brothers’ Uncut Gems. But Toronto’s thriving music scene extends to our pool of film composers, who help establish emotional tone, allowing filmmakers to subtly explore their themes and ideas in non-verbal and non-visual ways.

BADBADNOTGOOD’s Leland Whitty and Alex Sowinski bring their compositional chops to director Albert Shin’s Niagara Falls-based thriller Clifton Hill. Though the Toronto band’s music has been used throughout film and TV, like in Black Panther, Insecure and Barry, this marks the first time the saxophonist and percussionist, known for their jazz-influenced instrumental hip-hop, will turn their talents to scoring.

Lesley Barber has had a busy year following her work on the Mindy Kaling-penned film Late Night, where she channeled the talk show fanfare of fellow Torontonian Paul Shaffer. Barber has said that she thinks of her score as another character in the film. For this year’s TIFF, Barber (who’s also worked on films like Mansfield Park and Manchester By The Sea) wrote the score for American Woman, the feature debut from Canadian Semi Chellas loosely based on the high-profile kidnapping case of billionaire heiress Patricia Hearst.

Howard Shore (The Song Of Names)

Howard Shore has had some major success in the last few decades, especially in his scores for Peter Jackson’s Lord Of The Rings films, for which he won three Academy Awards. But he got his start scoring David Cronenberg’s films here in Toronto, beginning with The Brood in 1979, and has worked with him on the majority of his films ever since. Shore’s an adaptive composer whose talents range beyond the horrific and fantastical. This TIFF, he scored François Girard’s The Song Of Names, a film about the search for a Polish violin prodigy orphaned in the Holocaust. Expect his dream-like melodic sensibilities to match up with period-appropriate orchestrations.

Todor Kobakov (Sweetness In The Belly)

Bulgarian-Canadian composer Todor Kobakov returns to TIFF with the music for Sweetness in The Belly, Zeresenay Berhane Mehari’s second full-length feature. The Dakota Fanning-starring film is set in Ethiopia during the final years of Haile Selassie’s reign and England on the cusp of Thatcherism. Indie rock fans might be familiar with Kobakov’s work as the string arranger on Stars’ 2003 classic Set Yourself On Fire or with Emily Haines solo band the Soft Skeleton, for which he’s also toured as a keyboardist. In addition to his scoring and arrangement, Kobakov has released music under his own name and the more electronic-minded project Cy Scobie.

Director Atom Egoyan also kept it local by working with Oscar-winning composer Mychael Danna for his latest about a father and daughter’s relationship is changed when one of them is convicted of a crime. Guest Of Honour is Danna’s 15th collaboration with Egoyan – he’s also composed the memorable scores for films like Exotica, Ararat and Chloe. Danna, who often draws from non-Western musical traditions and incorporates electronic elements, has also composed for Little Miss Sunshine, Moneyball and Life Of Pi.

Dreamy trio Blitz//Berlin have relocated to Los Angeles from Toronto as the demand for the composers has steadily increased. Their music has been used in the trailers for Netflix thrillers Bird Box and Velvet Buzzsaw, along with features like Toronto-based production The Void. Their instrumental album Movements 1 earned a Juno nomination in 2017, and like that album their compositional work is rooted in minimalist orchestral electronic music. Their music will be featured in the short film Oracle at this year’s TIFF, where they’ll also be discussing their process of writing original music for film and trailers as a team.