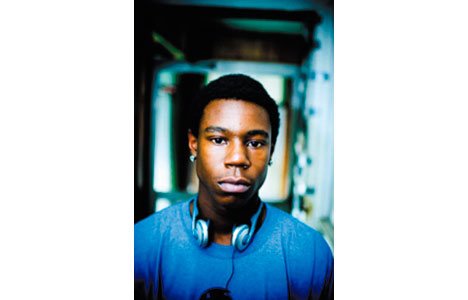 Thumping drums and chopped-up samples of everything from Family Guy to Steve Angello, all strung together by a 130-BPM tether: that’s the music of DJ Sega.

In the party-centric world of club music, the Philly DJ – born Robert Taylor – takes no days off.

“I just finished working on an upcoming EP, Angels & Demons,” says Taylor from his Philadelphia home. “It’s gonna have a heaven and hell side. It’s got an inspirational, orchestral feel, and there are three songs per side.”

Taylor got his big break at 18 while working as a DJ at a roller-skating rink. After catching his opening set for Dee Square, the heavyweight club collective Brick Bandits contacted him. That led to a contract with Diplo’s Mad Decent label, which released his 2009 New Jack Philly album.

“My contract has actually expired with them,” says Taylor, with a hint of wistfulness. “I’m going to release material on my own in the future.

“It was purely a business move. I’ll still have that label affiliation.”

And though those all-ages roller-rink events influenced the way Sega produced his early music – he was forced to chop up recognizable G-rated samples – the soon-to-be 23-year-old’s scope has since expanded.

“The kids are no longer an influence,” he says, a little bit carefully. “Not to knock anybody.

“I’m kind of looking international. [These days] I’m influenced by everything that moves.”