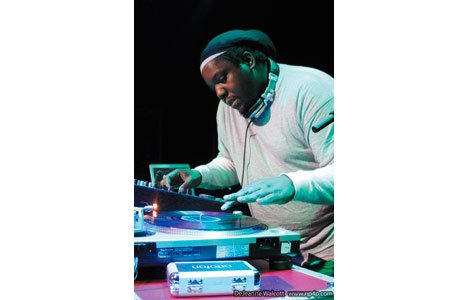 Few figures in the New York rap scene have witnessed an empire – in this case, the Duck Down record label – grow from the ground up, and fewer still can claim to have been a part of it.

By 1995, Black Moon, Da Beatminerz and Smif-N-Wessun – another group whose most classic album, 1995’s Dah Shinin’, was produced by the brothers – went on to become the cornerstones of the Duck Down label.

“Walt was the reason I got into DJing,” says Dee, shortly after finishing a Beatminerz Radio broadcast from his New York hideout. The radio show is the siblings’ latest project, and their far-reaching connections enable them to feature top-tier hip-hop guests.

“Maseo from De La Soul was just in here,” he says.

But let’s not forget that Evil Dee is very much a DJ, which he’ll prove on Friday at the Drake Underground. His style of mixing harkens back to the era when technique was as important as song selection. He regularly digs deep in his sets, working in rare B-sides and onstage theatrics like beat-juggling with his face.

Da Beatminerz, which has included Baby Paul, Rich Blak and Chocolate Ty at various points, have moved toward a harder-edged sound in recent years that can be heard in their work with Rah Digga, Nas and on the Keith Murray/Canibus EP, The Undergods, released in the fall.

“Our sound progressed naturally,” says Dee. “Hip-hop got hard and abrasive. So did we.”