They'll be at Scotiabank Arena on July 23 and 25. Consider it a make-up date for the 2000 concert that never happened. 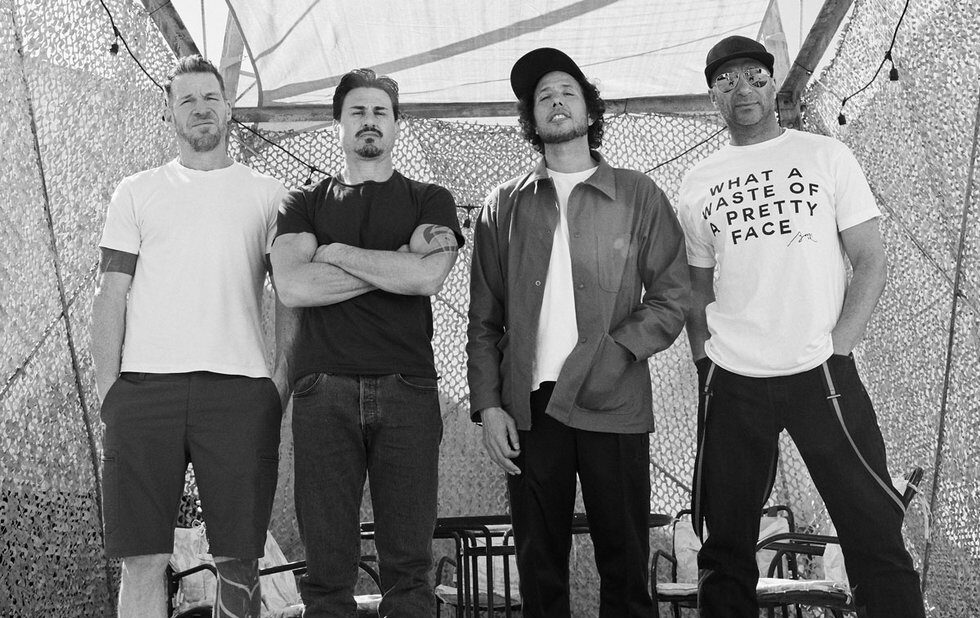 It turns out the reunion at Coachella won’t be a one-off – Rage Against The Machine have announced a world tour, and they’re coming to Toronto and playing Scotiabank Arena on July 23.

The 90s fuck-you-core band haven’t toured together since their last reunion ended in 2011. And that reunion, which lasted three years, never came to Toronto. In fact, Rage hasn’t played here since 1999 – so long ago that the venue was Maple Leaf Gardens.

They were scheduled to play Molson Park in Barrie alongside the Beastie Boys (plus Jurassic 5 and Queens of the Stone Age – a serious bill) in 2000 and even appeared on the cover of NOW Magazine to promote it. But injuries to the Beasties’ Adam Horovitz and Mike D delayed the tour, and by the time they were ready to announce a make-up date Rage Against The Machine had broken up.

Toronto did get a show from Prophets of Rage – the RATM supergroup with Public Enemy’s Chuck D and Cypress Hill’s B-Real taking the place of lead shouter Zack de la Rocha – in 2016.

But this July concert at Scotiabank Arena is the first proper local RATM concert in over two decades. That’s a lot of pent-up rage. And with Trump now in the White House, they have plenty to shout about. Run The Jewels are opening, and you couldn’t ask for a more perfect tour-mate than the adrenaline-pumping hip-hop duo of Killer Mike and El-P (it doesn’t hurt that they have a song with de la Rocha, either).

You could argue that an arena concert – or Ticketmaster’s pseudo-monopoly at such shows – are machines one might rage against, but if you’re a super-fan then you’re going to want to get tickets anyway. We know, we know, you won’t do what we tell you, but tickets – which start at $125 (!) – go on sale this Thursday, February 13, at 11 am at this link.

UPDATE (February 13): If you tried and failed to get tickets this morning, here’s a piece of news to help you take the power back: Rage Against The Machine have just added a second concert on July 25 at Scotiabank Arena. You might want to hurry. Tickets are on sale now – here.