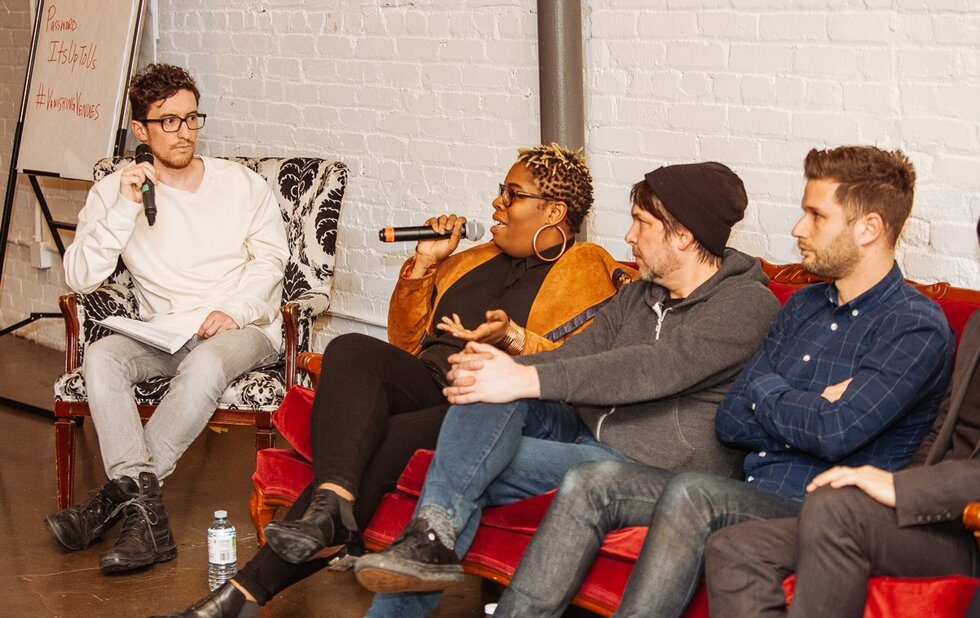 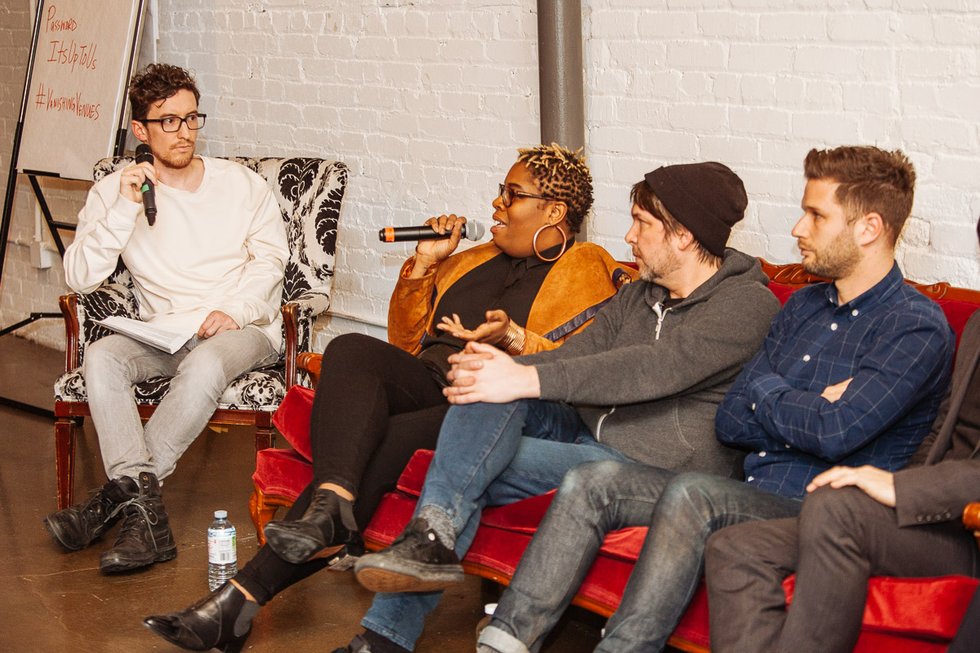 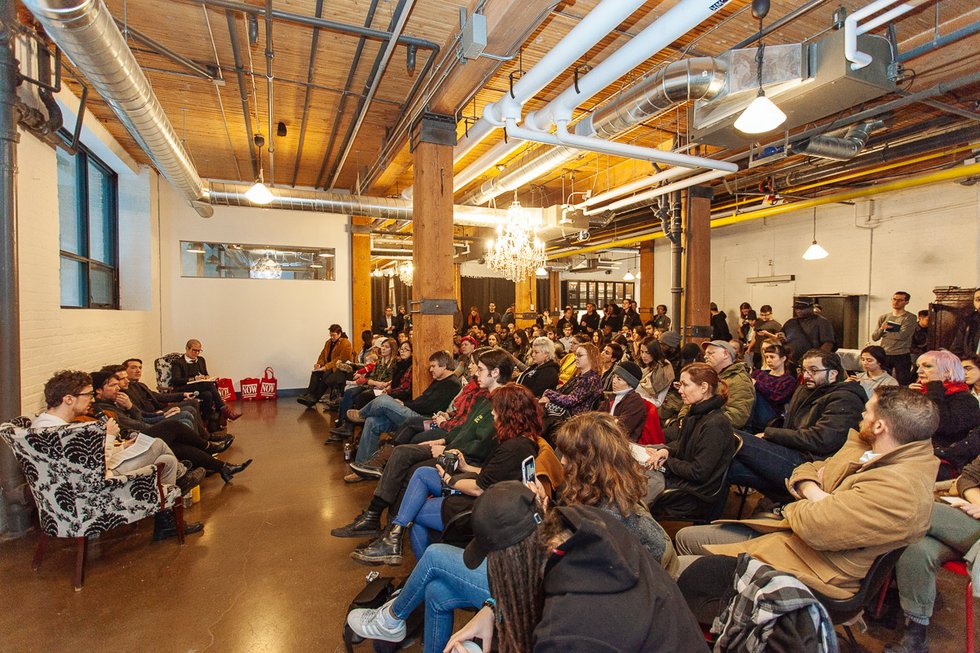 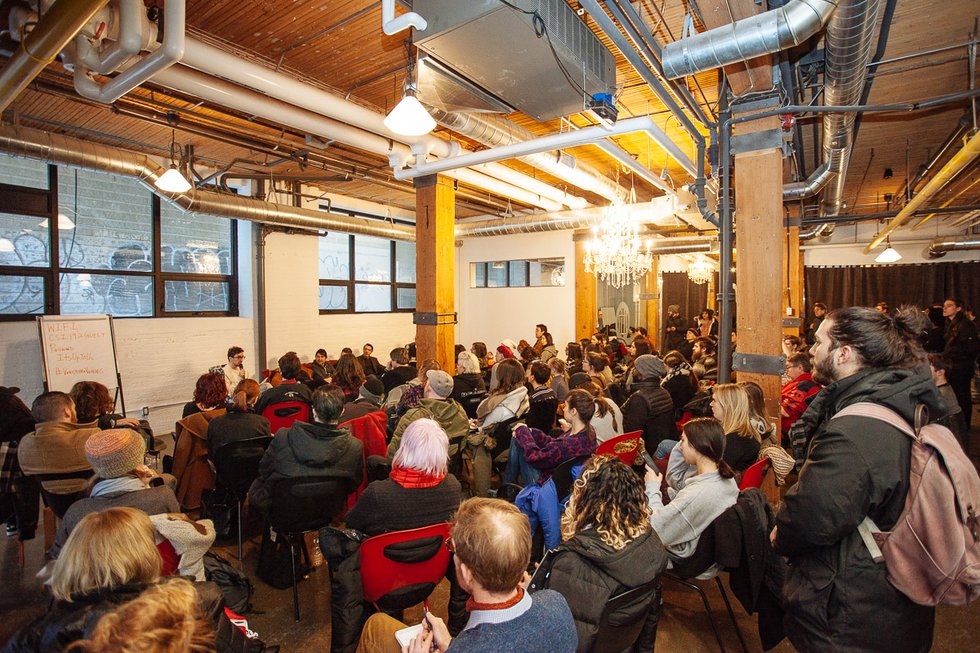 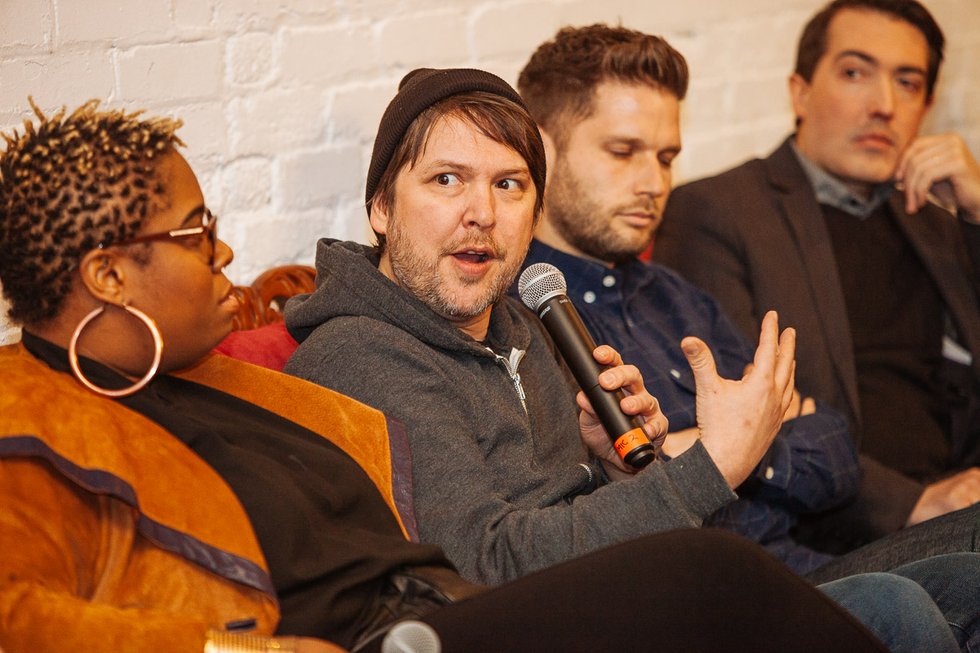 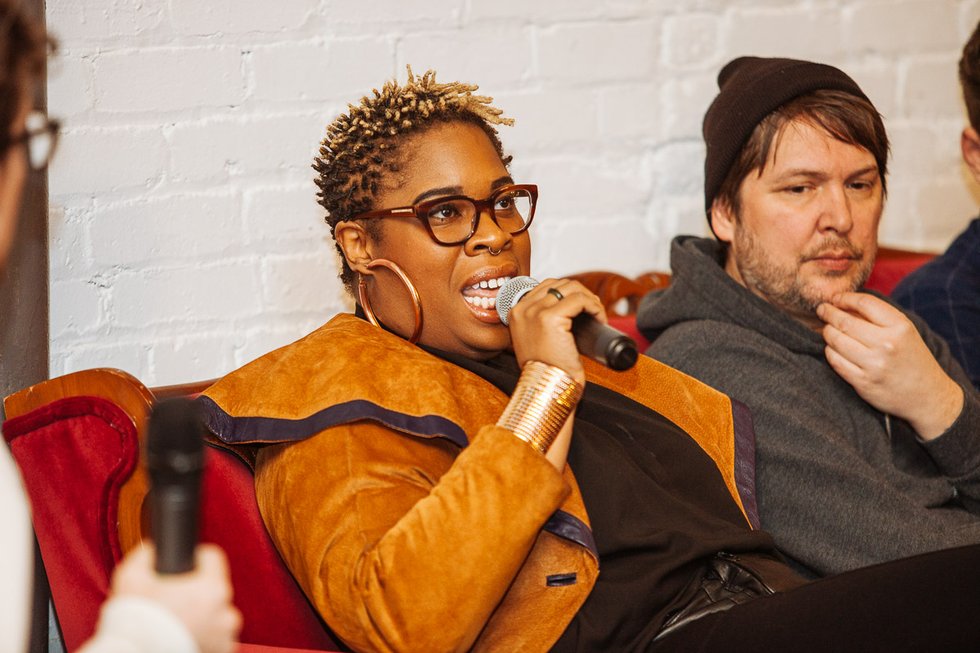 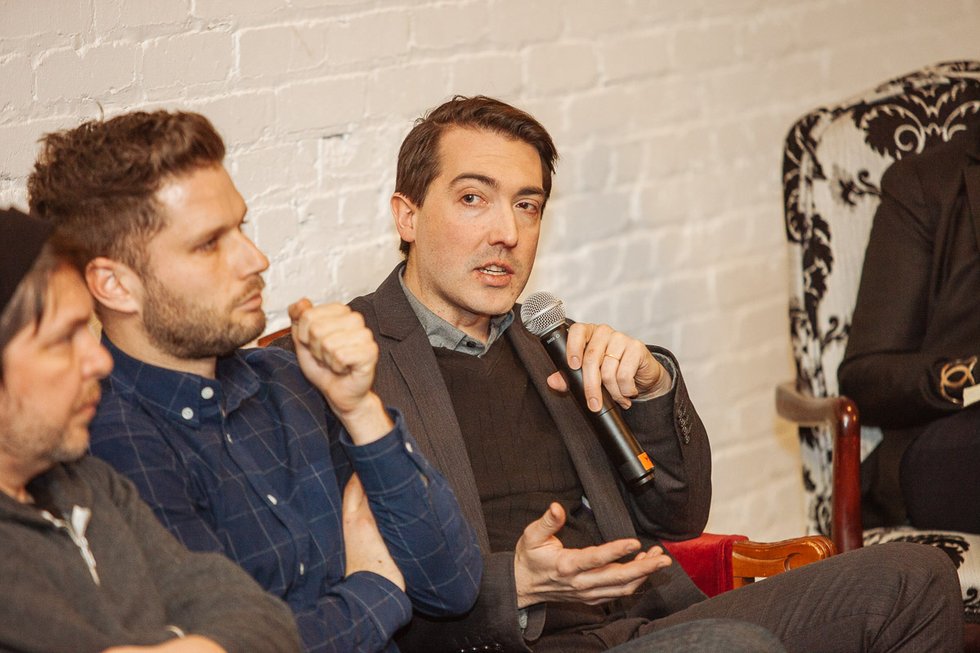 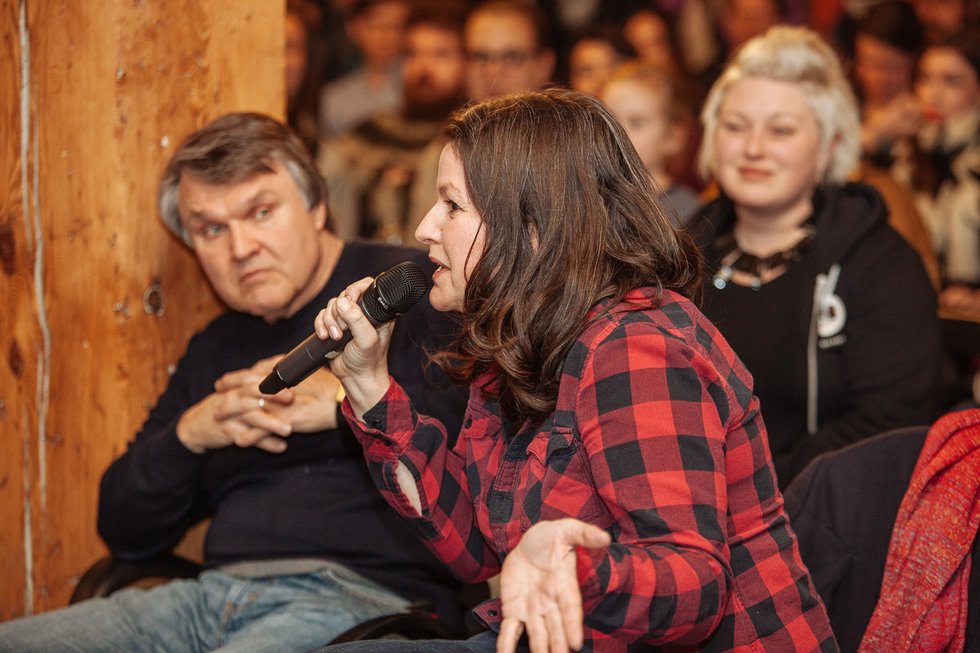 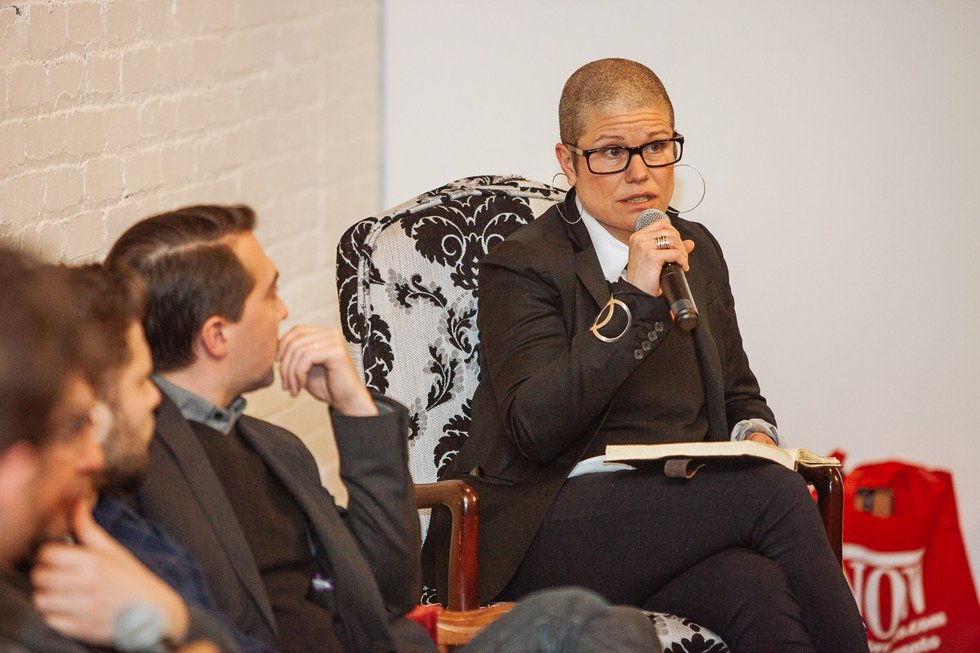 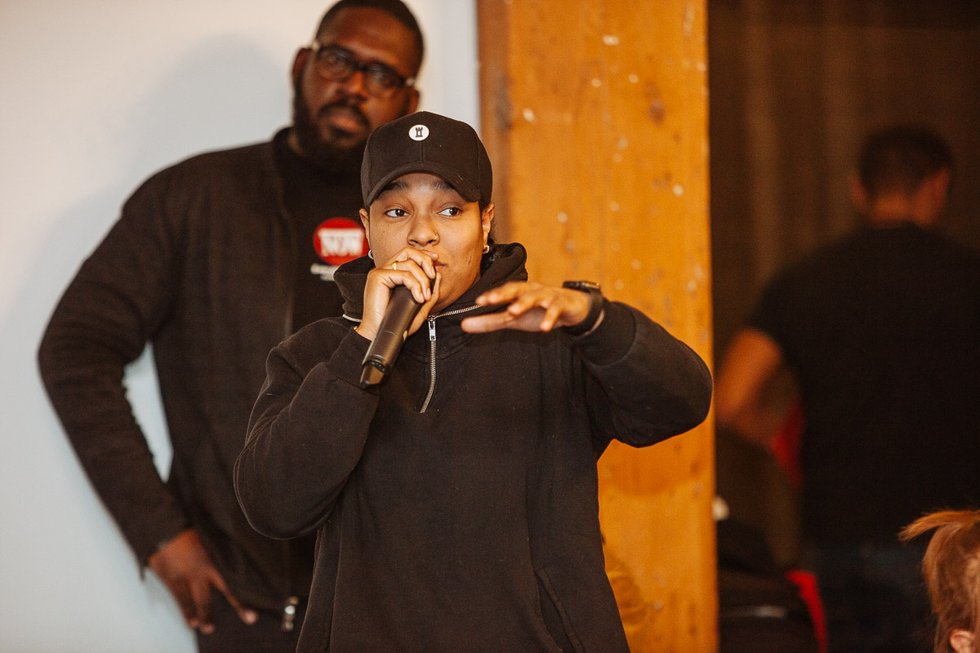 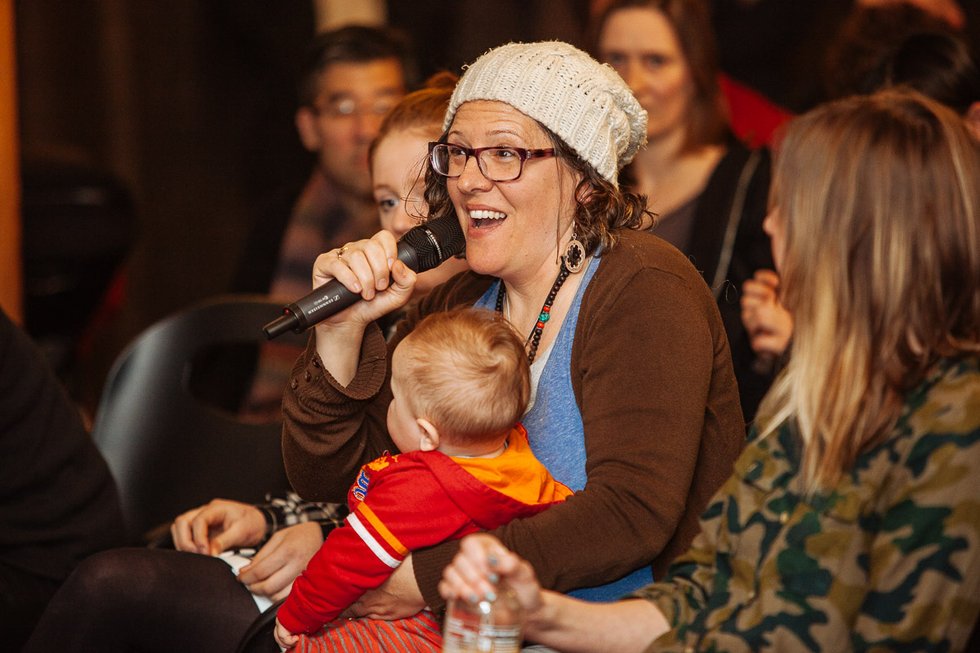 A snow storm, spring break and SXSW couldn’t stop 200 people from attending NOW’s community panel discussion on Toronto’s vanishing music venues on March 13. In the last few months, our city has seen an alarming number of closures, a crisis accelerated by the real estate boom, among many concerns. After NOW published our cover story, we received countless responses signaling an urgent desire to talk about the issues.

The discussion opened by examining the current landscape – the fact that the city has lost over a half dozen live-music venues in 2017 alone. Sutherland noted that prior to last year, this issue wasn’t even on the radar at City Hall, and that TMAC, made up of around 30 volunteer music-industry locals, have only started the work needed to halt or at least slow down the number of venues lost. Their current goal is to gather metrics – things like numbers on how many venues have disappeared, where they’re located and how much revenue they were generating – to help paint a clearer picture for city councillors.

“There are so many things we don’t know about live music,” said Benjamin, a former Torontonian who works in Ottawa and is collecting similar data on a provincial scale.

TiKA, a musician and promoter who runs the popular #BAREGYAL night geared toward racialized women, said the issues threatening Toronto’s music community run deeper than metrics. She argued that people in power – including city councillors, venue operators and members of TMAC – are afraid of cultural diversity, particularly when it comes to hip-hop and R&B music.

“I’m not seeing people who look like me in these spaces to soapbox on my behalf,” she said to cheers in the crowd.

The subject of diversity steered the conversation toward accessibility, especially in terms of the voices that get to be heard. All of the panelists agreed that TMAC didn’t currently reflect Toronto’s diverse population, and it wasn’t only about racial diversity and gender parity, but about having diverse perspectives. Greenberg suggested that perhaps the advisory council should include not only business stakeholders, but music fans and members of the public who spend money on local music and actually go to live venues.

Bowring brought up the point that one of the most frustrating aspects of running a live-music venue is the language used around licensing. Many people in the audience were surprised to hear that Toronto doesn’t actually have separate licensing for bars and music venues, and that these businesses fall under restaurant licensing.

“It’s a huge issue when it comes to noise complaints, too,” Bowring said, also noting that music noise falls under the same yardstick as other types of “noise,” including leaf blowers and construction.

Threats from real estate development were also on people’s minds. Greenberg said that it was important not to villainize developers (or music venues, as was also pointed out), and that gentrification could be a positive thing. He pointed to Westbank, the firm that will be redeveloping Honest Ed’s and Mirvish Village, as an example. In conjunction with An Honest Farewell, Westbank held an open house to receive community input from anyone interested in the development.

“We need to go to city and developer meetings the same way angry residents’ associations do, because they’re well organized,” Greenberg stressed. “Right now, those are the voices getting heard.”

When the discussion opened to the audience during a lengthy Q&A, Candace Shaw, the founder of Canadian Women Working in Music, suggested TMAC only seemed concerned about larger music venues.

“What about spaces that hold less than 100 people?” she asked. “Those are the stages where musicians cut their teeth.”

Shaw also stressed that it was imperative that TMAC fix its composition of members to include more women and people of colour.

“Put more women in charge and get things done,” Benjamin echoed, to cheers from the crowd.

Audience members also raised concerns over the lack of music venues for all-ages shows, safety for trans and non-binary folks as well as mobility and access to washrooms for differently abled people. However, nothing fired up the room the way the discussion about racial divide did.

Kiana ‘Rookz’ Eastmond, director of Sandbox Studios, said that despite her success running two recording studios for hip-hop artists, she still has trouble accessing City Hall and councils like TMAC.

“It goes to show what they think of urban music,” she said.

TiKA echoed a similar sentiment, stating that her events regularly attract over 1,000 people, and yet securing venues is a challenge and no one at City Hall has helped.

“For people of colour, problems have a lot to do with education and infrastructure,” she explained. “It turns into a vicious cycle. Venues make money off of people who can’t get through the door to consult on the culture.”

At the end of the nearly two-hour panel discussion, the conversation was far from over. In fact, it seemed that for many people in the room, it was just getting started in more meaningful and productive ways. To help continue it on social media, use the hashtag #VanishingVenues. Some resources and contact information are below.

To apply to join the Toronto Music Advisory Council: https://secure.toronto.ca/pa/decisionBody/202.do

Shaun Bowring, owner of the Garrison, the Baby G and Transmit Presents: shaun@transmitpresents.com

TiKA Simone, musician and founder of The Known Unknown and #BAREGYAL: TiKA the Creator on Twitter