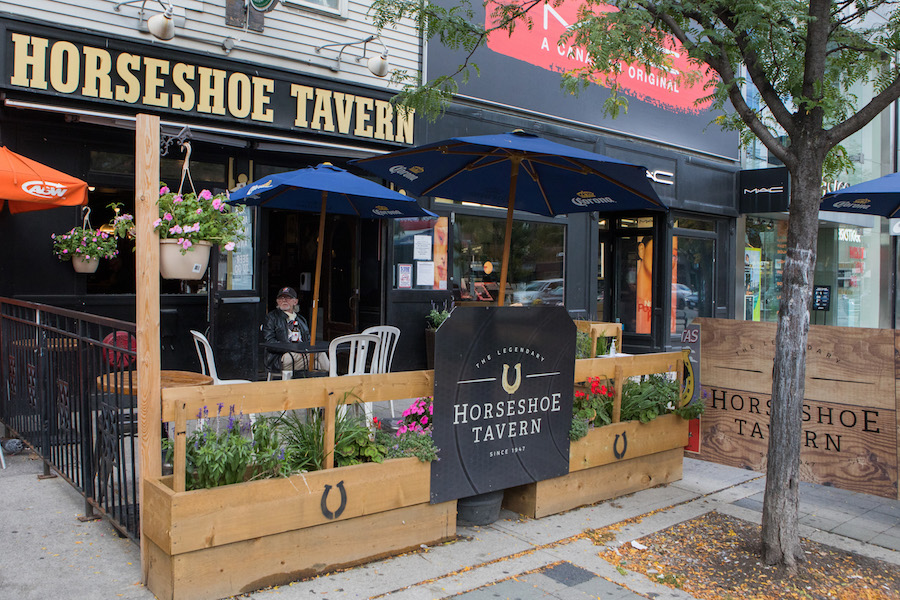 There’s a new obstacle facing Toronto’s already precarious live music venues: none of them seem to be able to get insurance.

A coalition of the city’s venues are calling on the Ontario government to help them figure out why so many are being refused renewals on commercial liability insurance.

After months of behind-the-scenes advocacy, no one has come up with answers.

“Live music venues in Ontario are facing unprecedented hardships due to the COVID-19 pandemic,” writes Shaun Bowring, owner of the Baby G and the Garrison, in a press release. “In addition to 100 per cent loss of revenue now over six full months, permanent loss of valued employees and lack
of resources/funding to cover basic operational costs, as an industry we are now facing an unparalleled crisis in regard to commercial insurance.

“Commercial insurance rates for live music venues have risen between 200-400 per cent over the last 10 years,” he adds. “Now, the unregulated insurance industry in Ontario has presented… predatory practices making it near impossible for many in our industry to continue operating our businesses.”

Bowring is part of a live music operators group called Love You Live, which represents about two dozen local venues. He says many are experiencing some version of the same problem: their policies are running out and they’ve been refused renewal. They’ve spoken to multiple brokers and looked at companies they know insure music venues, and they’re all coming up empty.

Is this an existential threat to music venues?

Liability insurance protects a commercial space against claims resulting from injuries or damage to people or property in the space. Most venues are not open right now, or those that are have limited capacity, but many commercial leases in Toronto include a clause requiring commercial liability insurance. Without it, their landlords could evict them.

Jeff Cohen is the owner of the Horseshoe Tavern (and also a member of the group). He tells NOW he knows of at least eight venues whose liability insurance has expired since April or May – or whose will soon – and whose brokers are telling them they can’t get it renewed or find a new policy. That includes his venues (the Horseshoe and Lee’s Palace), plus the Garrison and Baby G, Phoenix Concert Theatre, Lula Lounge, Castro’s and Dakota Tavern among others.

Dakota owner Stephen Reid posted on Facebook that the venue “faces a one-month countdown to permanent closure” if the insurance situation isn’t resolved. The Ossington venue has asked for support from its community, to buy beer and snacks so they can stay afloat.

Non-music venue restaurants and bars have also been reporting insurance issues since the pandemic started. They say that their policies are ballooning, but Bowring says this is different.

“They’re saying their renewals are at rates three times higher, which is tough,” Reid says on the phone. “But we’re not even getting that. We’re just not getting renewals.”

The coalition has been working behind the scenes for two months or so before they went public, he says, trying to get meetings with Ontario politicians or people from the insurance industry to find out what’s going on and how they can resolve it. They’ve had help from the city, including the Toronto Music Advisory Council (Cohen and Bowring are both members), but insurance falls under provincial legislation. And commercial insurance is unregulated in Ontario.

“I understand there’s much bigger things gong on, lots of sectors hurting, but we’re one of them too,” Bowring says. “We’re entrepreneurs and small businesses and we have jobs depending on us.

“The [Doug Ford] government’s catch phrase is that they’re open for business. Well, it seems like they’re only open for select businesses.”

Where is the Ontario government and where are the insurance companies?

Scott Blodgett, spokesperson for the Ontario Ministry of Finance, says the government encourages businesses to work with their insurers or brokers and ask about opportunities for premium relief or mid-term adjustments.

“We want to assure you that this government has been in regular contact with the insurance industry to raise issues concerning insurance availability and affordability during the pandemic, especially for small-business owners,” he says in a statement.

Pete Karageorgos is the director of consumer and industry relations at the Insurance Bureau of Canada. He manages a consumer information centre that helps businesses, home owners and automobile owners with questions related to insurance. He says he’s seen more inquiries from businesses than usual, but not necessarily from music venues. But he’s not surprised that insurance would be an issue for them.

In the first part of the shutdown, from March to June, insurance companies across Canada provided over a billion dollars in premium relief to both individuals and businesses.

“Like businesses, insurers are grappling with new financial challenges,” he says. “They might not be willing to assume the same amount of risk.”

His suggestion for music venues is to shop around as much as possible and to negotiate.

“Even if you get a letter saying, ‘We’re not renewing you,’ ask if there’s anything you can do to adjust the deductible limit or highlight to the insurance provider that you’re a good risk, that you’re conscientious,” he advises. “At the end of the day, insurance companies want to support their clients. It’s in their best interests to make businesses succeed.”

Insurers might be seeing that music venues serve alcohol, operate at night, maybe they have dancing – and seeing that as liability risk. But many of the music venues searching for insurance aren’t even operating right now. That means their their risk of liability is actually lower than it would be before or after the pandemic. If there are no customers in the building, there is virtually no liability. Yet if they can’t get liability insurance, as soon as customers are allowed back in, the venue would be at full risk if someone were to sue.

If all venues are getting refused, could there be some collusion happening among insurance providers? It’s hard to tell because no one seems to be able to get a straight answer.

Can the city step in?

In the meantime, the Toronto Music Office and Toronto Music Advisory Committee are looking for ways to navigate the issue. In their September 24 meeting, they put forward a motion to meet with other departments at the city about potentially spearheading a group insurance plan for Toronto music venues. Then the city could potentially underwrite the policy, assume the risk and guarantee coverage of unpaid fees.

The city has been building protections for music venues, including a recently implemented property tax break, so maybe they could step in if landlords were to try to evict for lack of insurance.

For Cohen, who admits the Horseshoe has a standing and stature that smaller independent venues might not, he’s willing to operate whether or not he can get the insurance.

He’d even be willing to go to court.

“What judge is going to look at me and say I couldn’t operate because I couldn’t get liability insurance?” he says. “It’s like a band who comes to town and wants Mexican Coke in their rider. I can’t buy it if it’s not available.

“It’s a catch-22. The system says we need insurance, but the system won’t provide it to us.”