NOW MagazineMusicYear of the Tiger

Year of the Tiger 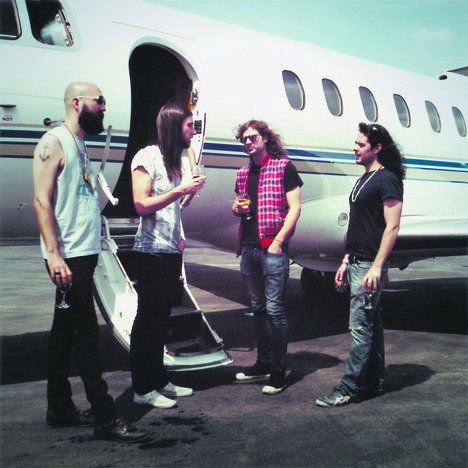 The world of nostalgic dance rock is crowded with artists vying for the listener’s attention. But when Brooklyn’s Tigercity hit the scene in 2004 with a brand of lo-fi, electro-nuanced pop rock that elicited comparisons to Prince, Hall & Oates and the Talking Heads, people took note.

Members of the four-piece claim they’ve never actively attempted to distance themselves from their peers, nor have they drawn from conventional sources.

Says Andrew Brady during a short holiday in Florida, “It was a natural progression. When we made our first EP, we were listening to disco, electroclash and house, but it didn’t necessarily influence our sound.”

Tigercity have, however, been influenced by a handful of producers over the years their newest album, Ancient Lover (Tigercity), has an R&B-imbued pop rock aesthetic.

“Ancient Lover was produced by Chuck Brody [of Ghostface Killah and Peter Bjorn and John fame], whereas our EP was done by Al Carlson, who is much more of a rock producer,” explains Brady.

Their tunes run the gamut from soothing to bouncy, but Tigercity’s chameleon-like energy will be tuned to the latter for their Wrongbar show.

“It’s much more of a rock show than our records lead [you to expect],” says Brady. “Very uptempo. There will be lots of dancing.”