NOW MagazineNews2020 brought the climate crisis to a tipping point

2020 brought the climate crisis to a tipping point

We face worsening climate and biodiversity crises, and new pandemics could emerge if we don’t address environmental causes 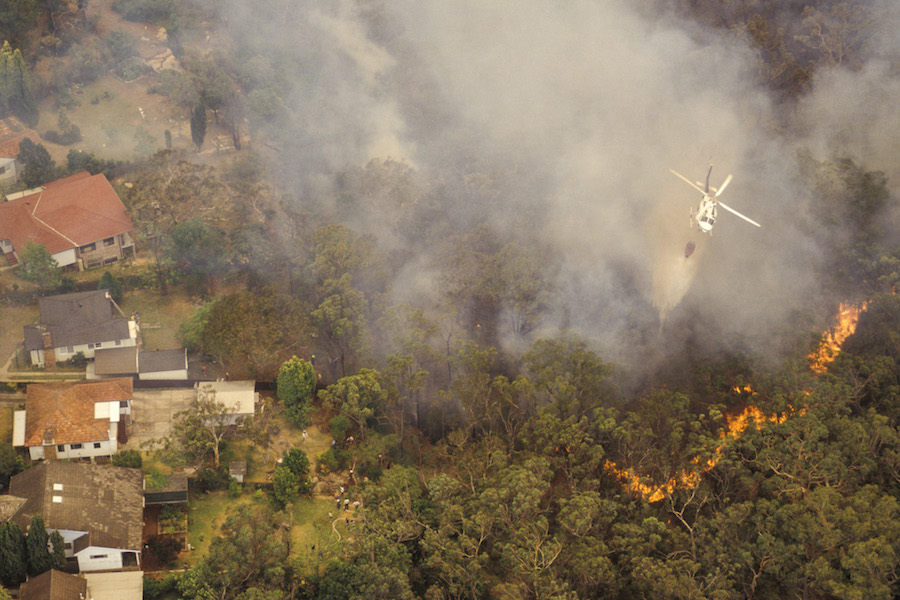 Bush fires raged in Australia from September 2019 to March 2020.

This is our last column for 2020. What a year it’s been! As if things weren’t bad enough on the environmental front – record-breaking global temperature increases, the U.S. backtracking on ecological protections and policies and pulling out of the Paris climate agreement, a worsening biodiversity crisis and more – the world was hit with a devastating pandemic. We’ve been brought to a tipping point.

A common thread through it all is the dangerous politicization, and often outright dismissal, of science.

Those who reject and protest the simple steps needed to stem the spread of COVD-19 have contributed to ensuring those measures must be strengthened and kept in place longer than they might have – just as those who have cast doubt on climate science have ensured that resolving that crisis will be costlier and more painful than it could have been had we acted quickly and decisively.

Although the forces of ignorance, fear and greed enjoy support in powerful places, from governments to wealthy corporate interests, our hope lies in the fact that they are a minority – a noisy one, but a minority nonetheless. Most people want to do what’s right for their families, neighbours, communities and themselves. Most in government and business want to do their best to ensure we get through the multiple crises.

Our COVID-19 response proves we’re capable of making rapid, decisive progress. Although the pandemic is still spreading in some places, jurisdictions that acted quickly have slowed it or brought it under control. Our understanding of the disease is advancing rapidly and we’ve created vaccines in record time.

But we must start thinking longer-term. We still face worsening climate and biodiversity crises, and new pandemics could emerge if we don’t address their mainly environmental causes.

It bears repeating that getting back to “normal” isn’t good enough. “Normal” means a global economy fuelled by overconsumption. A “healthy” economy in this context is one in which people continue to purchase and drive more cars and SUVs, fly more, buy more, waste more. It’s one in which people work long hours producing stuff we don’t need to earn enough to survive or to buy more stuff they’ve been convinced will bring meaning or happiness to their lives.

It’s an economy where the world’s richest one percent own almost half of global wealth and account for more than twice the global emissions of the poorest 50 percent. Where, in the U.S., government policy has helped some 600 billionaires grow their wealth by US$931 billion during the pandemic. Those few hundred people now hold US$4 trillion in wealth, more than double that of the 165 million people in the bottom half of the population. It’s not much different elsewhere.

The United Nations Environmental Program just released its Emissions Gap Report 2020. It shows that if the world doesn’t step up efforts to bring emissions under control, we will overheat by 3 C by century’s end. We’re already experiencing major effects of climate disruption, from increased extreme weather events to sea level rise to growing refugee crises. An increase over 2 C, or even 1.5 C, would be catastrophic.

But according to the UN, “A green pandemic recovery could cut up to 25 percent off predicted 2030 greenhouse gas emissions and bring the world closer to meeting the 2°C goal of the Paris Agreement on Climate Change.” Stronger action would get us near the 1.5 C goal.

Governments are supposed to serve us, the people, not just corporate interests. We must demand they do, just as young people and Indigenous Peoples have been demanding over the past few years. Many of our problems – from inequity to the pandemic to the climate and biodiversity crises – are related, stemming from a lack of understanding about humanity’s place in the world, and the interconnectedness of existence.

It’s time for a paradigm shift. Let’s take this time to reflect on what really matters – time with friends and family, our connection with nature, and the need to hold to account those we elect to represent our interests.

As we in the Northern hemisphere head into the darkest time of year, we know light will return. Let’s all keep ours shining today for a brighter tomorrow.