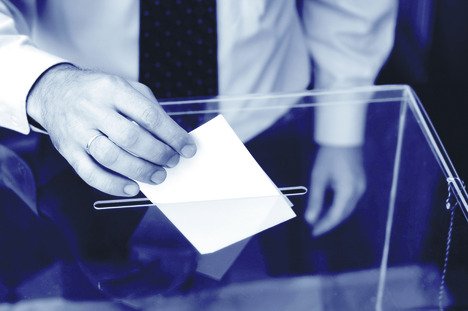 Dave Meslin’s business card describes his job as “community choreography,” and his latest production, launched this past Tuesday, December 15, is a three-year plan to shuffle how we elect city councillors.[rssbreak]

“Municipal elections are something that happens to us, like we’re victims of elections,” says the public space advocate known for spearheading everything from the Toronto Public Space Committee to billboard battles to the bike union.

“It should be a really exciting time when everyone’s talking, imagining and dreaming.”

His latest project, Better Ballots, being undertaken by a coalition of groups (including Manifesto, Maytree, Acorn and the Toronto Community Foundation), aims to fix a broken voting system that results in low turnout, under-representation and apathy.

Is this a front for a proportional rep group? Well, not exactly. Meslin is cagey – he doesn’t want to offer his own position. “We’ve built this coalition by not taking a stance but just promoting a dialogue,” he explains after launching the effort at Tuesday’s Toronto City Summit Alliance’s Emerging Leaders Network conference at MaRS.

By refraining from condemning the current system and declaring war on council until the demands of a few activists who claim to know best are met, the coalition has maintained a collaborative framework.

Starting this spring, Better Ballots will organize sessions aimed at creating incubators of reform and pushing the idea that City Hall doesn’t need to be a fortress of incumbency.

Addressing the conference, Vivien Dzau, Meslin’s co-lead on the project, identifies the issues, among which turnout tops the list. Out of 1.5 million people eligible, only 600,000 cast ballots in the 2006 election. That’s 100,000 fewer than in 03.

One factor could be the perception that you can’t oust a ward lifer. This is paired with the problem of distorted victories – that is, election to a seat on council by a minority of a ward’s voters.

It’s true that Doug Holyday and Rob Ford take home 65 or more per cent of votes and are tough to beat (what’s up, Etobicoke?!), but our system utterly fails voters once the candidate pool swells past two.

Someone like Mark Grimes of Etobicoke-Lakeshore would be toast if the ward’s votes weren’t split among eight other candidates, some of whom couldn’t even muster a number of supporters equivalent to a small wedding. Others could have put up a fight one-on-one.

In fact, over a dozen councillors won seats without attaining a majority. Hell, John Parker (Don Valley West) snuck in with 20 per cent. That’s 20 per cent of roughly 40 per cent of the ward’s voters giving the thumbs-up – a whopping 8 per cent of those registered to vote (which means it’s even lower when you include those not registered).

Lack of diversity is another problem. Fifty-two per cent of Toronto residents are female, but the percentage of women on city council has actually dropped from 32 to 22 in the past two elections. Visible minorities are even more poorly represented: 47 per cent of the population reflected in a meagre 11 per cent on council.

But when it comes to changing municipal elections, the province holds the reins. “I’d be pushing for a provincial amendment that gives us much more flexibility in how we elect councils,” says Meslin.

Change is possible. But not for October 2010. That election will be just another spin around the dance floor, another set of statistics to bring home the need for a revamp in how Toronto serves its citizens.