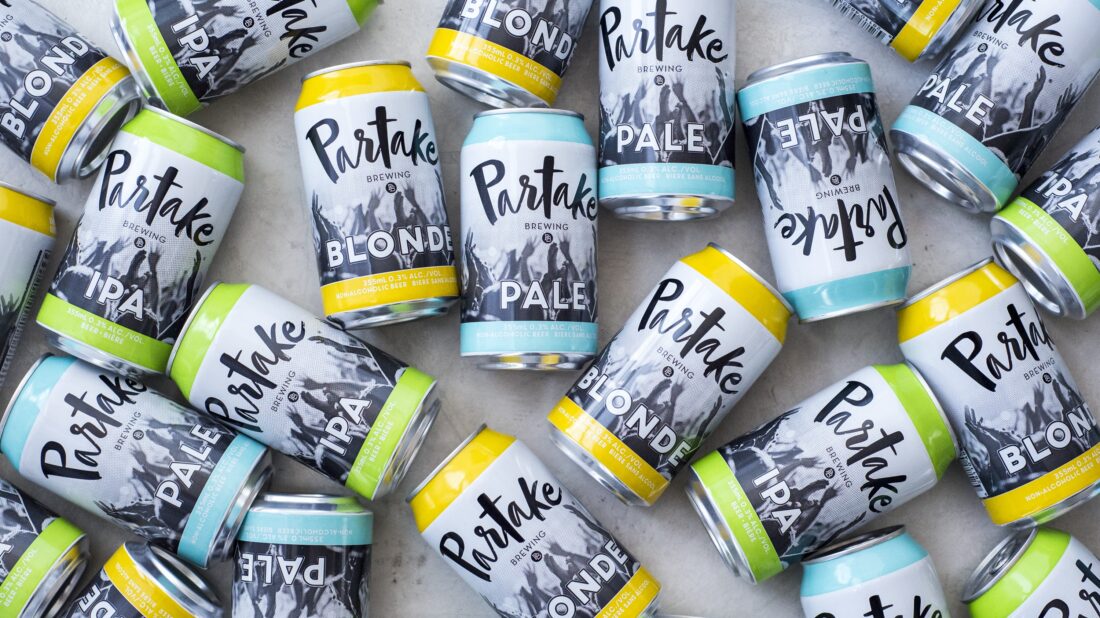 For many years, alcohol-free beers – often referred to as “near beer” – were a sad facsimile of the real thing, much to the consternation of those who didn’t drink but still wanted to enjoy the experience of cracking a cold one. And most bars and restaurants didn’t bother carrying the product, leaving teetotalers to content themselves with soda.

However, with increased expansion in the wellness sector, particularly in the beverage space – from flavoured seltzer to CBD-infused drinks – booze-free beers have also proliferated.

Heck, there are even different flavour options – where before you could choose between pale yellow and slightly paler yellow, the new wave includes IPAs, brown ales, stouts, and even seasonal summer beers.

We rounded up some of the best new non-alcoholic beer options available in Canada.

Arguably the hottest name in booze-free beer, Toronto-based Partake has expanded its roster to include IPA, a blonde ale, a brown ale and a stout. They’ve even rolled out summer seasonals – a peach gose and a mango gose. drinkpartake.com

This Quebecois brewery just launched their products in Ontario. The core lineup includes an IPA, a Berliner Weisse and a stout; look for them in fun summer-branded cans at the Beer Store. lebockale.com

Leslieville brewhounds might be familiar with Rorschach, that two-floor brewery with the stunning rooftop patio and a whack-ton of high-ABV IPAs. Their new imprint, Free Spirit, goes entirely in the opposite direction with its first launch, the 0% Adventure IPA. rorschachbrewing.com

This UK-based brewery boasts that its projects never go over 0.5% ABV. Two are available at the LCBO – a stout and a pale ale – but they’ve developed well over a dozen styles, from a DDH IPA to a hazelnut porter. bigdropbrew.com

In addition to a number of straight-up beers, this Calgary brewery is home to the Local non-alc line, which includes a pale ale with Citra and Ella hops and a chocolatey, malty stout. villagebrewery.com

The BC brewery has released a non-alc sibling to its staple Red Racer beer: The Street Legal IPA, which features caramel, floral and herbal notes and rings in at below 0.5%. centralcitybrewing.com

Another microbrewery dedicated to non-alcoholic beers, Sober Carpenter currently has three products on its roster – an IPA brewed with Citra, Simcoe and Cascade hops, a witbier and an Irish red. sobercarpenter.ca