Canada’s COVID-19 worker benefits: What we know so far 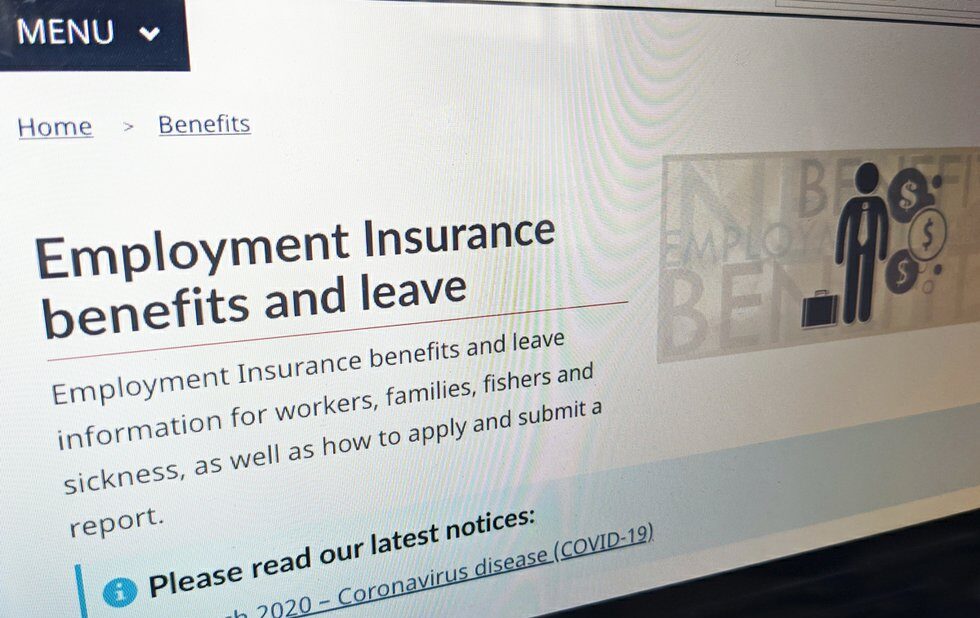 In an effort to support small businesses amid the pandemic, they will have to show a decline of 15 per cent in their revenue for the month of March rather than 30 per cent. Businesses will also be able to choose to use the month of January and February as a reference period to show a loss of revenue.

CSJ employers will now be provided a subsidy of up to 100 per cent to cover the costs of hiring students. The timeframe for job placement will also be extended, to February 2021, as many summer jobs will now be delayed. And because many businesses have had to scale back their operations, they will be able to hire students part-time.

Under these revisions, the government is estimating that up to 70,000 jobs will be created for Canadians between the ages of 15 and 30, at the cost of $263 million.

Additional measures for those who do not qualify for the CERB, including freelancers, gig and contract workers working less than 10 hours per week, are coming.

On the matter, Trudeau assured, “Today, we’re taking a step in the right direction to help young people find work during this difficult time, but I want to be clear that we will do more, just like we will do more for those who need help but are not eligible to receive the benefits we’ve announced so far.”

With employment numbers set to be released Thursday, he warned, “It’s going to be a hard day for the country. We’re facing a unique challenge. But I know that if we pull together, our economy will come roaring back after this crisis.”

By midnight on Monday, the first day to apply for the Canada Emergency Response Benefit (CERB), 788,510 people applied, according to the Canada Revenue Agency, which processed almost 1,000 applications per minute, on average. Hundreds of thousands more are expected to apply by Thursday. In an effort to streamline the application process, the government has asked Canadians to apply based on their birth month (ex. on Wednesday, those born from July to September should apply, while those born from October to December should apply on Thursday, and so on).

The benefit provides $500 a week for up to 16 weeks and is retroactive to March 15. If you apply for direct deposit, it will arrive in three-to-five days and if you choose to receive it by mail, you will get the money within 10 days.

Applications will open on April 6 for the CERB, which provides $2,000 per month for up to four months, Prime Minister Justin Trudeau said. Applications will be taken online or over the phone.

The CERB is available to those who have lost their jobs or income completely, and who are not receiving payments through the 75 per cent business wage subsidy. Applicants will have a choice of receiving the benefit by mail or direct deposit and must check in once a month to confirm they are still without a job.

Self-employed workers who have seen a reduction in business as opposed to a complete loss, however, do not appear to be covered by the CERB at this time. “That is a population of workers we are working to figure out where they fit in – if their hours are simply reduced,” said employment minister Carla Qualtrough.

Qualtrough added that the federal government is figuring out how their slate of relief measures “interplays with other provincial options” to cover the self-employed.

“We’re doing public policy work that may historically take years in a matter of days,” she said.

Qualtrough also said that the government was looking at ways to better support minimum wage workers who have been deemed essential, whether through workplace payroll top-ups or other means.

Meanwhile, Finance Minister Bill Morneau announced that funds from the previously announced 75 per cent wage subsidy would be available in roughly six weeks, and that applications would open “soon”.

The program is available to those who have suffered a 30 per cent or more decline in gross revenues since this time last year, and businesses will have to reapply monthly.

The wage subsidy fund now sits at $71 billion, a move that Morneau says reduced the cost of the CERB to $24 billion. Increasing the wage subsidy, he said, would ideally keep employees attached to businesses as much as possible.

UPDATE (March 27): Prime Minister Justin Trudeau announced a previously-unveiled 10 per cent wage subsidy for small businesses will be increased to 75 per cent.

The benefit will be paid out over three months and will be applied retroactively to March 15.

The federal government also announced that businesses, including the self-employed individuals, would be allowed to defer all GST/HST payments until June.

March 25: The federal government has announced a monthly payment of $2,000 over four months to help Canadians whose income has been impacted by COVID-19.

“The CERB would be a simpler and more accessible combination” of those two benefits, the Department of Finance said in a release.

The benefit covers the following groups:

The online portal for applications will open on April 6, and cheques or direct deposit will be available within 10 days of applying.

The government has advised that those already receiving EI regular and sickness benefits will still receive those benefits, and should not apply to the CERB.

In Wednesday’s press conference, Prime Minister Justin Trudeau said thousands of government workers have been redirected to work on processing benefit applications. He added that 1 million people have applied for EI over the past week.

“The EI system was not designed to process the unprecedented high volume of applications received in the past week,” the Department of Finance wrote. “Given this situation, all Canadians who have ceased working due to COVID-19, whether they are EI-eligible or not, would be able to receive the CERB to ensure they have timely access to the income support they need.”

The news builds on last week’s original announcement of a wide-ranging benefits package to help businesses and laid-off workers survive the economic effects of the COVID-19 pandemic. The support package was originally pegged to deliver $27 billion in direct support, plus $55 billion in tax deferrals. In total, the package amounts to $82 billion, or three per cent of Canada’s GDP.

Other expanded measures included a waiving of the usual one-week waiting period for employment insurance (EI) sickness benefits (for those eligible) and expanded work share opportunities.

Other benefits and changes

For more info, visit the Government of Canada website.