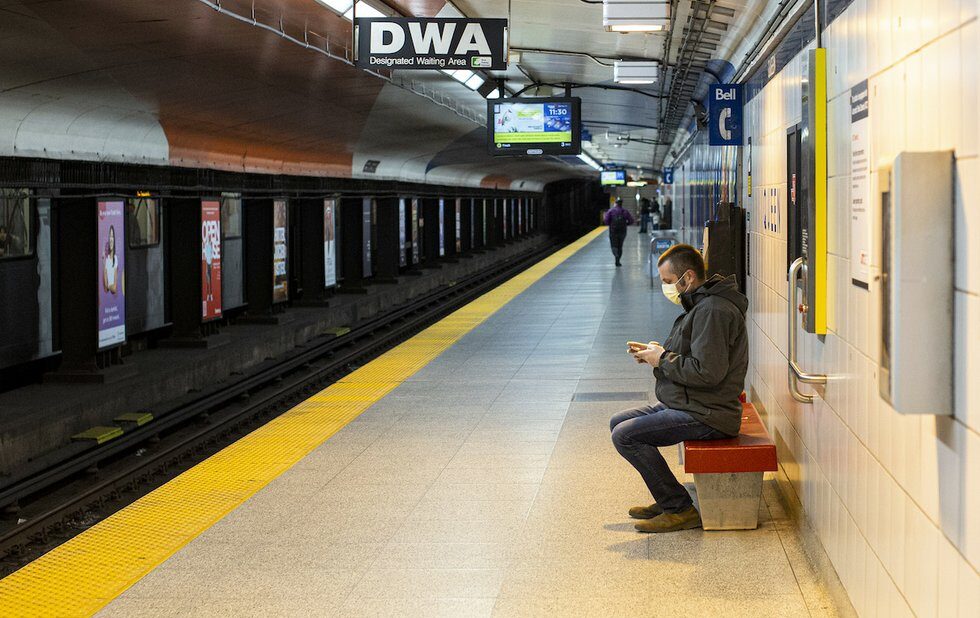 The TTC union's affiliate in the U.S. says all transit riders should be required to wear masks.

On Wednesday, April 15, 38 drivers in two TTC bus divisions – Queensway and Wilson – refused to work because the TTC does not provide masks for drivers. This is a small number relative to the thousands of drivers who continue to work through the pandemic, but it could spark a trend if the situation is not resolved.

Carlos Santos, president of Amalgamated Transit Union Local 113, says in an email to NOW that “Our union continues to work with the TTC to increase health and safety conditions for maintenance workers during the pandemic.”

The TTC’s position, as stated by spokesperson Stuart Green, is that “All TTC employees who require PPE (personal protective equipment) get it.”

He adds that, “In addition to the multiple daily deep cleans vehicles get, all operators are given wipes, hand sanitizer and gloves. We are providing PPE to Wheel-Trans operators now as they are transporting some of our most vulnerable customers and are in relatively close contact.”

The key phrase in the TTC’s response is “employees who require PPE,” and it is clear that the ATU and TTC do not agree on the definition.

The TTC provides some masks now for staff who were “previously identified as those requiring masks for their work,” according to Green, but this only includes Wheel-Trans drivers and maintenance workers who can be exposed to hazardous substances.

The ATU’s position is that TTC is not consistently providing protection to all employees.

Santos says that “All public transit workers should have the choice to wear masks if they wish.”

The debate over whether to wear masks swings back and forth and rules vary between cities, provinces and other jurisdictions in the United States.

The City of Toronto’s website advises that “Wearing a face mask or covering may not protect you from COVID-19, but it may protect others from your respiratory droplets and germs.”

Providing masks for all staff is not just an issue for drivers, but for maintenance workers whose jobs can make the two-metre physical separation difficult or impossible. This is not just a question of providing a physical barrier between drivers and riders.

Workers in many settings outside health care such as grocery stores are commonly seen wearing masks. This gives peace of mind to both customers and staff, at least to the degree that any facial covering might be better than none.

ATU International President John Costa issued a letter on April 13 setting out 10 demands for transit systems served by their members.

Some of these are already in place on the TTC such as rear-door loading, the elimination of fare collection by drivers and limiting ridership on paratransit services such as Wheel-Trans to one passenger per vehicle.

Wages and benefits are the focus of another group of demands, a big issue for transit workers in the U.S. where health care and jobs are so tightly linked. In Toronto, where so much TTC revenue comes from fares, the larger question is how deep governments are willing to dig to replace revenue lost from the lockdown and keep transit running. There are programs to supplement wages in struggling businesses, but not for transit.

Santos says the ATU wants a load limit on buses of 10 riders (15 for the two-section articulated versions) to allow safe spacing, as well as transit service at a level that avoids overcrowding.

ATU International demands that all riders be required to wear masks, but this has not been echoed by the Toronto local. Without a legal public health directive, this would not be enforceable.

The Toronto local also has a broader view of who should be riding transit than the ATU International who would restrict access to “essential workers and those seeking care.”

Local 113 includes a broader group. “Local 113 understands many people must ride on the TTC for employment, to attend medical appointments or for essential shopping, including trips to the grocery store or pharmacy,” Santos says.

This is a much more realistic position, although how even that could be enforced is a mystery.

Many people do not have their own personal vehicles, and the TTC is key to keeping many services well-staffed. Grocery stores are not just down the street for all, and driving is not an option for a large part of Toronto’s population.

Anyone required to work where the risk of infection is always present – whether they are in a hospital or helping others to travel around the city – deserves protection. This is one labour-management battle the city does not need.