Some 3,000 more people are homeless today than 10 years ago in Toronto 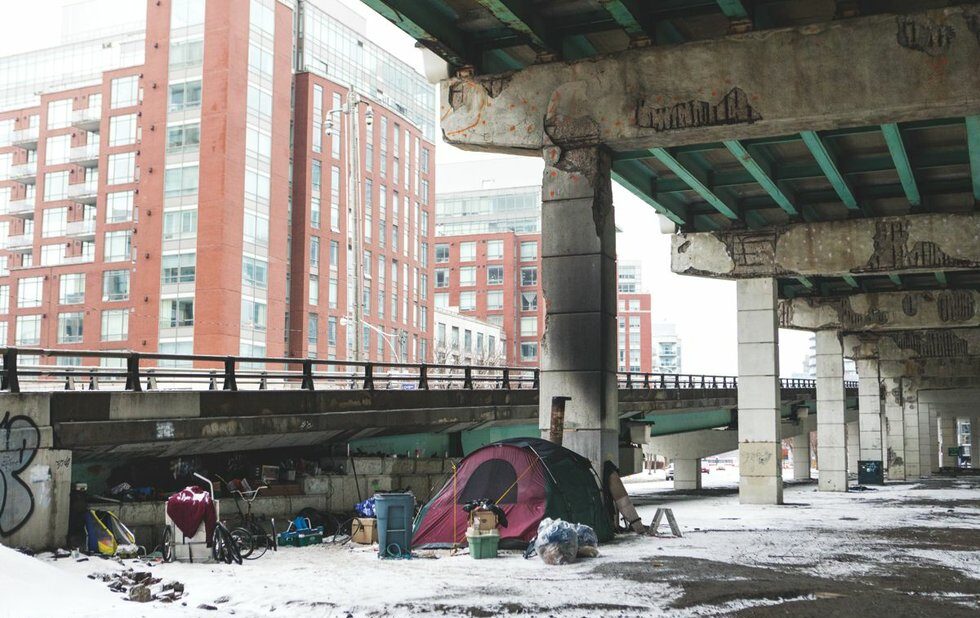 For the first time in our city’s history, homeless encampments have sprung up on main streets. New to the wish lists of outreach and shelter workers are tents and tarps.

It’s been a brutal decade for homelessness. Approximately 3,000 more people are homeless today than 10 years ago.

The city’s shelter system is in crisis and now consistently runs at 100 per cent capacity, forcing administrators to place thousands in motels. The volunteer, faith-based Out of the Cold program was supposed to be a stopgap. It is now in its 33rd year of operating winter space for shelter.

A spate of homeless deaths in the winter of 2015 forced the city to turn two warming centres into 24/7 operations, but with lower standards than the city’s main shelters.

When those are not enough, the city scrambles for respite locations that include dome structures, empty buildings at the CNE, empty hockey arenas or program space in a drop-in. It continues an approach that does not recognize homelessness as a year-round risk, or shelter as a human right. This year city council cancelled the cooling-centre program despite declaring a climate emergency.

Women vulnerable to sexual assaults were provided some reprieve through the opening of two 24-hour women’s drop-ins about five years ago. The women sleep on the floor or in chairs.

Deadly new disease outbreaks such as Group A Strep in shelters have emerged. Meanwhile, bedbugs continue to rage and lice has re-emerged with a vengeance.

In the last 10 years, 379 names have been added to the Homeless Memorial at the Church of the Holy Trinity beside the Eaton Centre. The names no longer fit behind its glass enclosure. The city’s public health department has also begun tracking deaths.

But the political climate toward the emergency remains cold at all three levels. The failure of  Canada’s so-called National Housing Strategy is apparent in the sky: not one crane represents a social housing project.