America has long been a rogue state, and its current president's recent order to attack Syria will do nothing but bring the world closer to Armageddon 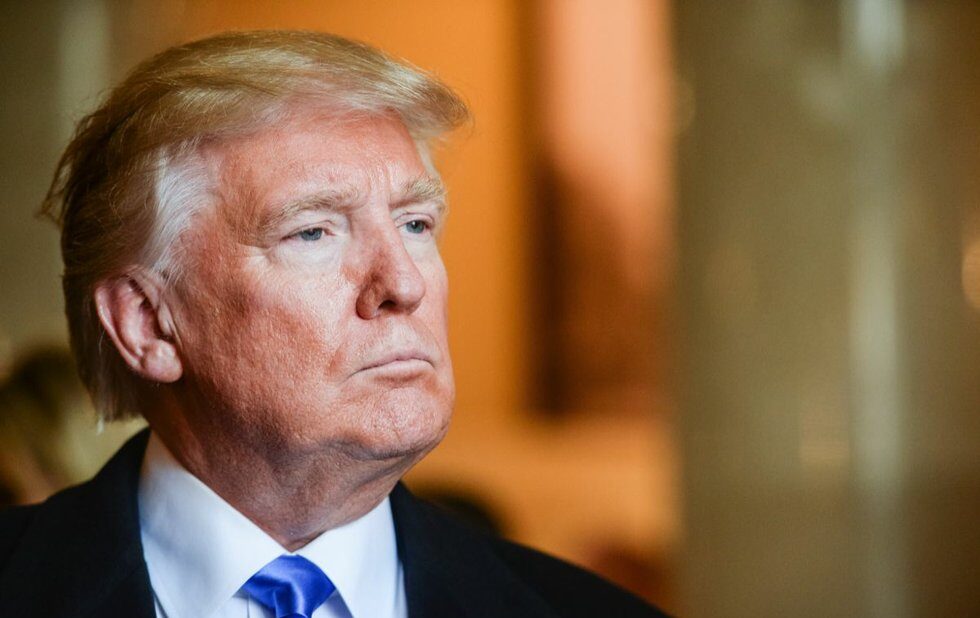 “It angers and saddens me that President Trump has taken the advice of war hawks and escalated our illegal regime-change war to overthrow the Syrian government. This escalation is short-sighted and will lead to more dead civilians, more refugees, the strengthening of al Qaeda and other terrorists and a possible nuclear war between the United States and Russia.”

These words were spoken by a member of the U.S. House of Representatives, Democrat Tulsi Gabbard of Hawaii. She is uniquely positioned to discuss policy-making from the perspective of understanding the consequences of war. She is a much-decorated major in the Hawaii Army National Guard who volunteered for a 12-month tour of duty in Iraq.

Her words have been ignored by those who endorse what amounts to a bizarre act of state terrorism carried out by the U.S. military last week. Acting on Trump’s orders, 59 Tomahawk missiles struck a Syrian airfield, ostensibly in retaliation for a chemical attack that killed scores of Syrians, including children, in a neighbourhood reportedly controlled by opponents of Syria’s government.

Trump’s missiles resolved nothing. His “message” does not impair Bashar al-Assad’s ability to launch further chemical attacks. Moreover, it was illegal under U.S. law because it was tantamount to an act of war, which requires consultation with and approval of the U.S. Congress, something Trump did not seek.

As well, Trump violated international law, under which a state may only launch such an attack in self-defence. To stretch the concept of “collective self-defence” to justify this missile strike would be to warp Article 51 of the UN Charter.

Like the late Saddam Hussein, who also carried out atrocities against his own people, Assad came to power in 2000 and enforced his tyranny at the pleasure of the United States.

What’s really going on? America has long been a rogue state – and its current president is the rogue exemplar.

Veteran civil and human rights advocates remember exposés and memoirs like those written decades ago by David Wise and Thomas Ross (The Invisible Government, 1964), Philip Agee (Inside The Company: CIA Diary, 1975), Victor Marchetti (The CIA And The Cult Of Intelligence, 1974) and more recently by M. Wesley Swearingen (FBI Secrets: An Agent’s Exposé, 1994).

These books revealed the CIA, FBI, NSA and their ilk to be the tools of an oligarchical class who sponsored and/or directed activities that abrogated the Constitution of the United States and the international rule of law. It’s doubtful that has changed.

Trump is an oligarch whose affection for another world-class oligarch, Russian President Vladimir Putin, should surprise no one.

But even oligarchs require predictability, and none more than American oligarchs, who must protect the precious and powerful myth that their state apparatus is “of the people, by the people and for the people.”

Trump, however, gives not a hoot for protocol, parliamentary decorum or basic human decency. He cares not for discourse or consultation. He has his own solitary agenda representing the furthering of his own narrow interests. He’s just raging through the White House, busting the furniture and ruining the carpets.

Trump’s roguism is American populism in the extreme, and relies upon absurdity.

In recent weeks, he has falsely accused his predecessor of committing a felony (bugging Trump Tower), the Brits of aiding and abetting the commission of that felony and the Germans of owing the United States “vast sums of money.” The nation’s editorial writers have taken to protesting the unprecedented incompetence now compromising the security of the U.S., as well as its international standing.

Harvard University professor of constitutional and international law Noah Feldman has opined that Trump’s wiretap accusations raise the risk of impeachment. “An allegation of potentially criminal misconduct made without evidence is itself a form of serious misconduct by the government official who makes it,” he says. And “the constitutional remedy for presidential misconduct is impeachment.”

On March 15, Democratic Congressman Eric Swalwell of California, a member of both the House Judiciary and House Intelligence Committees, said to Wolf Blitzer on CNN that Trump’s accusations were a vain attempt to divert attention from the investigation into whether or not Trump and/or others in his campaign had contact with Russia prior to the 2016 presidential election. Further, he said, that amounted to obstructing the investigation, which is a felony.

The divide over Trump within the Republican party has turned into a chasm. Wiser heads are realizing that the scoundrel who delivered the keys to the palace is a liability.

Not since Richard Nixon and his VP, Spiro Agnew, sat at matching pianos to put on a racist skit in what they thought was a “Negro” dialect has the American conservative establishment been left so wide-eyed.

All of this has caused Trump’s critics to wonder if Trump is a well man.

That instability is clearly on view when a man who once said the U.S. should stay out of Syria goes on to launch missiles that effectively do nothing but bring the world closer to Armageddon.