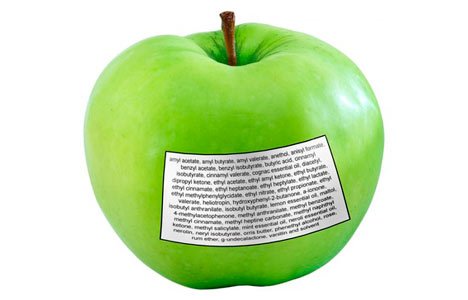 What part of food security does the Globe and Mail not get?

You may have been surprised to discover, January 5, in a front-page story, that the British government has backtracked on its local food commitments and now seems intent on serving up genetic modification.

Kind of a sexy story, really, showing how isolated this whole eco food movement really is. Problem is, it’s untrue.

Send Canada’s national newspaper to food re-education camp – it has completely garbled the historic significance of what Britain announced January 4.

The release of Food 2030, which represents 20 years’ worth of New Year’s pledges, marks the first time the government of a major world power has committed itself to a food strategy dealing with the whole enchilada – the entire life cycle of food. Let me repeat: this has not been attempted by any other major nation.

The kernel of the report? You probably know the drill: eat more fruits and veg, lose weight, buy local, sustainable and fair trade, grow your own, stop wasting so much, make full use of people-power…. The list goes on. But for once, this will be orchestrated from cabinet in a massive cross-ministerial effort.

The need for a strategy has evidently bothered Gordon Brown since he became English PM and asked for a report on food’s future from the strategy office of cabinet.

This was interpreted as a slap in the face to the ministry normally responsible for food, the Department for Environment, Food and Rural Affairs (Defra). The cabinet group published the 2008 report called Food Matters, which called on all government departments to integrate their efforts around food, thereby identifying the next policy breakthrough.

After Food Matters came out, Defra Minister Hilary Benn was instructed to come up with a long-term cabinet plan, At the media conference for Food 2030, Benn raised the stature of food security in the government’s agenda to the same level as energy security. When you realize what governments do for the energy sector, you get the magnitude of what the Brits are saying.

By North American standards, the level of discussion in the British report is unimaginably high. There’s not one reference to food banks, for example, because it is stated forthrightly that ensuring access to food by people on limited incomes is the direct responsibility of government.

Also unusual, food production is subjected to the government’s overall commitment to “decarbonizing” the economy, moving quickly toward sustainability and meeting strict goals.

This is bold, because food is typically written out of the climate change mandate both by national governments and UN agreements.

The report also identifies food waste as a major project, again unusual on the world scene, where all efforts are aimed at increasing production, not curtailing the trashing of food that accounts for half of what’s produced.

And it establishes that it’s a national responsibility to provide land for the one-third of Brits who wish to garden – doubtless building on London’s commitment to organize 2,012 community gardens in time for the Olympics.

Somehow in all this, the discombobulated Globe story managed to portray the report as an ecological retreat, suggesting that the level of the current global food debate is way over the editors’ heads.

The story reported that the Brits took a hostile position on local food, when in fact the document is merely in sync with the rest of the green avant-garde. New thinking recognizes that the 100-mile diet is not a cure-all and that if local food is not sustainable, nearby loses its allure.

Likewise, the Globe in some airhead leap assumes that the frequent references in Food 2030 to the need for innovative methods imply support for genetic engineering.

Not too likely, given that there are no references to GE in Food 2030. This, in all likelihood, is a sign of agreement with Defra’s chief science adviser, Bob Watson, author of a major report for the UN arguing that GE’s boast about feeding the world is more hype than science. True innovation, he wrote, is about changing power relations more than seeds.

British food and environment groups were nonplussed by Food 2030. All talk, no action, charged Jeanette Longfield of Sustain. It sidesteps the issue of meat reduction, charged Friends of the Earth.

These and other shortcomings need to be aired. But a new discussion has been joined – or as the Brits would say, “joined up” – and a page turned. Too bad the Globe mangled the message.

If only our feds would go for the same

• Food produced and processed to provide a healthy natural environment

• Food produced by a low carbon system where waste is reused, recycled or used for energy

Adapted from the British government’s Food 2030