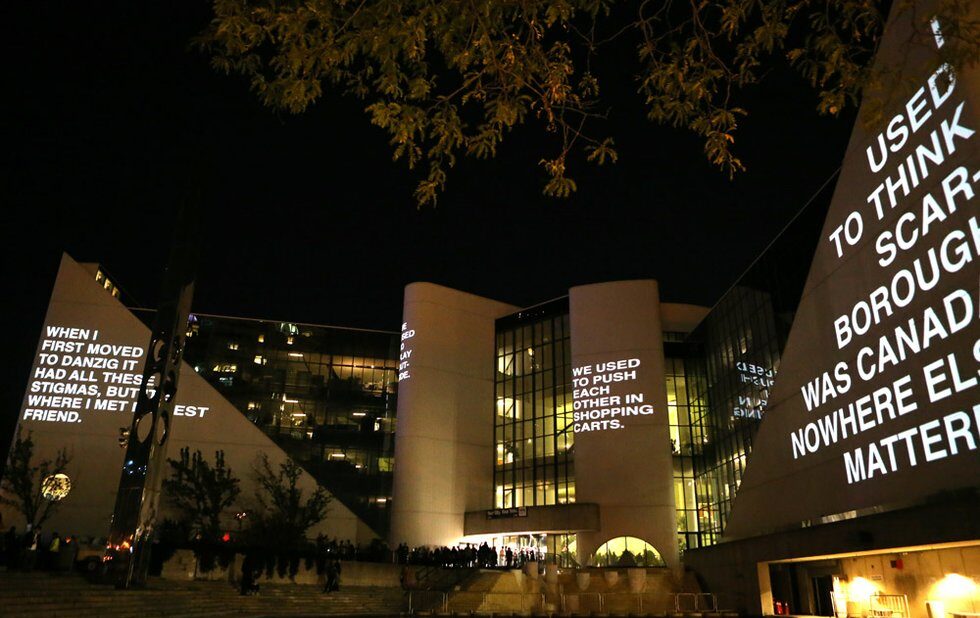 Scarborough is not only home to some of the best parks and restaurants in Toronto, but a beautiful mosaic of people from different backgrounds and cultures.

But those who typed “Scarborough” into Google’s search engine last week were offered a  drastically different picture. Alongside a map and short paragraph describing the area was a photo of a semi-collapsed house.

The image, from a news story this past April, made the rounds on social media and local news. I came across it while browsing Facebook’s Weird Toronto page. There was much joking about it online. Among the comments: “You can’t spell Scarborough without ‘ugh.’”

Google has since taken down the image, telling the Toronto Star that photos for their posts are “automatically generated.”

Still, as someone who grew up in Scarborough, I was offended.

I didn’t always feel this way about “Scarberia.” As a teen, I didn’t want to live in Scarborough.

If you didn’t have a car or Metropass to get around, everything seemed so far away. I couldn’t go to the mall or track and field practice without taking two buses. Commuting to Toronto took an hour and a half on the TTC. I longed to live downtown where I could walk wherever I wanted to go and stay out as late knowing that home was just minutes away.

People viewed Scarborough negatively. Those I met at university would ask me if it was “dangerous.”

Many people I knew saw Scarborough as “a ghetto” of Toronto. Even people from Scarborough would often refer to it as “Scarlem,” making fun of themselves for living there.

Some of my own family members were influenced by the negative media coverage documenting shootings and robberies in Scarborough neighbourhoods.

De Leon is the author of Rouge, a book of poems about the 2012 mass shooting at a block party on Scarborough’s Danzig Street. Now an assistant professor of American Studies and Ethnicity at the University of Southern California, De Leon suggests that unfair media coverage and portrayals of the community played a part in Google’s search results.

He says that even among sociologists and policymakers “Scarborough is often thought about as a problem, whether that is because of infrastructure and housing problems, or because of violence.”

Scarborough has stereotypically been seen as “super dangerous” and “the boondocks.”

People rarely pay attention to how disadvantaged the area is economically and politically compared to other parts of Toronto. For example, he notes Scarborough’s need for infrastructure, opportunities for immigrant families and funding for arts and culture.

“In order to dismantle stereotypes and try to create alternatives, we actually need to be resourced and respected,” De Leon says.

To be sure, the conversations I had last week with people about Scarborough challenged me to look into my own biases. Scarborough is where many immigrant families like my own have laid down roots. It is a vibrant community of leaders and innovators. It’s also a place where I have met some of my greatest friends.

Having moved downtown for work, I found myself longing for home. And the unmatched diversity I saw whenever I went to Bridlewood Mall or the Agincourt Public Library. I missed bonding with my family over dim sum at Landmark Seafood Cuisine on McNicoll and Vic Park, or dinner at Bong Lua Vietnamese Restaurant on Birchmount.

And when I’d go out for a run, I’d miss doing laps around L’Amoreux, a place where I practiced for cross-country meets in high school.

This may not be Google’s version of the community, but it is what Scarborough is to a lot of people – a place to call home, no matter where you are in the world.