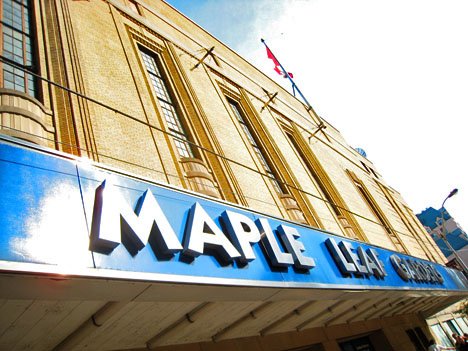 We’re about an hour away from the billboard vote at city hall. Will the city show some backbone and find a painless source for $11 mil or will the lobbyists win again?

It’s World AIDS Day today. That means plenty of discussions, exhibits and entertainment out there to partake in. And if you’re deciding between Starbucks and Tim Hortons this morning, Starbucks is donating a nickel from each coffee to AIDS medicine and Hortons, well, at least they’re not still supporting gay marriage bans.

While today is a red ribbon day, the House of Commons just declared August 23 Black Ribbon Day – a day to remember the various European ethnicities devastated by the Nazis AND Communists after the divvy up of Poland in 1939.

Are people starting to quote that nut bar Infowars website to you? Being seduced by Friends of Science? Well, Scientific American has broken the “contrarian nonsense” down into seven rational points. Read it and be armed to defend yourself from the idiots pushing Big Oil’s agenda. Or at least it’ll help you understand why, globally, Canada’s image is in tatters.

Ryerson students will be paying an extra $126 now after a $60 mil deal went through to turn Maple Leaf Gardens into a rec facility/Loblaws by Spring 2011. Of course, the rink will be inconveniently located on the third floor so people can shop easily. “Consumers first” is becoming a Ryerson building plan mantra.[rssbreak]